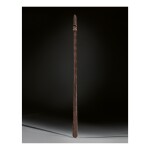 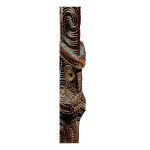 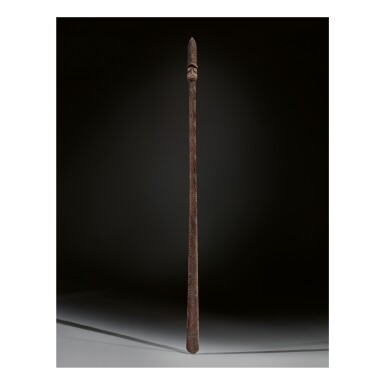 Harry A. Franklin Beverly Hills, acquired by the 1960s

The taiaha was the most widely favored of the three types of two-handed long clubs used by Maori. The pointed end is in the form of a carved tongue sticking out from the open mouth of the head, or upoko. This gesture was "a ritualized challenge given by Maori warriors, and thus the form of the weapon is connected to one of its aggressive functions" (Hooper, Pacific Encounters, London, 2006, p. 141).