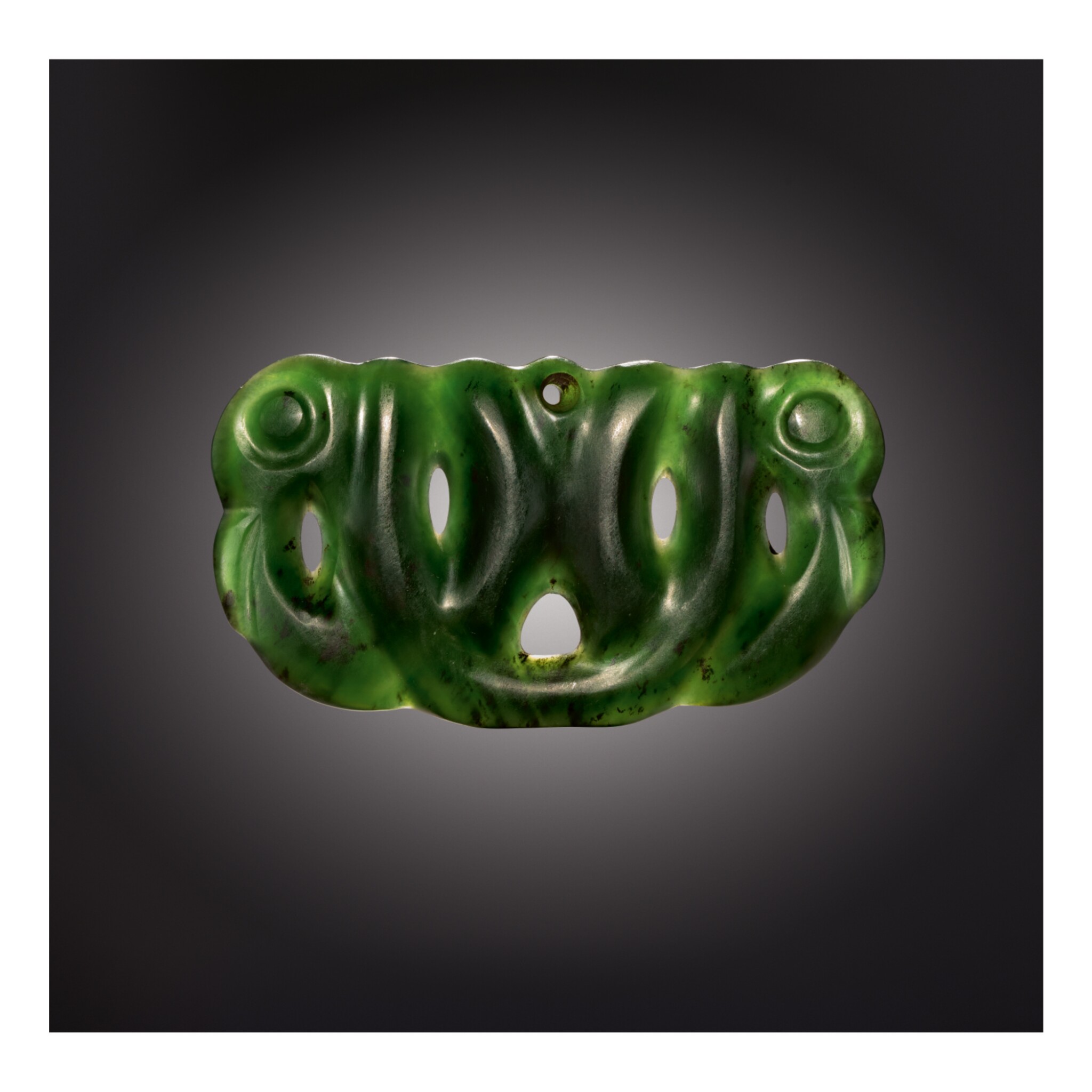 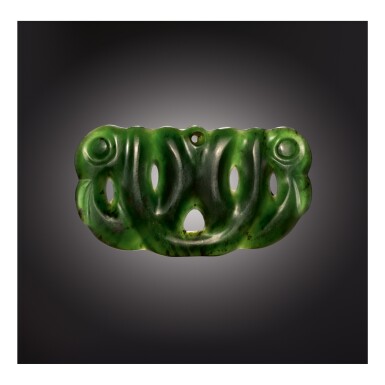 The pekapeka is a rare form of Maori pendant, sometimes identified as an ear ornament. They exist in far fewer numbers than the celebrated hei tiki. Pekapeka is the Maori word for bat, to which the pendant bears a resemblance. The thin edges of this pendant readily catch the light, illuminating the outline of its looping forms and highlighting the beauty of the pounamu, which is of the famous kawakawa type.

The present pekapeka has a long provenance which ties it to members of the Ngāti Whakaue iwi of Rotorua, in the Bay of Plenty area of the North Island, its first recorded owner being the celebrated chief Hori Haupapa. In his later years Hori Haupapa was visited by the English ethnographer James Edge-Partington, who described him as a chief "formerly of great stature, and noted for his enormous strength." (Edge-Partington, Random Rot: A Journal of Three Years’ Wanderings about the World, Altrincham, 1883, p. 372-373). Roger Neich, the scholar of Maori art, knew a number of the later owners of this pendant personally.