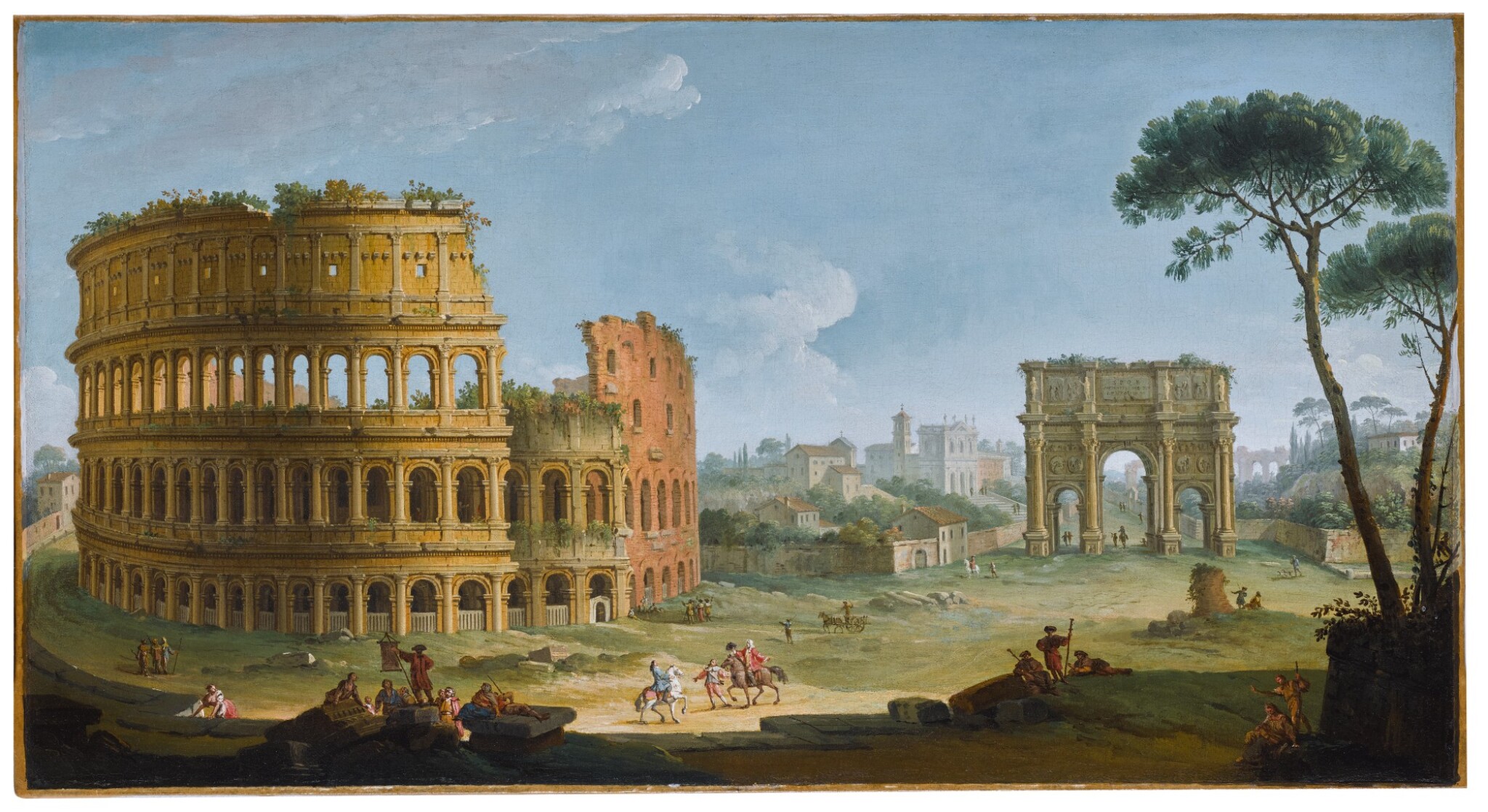 Rome, a view of the Colosseum and the Arch of Constantine

The canvas is lined, the paint surface is clean and the varnish is clear and even. Inspection under ultraviolet light reveals thin lines of retouching around all four margins, and some wash retouching predominantly in the centre of the sky, along with a scattering of small, fine lines. The painting is in overall very good condition, without any need for further attention.

Born in Modena, Antonio Joli travelled throughout Italy and as far afield as London and Madrid, enjoying a highly successful career as a painter of vedute and capricci. This is one of three closely related versions of this composition, the two others both painted on a much larger scale.1 The viewpoint is the same in all three paintings, which chiefly differ in their staffage – the larger canvases, for example, contain the figure of an artist sketching the ruins.

Joli used this smaller format for another of his popular Roman views, that of the Campo Vaccino, of which many versions exist, again all others being on a larger scale. The similarity between this picture and the smaller Campo Vaccino view,1 as well as the fact that no other versions were painted on this scale of either view, might suggest that they were once pendants. The topographical accuracy and detail of the views of these famous monuments suggest that Joli may have been using earlier drawings executed in situ while he was in Rome, where he is documented as a member of the Accademia di San Luca in 1719.

Toledano (see Literature) suggests that the 'limpid and elegant' style of the present canvas indicates that it may be a mature work, painted after Joli's return from England in 1754, at which date he settled in Venice, where he became one of the founding members of the Accademia di Belle Arti. In 1761 he moved to the Bourbon court in Naples, where he died in 1771.