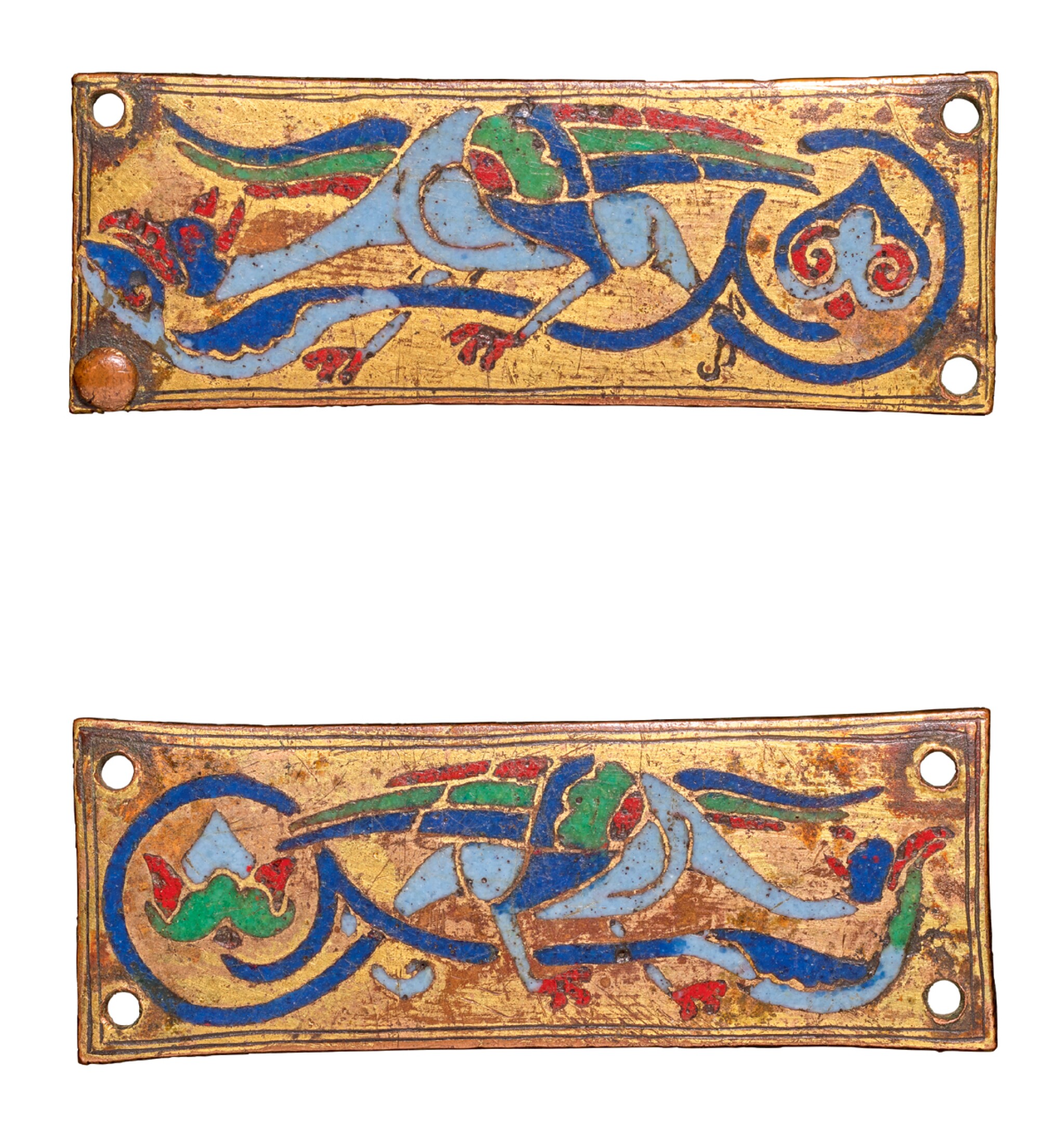 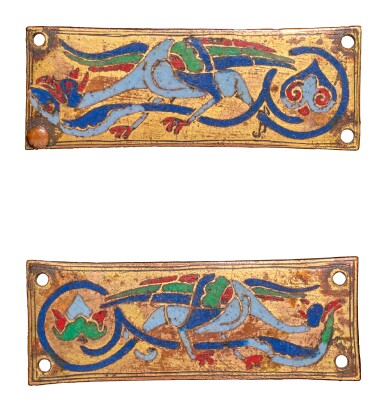 PAIR OF PLAQUES WITH MYTHICAL BIRDS

Overall the condition of the plaques is good, with minor dirt and wear to the surface consistent with age. There are a few very small losses to the enamel, including to the beaks of both birds. There is minor pitting to the enamel throughout. The gilding of the copper has rubbed in areas. There is minor scratching to the surfaces throughout. Each plaque has four holes for mounting; there is a metal pin within one of these, and there is some tarnishing around the holes. There is some wax residue to the reverse of the plaque which has engraving.

This rare pair of plaques with elegant exotic birds relates to a presumed early Aquitain workshop in Spain, at whose centre is the important Altar Frontal from the Abbey of St. Dominic at Silos, which was under royal patronage. The Silos Frontal, now in the Museo Arqueologico, Burgos, is adorned with plaques showing closely comparable birds within stylised foliate tendrils in the same colour scheme. Several further individual plaques have been associated with Silos, including three roundels in the Musée du Louvre (inv. nos. OA 11794-11796), which were formerly in the Augusta Lambert and Adolphe Stoclet collections. Some stylistically analogous works, such as a plaque with Christ in Majesty in the Cluny Museum (inv. no. Cl. 13070), have however been catalogued as either Spanish or Limousin (Taburet-Delahaye and Boehm, op. cit., no. 12). An intriguing feature of one of the present plaques is the partial engraving seen on its reverse, which indicates that it was used as a trial piece.