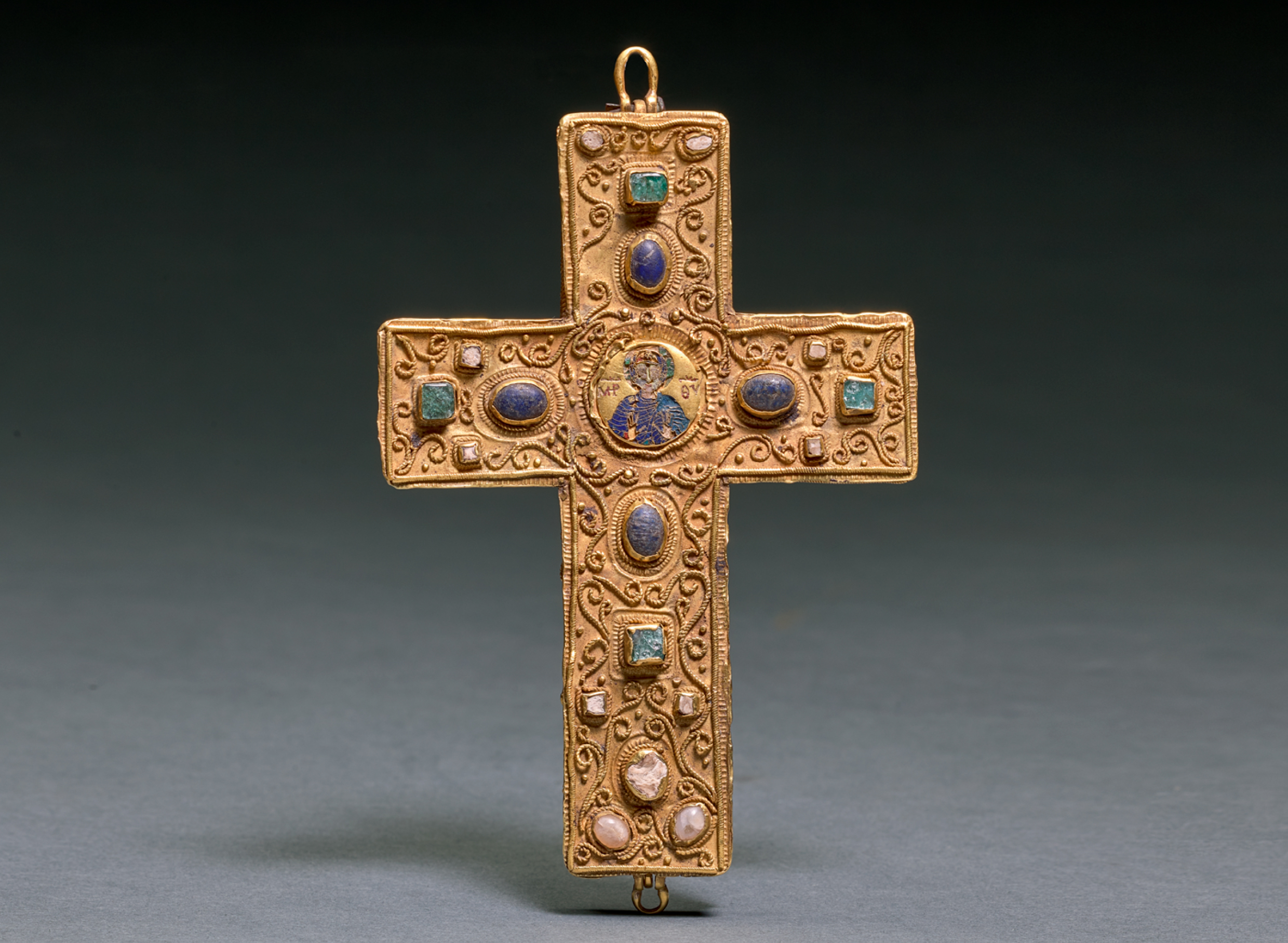 gold, set with cabochons and filigree, and cloisonné enamelled gold

Reliquary crosses were made throughout the centuries during the existence of the Byzantine Empire. While the combination of mounted roundels and cabochons is a feature of 11th-century reliquaries from Constantinople (cf. M.C. Ross, op. cit., no. 154), the filigree scrollwork and the central placement of the enamel on a cross only seem to occur on later objects, namely from the Greek and Italian outliers of the empire (see M.C. Ross, op. cit., no. 159 and Cormack and Vassilaki, op. cit., no. 188). There seems to be a particular concentration of such crosses in Italian church treasuries, even though the origin of most of these objects is unclear (Hackenbroch, op. cit., figs. 31-54 and 65-66). The roundel is likely to pre-date the cross and does not quite appear to fit into its setting, indicating that it is probably associated. The reliquary nonetheless represents a rare survival of its kind in private hands.