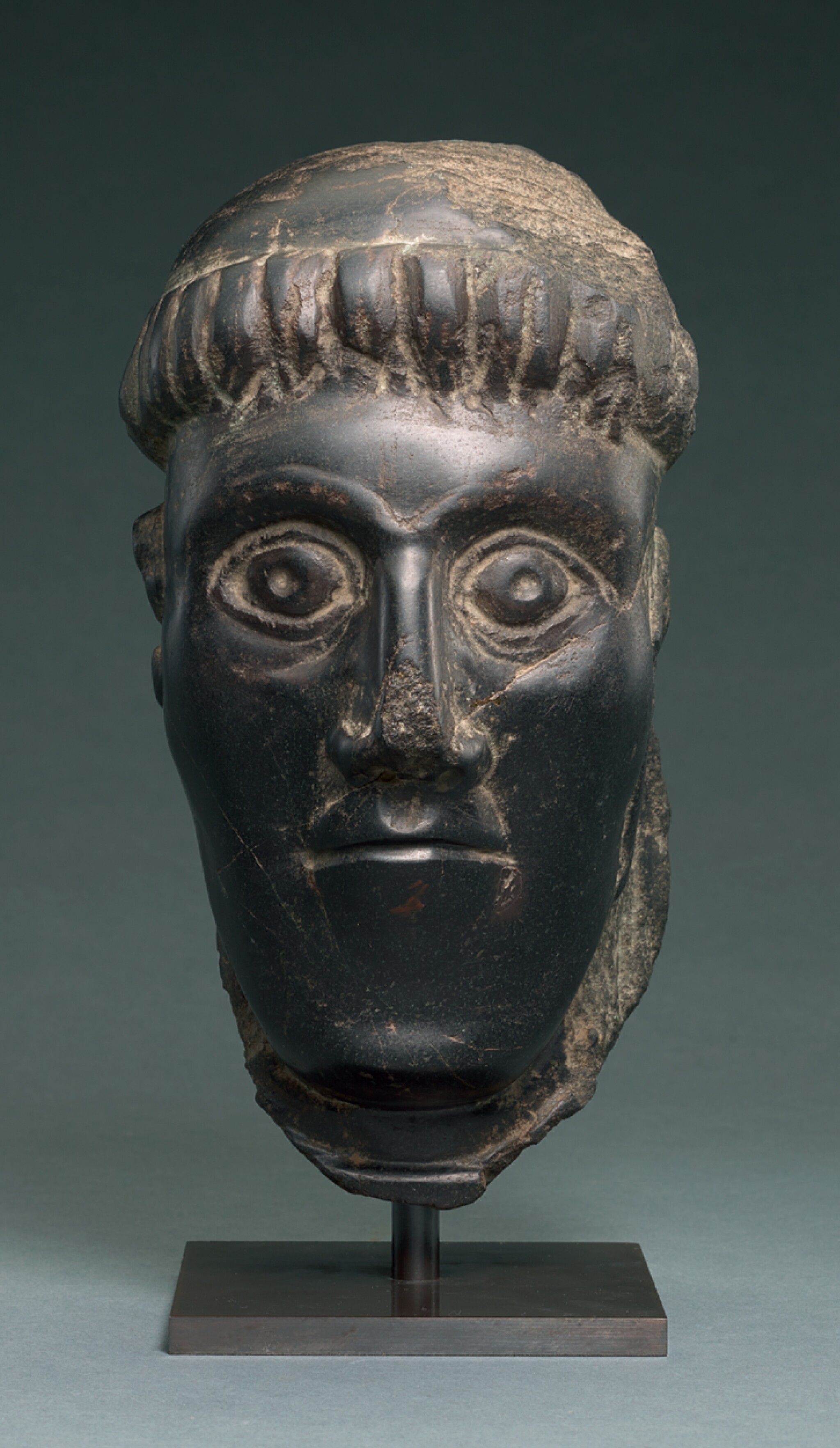 HEAD OF A BISHOP SAINT

basalt, on a modern metal mount

The head is a fragment and as such the surface is uneven at the neck. Notwithstanding the great age of the head and the fact that it is a fragment, the condition is good overall. There is dirt and wear consistent with age. There is an area of loss to the proper left side of the top of the head. The end of the nose is lost. There is natural veining to the stone including a slightly open vein at the proper left cheekbone running across the edge of the proper left eye down to the nose. There are some further slightly visible veins at the proper right cheek and to the chin. There are various minor scratches and abrasions, including to between the eyebrows. Dirt residues to below the bottom lip. The back is uncarved and there is a hole/inlet presumably for mounting. There are some minor cement residues to the back. The discreet modern metal mount is in good condition.

When this rare early Irish carving was sold at Sotheby's in 1989 it was described as 12th/ 13th century. The head is distinguished by the characteristic Irish Crozier to the proper left side of the Bishop's face. Such Croziers have traditionally been associated with the 11th century, but, in 1941, Raftery, in the second volume of Christian Art in Ancient Ireland, concluded that the 11th century was a period of possible reburial of Croziers, and that metal Croziers were known in Ireland as early as the 9th century. The crook on the present sculpture takes the characteristic form best known in the famous (and more elaborate) Lismore Crozier (circa 1100; National Museum of Ireland, inv. no. NMI L1949:1). A number of other Croziers of this form exist, dating from the 9th through to the 13th centuries, and include the famous Prosperous Crozier, which is one of the earliest and is believed to date to the 9th or 10th century (see Bourke and Hook, op. cit., p. 133). The face of the present bishop with his 'worried' expression is closest to Romanesque sculpture seen in England in the 10th/ 11th century. This, together with the characteristic Irish Crozier, justifies a dating to around the 11th century for this evocative relic of early Irish art.