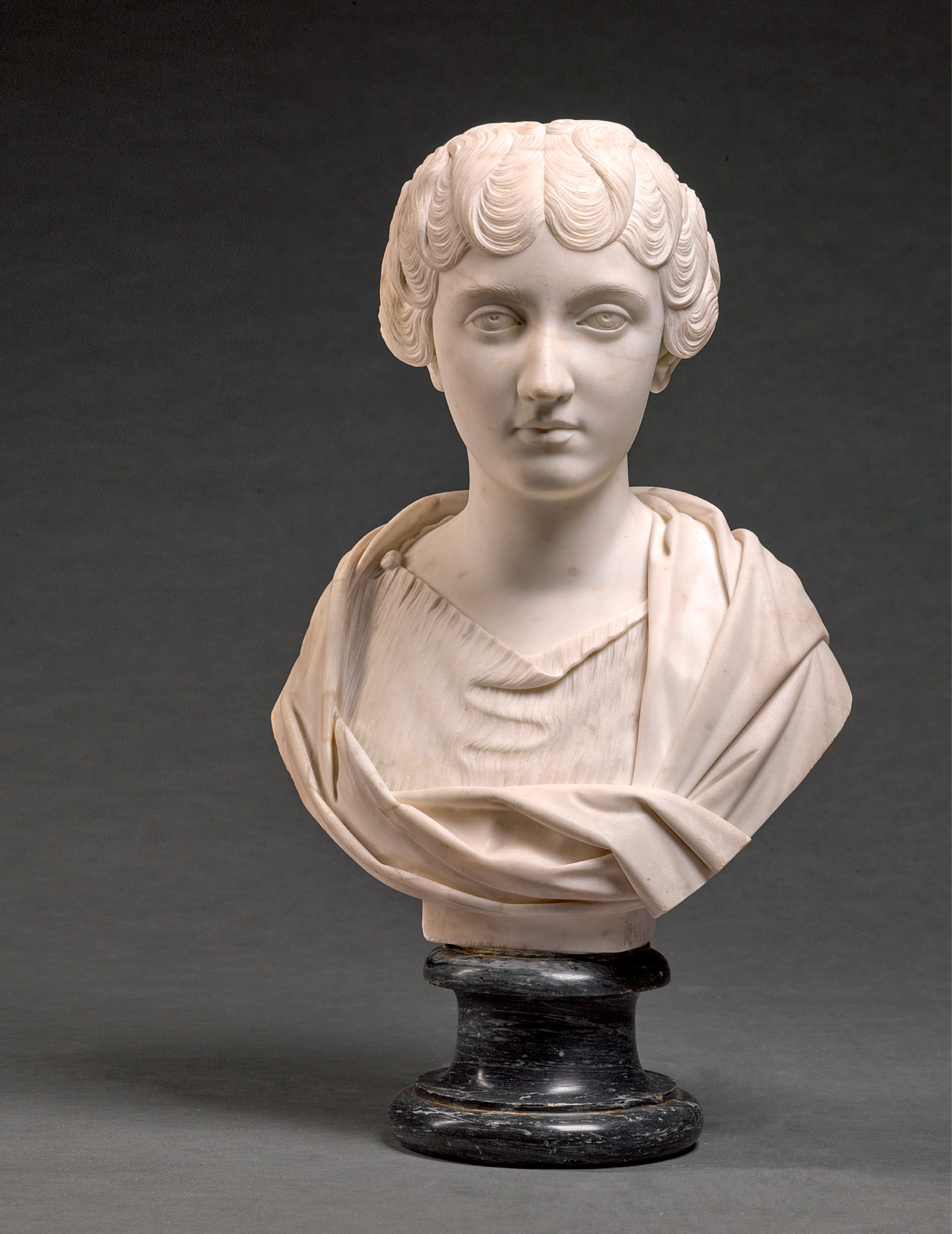 BUST OF FAUSTINA THE YOUNGER

marble, on a grey marble socle

Overall the condition of the marble is excellent with minor dirt and wear to the surface consistent with age. There is minor natural veining to the marble consistent with the material, in particular faint veining to the face (across the eyes). There are some very minor chips and abrasions including to the edges of the bust. There are a few very minor naturally occurring inclusions to the marble. There is general minor wear to the socle including a few natural inclusions.

This very fine bust is a rare autograph marble by the important 18th-century British sculptor resident in Florence, Francis Harwood. Relatively little is known of Harwood’s life. His biography is formed principally by a series of anecdotes and snapshots, of which the most amusing is Joseph Nollekens’ badly written line in a letter dated 1769 referring to an ‘FH… [who was] knocking the marbil about like feway [fury] & belive he as got more work to do than any One sculptor in England’ (Roscoe, op. cit., p. 584). What is clear is that Harwood spent most of his life in Italy, arriving in Rome in 1752. He subsequently settled in Florence (from 1753), where he worked in the studio of Giovanni Battista Piamontini, which he ran after the latter’s death in 1762. The awarding of a public commission for a statue of Equity to surmount the new Porta San Gallo underscores Harwood’s burgeoning status as an important sculptor. It was this commission which brought Harwood to the attention of visiting Grand Tourists and, in particular, to the British envoy and revered aesthete Horace Mann, who praised the sculptor’s talent and later gave him the commission for his own tomb. Prominent patrons included James and Robert Adam, who instructed Harwood to create the lifesize Apollo for the magnificent dining room at Syon House in Middlesex. Harwood was celebrated for his very fine copies of busts after the antique, of which this is one. Compare with the bust of Homer which sold in these rooms on 3 December 2014, lot 105, for £242,500 (aggregate).