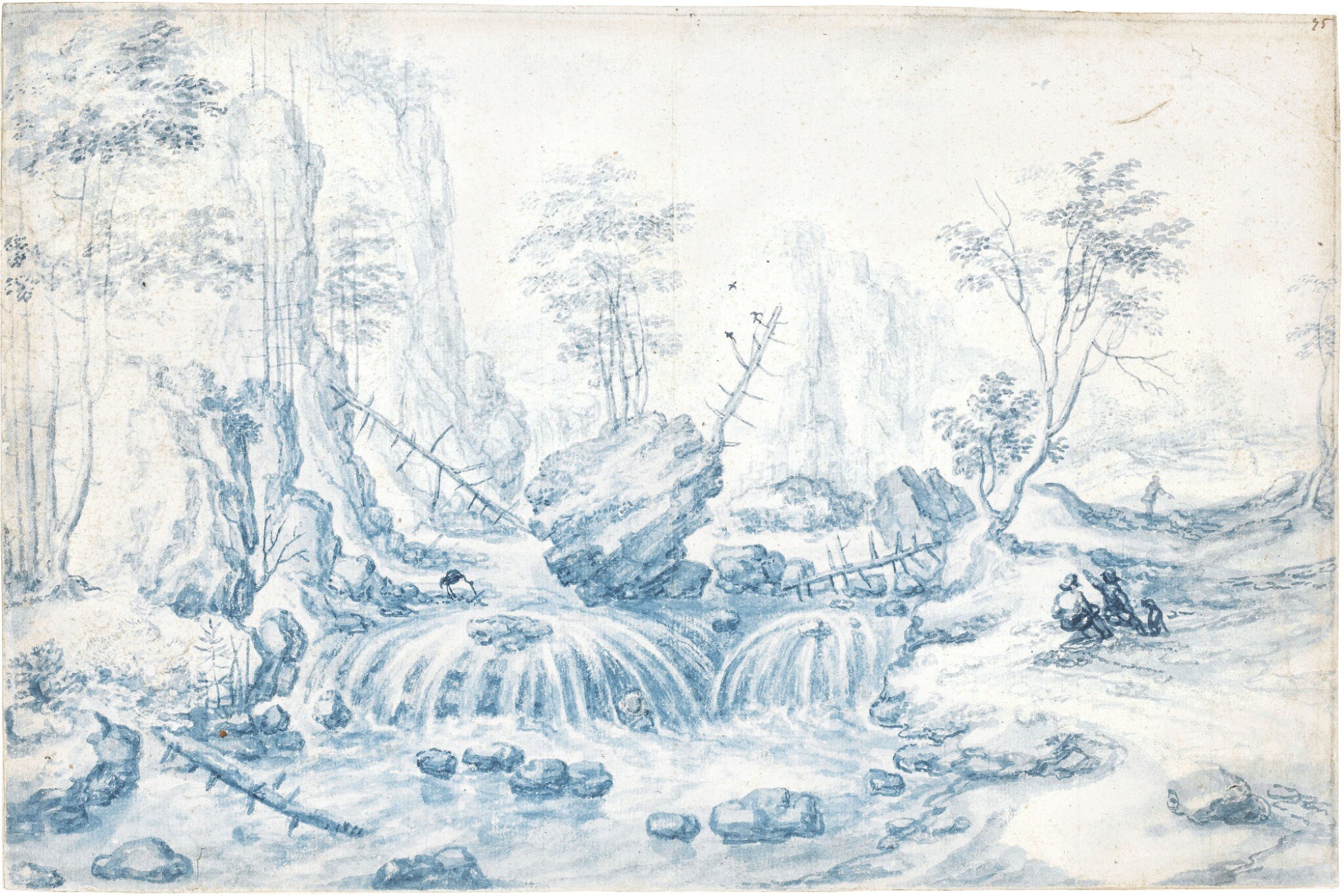 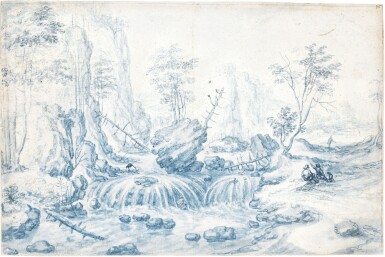 ISAAC MAJOR | A RUGGED MOUNTAIN LANDSCAPE WITH FIGURES BY A WATERFALL

ISAAC MAJOR | A RUGGED MOUNTAIN LANDSCAPE WITH FIGURES BY A WATERFALL

A RUGGED MOUNTAIN LANDSCAPE WITH FIGURES BY A WATERFALL

Point of the brush and blue wash, within partial black chalk framing lines;

This drawing is by the same hand as a coherent group of landscapes drawn with the brush in blue ink and wash, examples of which are at Yale, The Metropolitan Museum, New York, Paris, Berlin and Copenhagen. These drawings were historically attributed to a number of artists, most frequently Jacob Savery, but Joaneath Spicer convincingly attributed the group to Isaac Major, comparing them with Major's graphic work and noting their reliance on Roelandt Savery. In publishing the Yale drawings, Thomas DaCosta Kaufmann summarised Spicer's arguments, and endorsed her attribution to Major.1