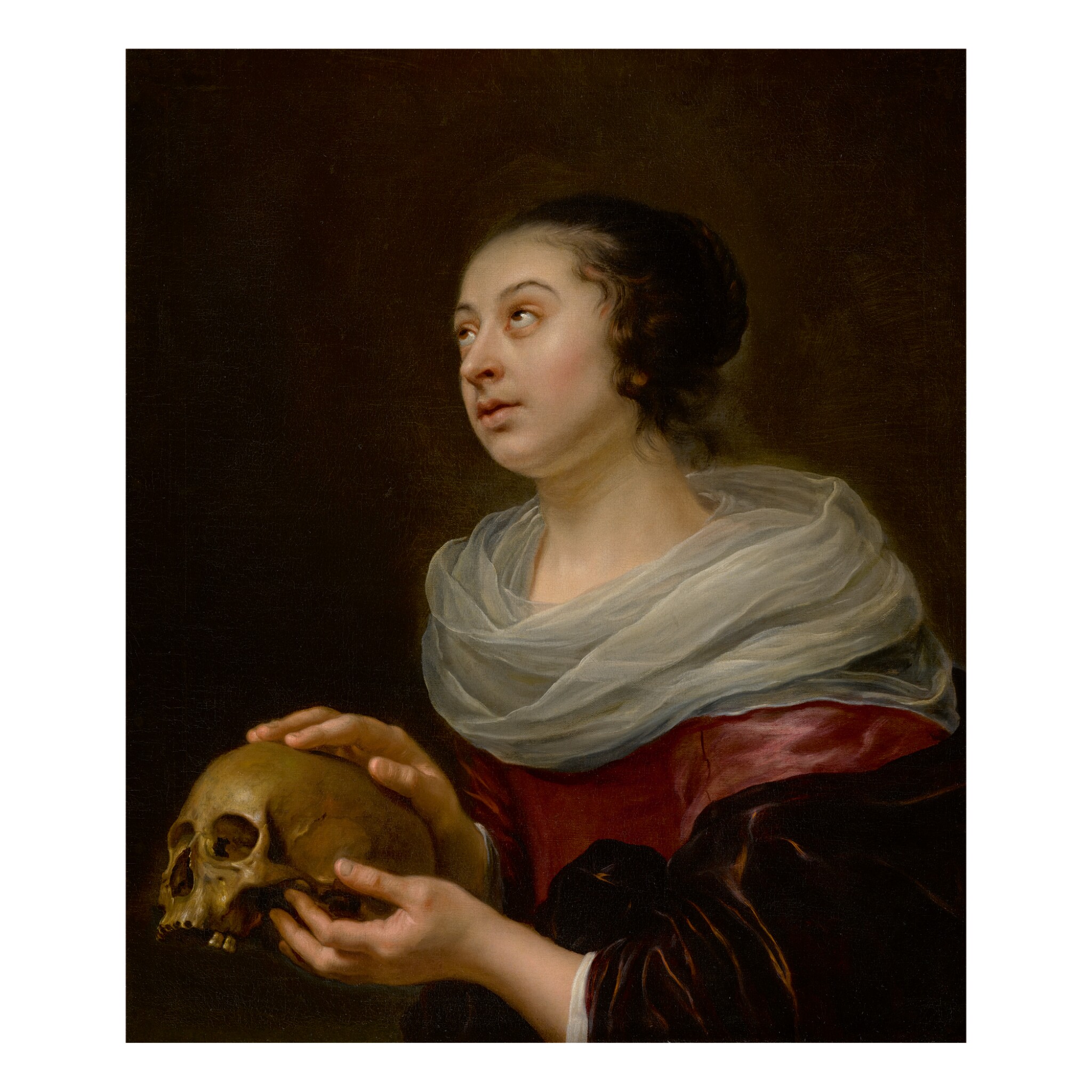 A VANITAS PORTRAIT OF A YOUNG WOMAN, HALF LENGTH, HOLDING A SKULL

Canvas is lined. A beautiful image reads well, especially on the details of the skull and hands. A few areas in the background, like the hair of the sitter, have sunken. Inspection under UV shows some scattered spots of retouching at the bottom right corner. Thin, scattered inpaintings fluoresce on the sitter's face, neck, and proper left arm though these are not visible to the naked eye. Two slightly bigger spots of retouching are at center on the figure's neck, which are visible to the naked eye. Offered in an ebonized wood frame.

Though a relatively rare artist, Jan Olis’s artistic legacy is quite varied. In addition to genre paintings, comprised of conversation pieces and guardroom scenes in the tradition of Anthonie Palamedesz. (1601-1673) and Pieter Codde (1599-1678), Olis is known for renderings of individual figures on a much larger scale, of which this painting serves as an illustrative example [1].

In this vanitas scene, the skull represents the transience of time and the inevitability of death. This symbolism is combined with a clear spiritual connotation as the young woman's eyes gaze towards the heavens seeking guidance. Jan Olis explored such imagery on other occasions, including a painting in the Musée des Beaux-Arts, Lyon of an Old Man Praying, which is datable to circa 1650. A notable difference between these two paintings is the disparity in age of the sitters. While the Lyon painting portrays an elderly penitent awaiting salvation, this painting shows a delicately rendered youthful sitter filled with piety and hope.

We are grateful to Dr. Paul Huys Janssen for endorsing the attribution to Jan Olis after firsthand inspection.