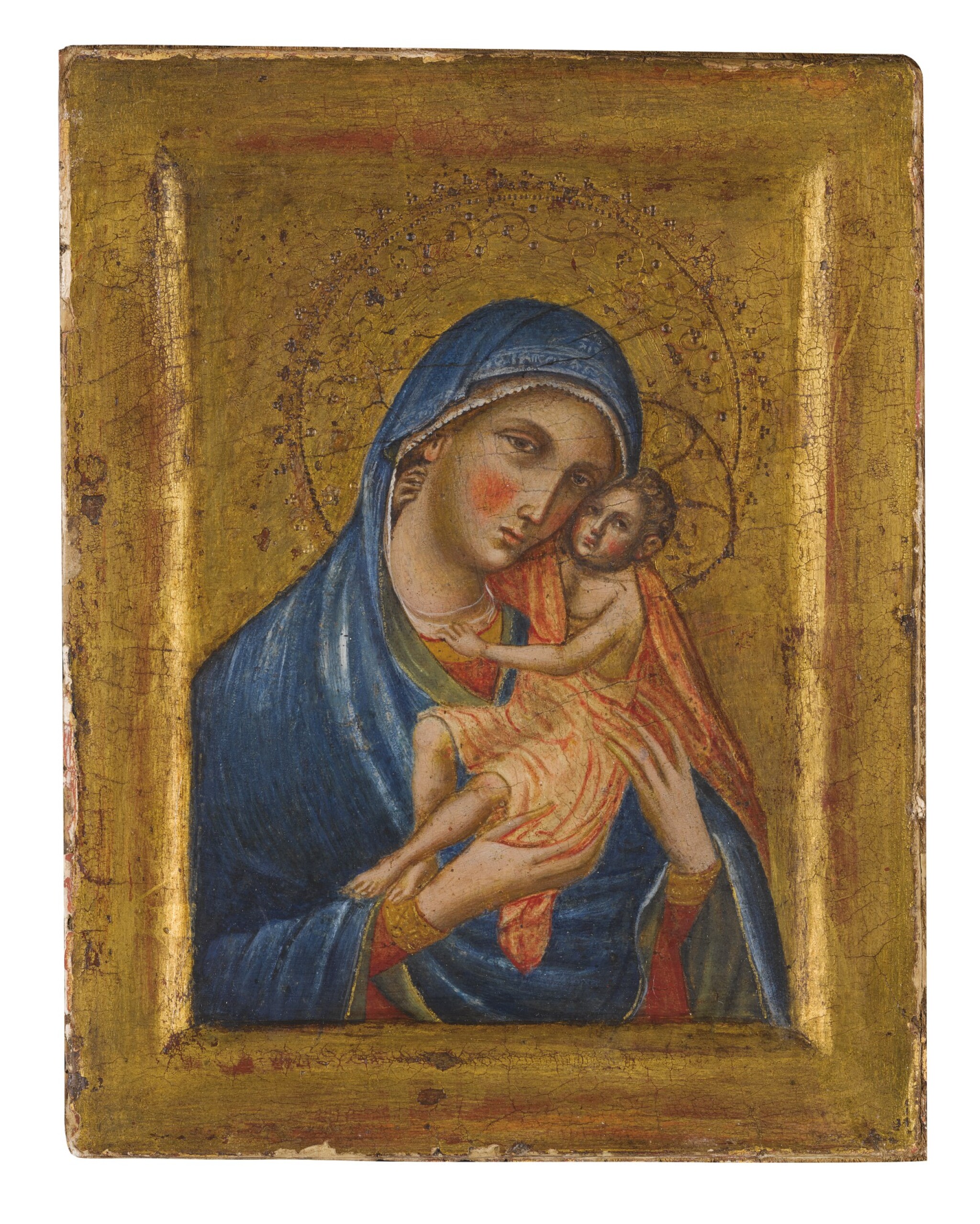 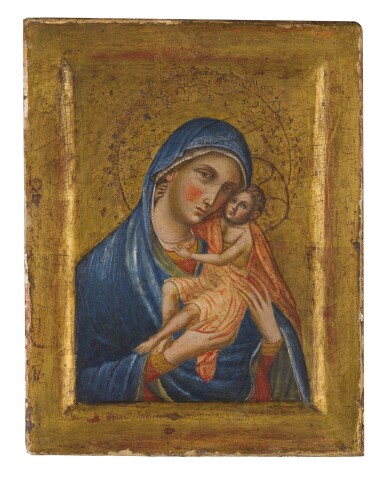 This intimate devotional panel likely belonged to a larger arrangement, and can be attributed to a member of Paolo Veneziano's extensive workshop, whose collaborative output is considerable. Scholars now understand that virtually all paintings from Paolo's worskhop involved at least two hands, and the present painting may be such a case. The composition is based on the lower central panel of an altarpiece now in Avignon, whose other panels are dispersed between the Getty Museum, Los Angeles, the National Gallery of Art, Washington, and the Worcester Art Museum.1 A similar altarpiece of smaller dimensions with a Madonna and Child panel remains intact in Parma's Galleria Nazionale.2

The artist has employed Paolo's motifs of the Christ Child holding onto His mother's neck and Mary in return bending her face closer to her Son's as in the Avignon panel. However, here the two faces are touching, making this an even closer relationship than in other extant panels, and one probably informed by a Byzantine sensibility. The second generation of artists in Paolo's workshop moved toward more Byzantine stylistic elements such as this, in response to patrons and artists from across the Adriatic Sea.

The engaged framing device surrounding the Madonna and Child is slightly unusual in Venetian trecento painting, being more common to Florentine diptychs, however other examples exist in Paolo's oeuvre.3 It is possible that Paolo's workshop was involved in frame carpentry, resulting in unique painting formats like the present.