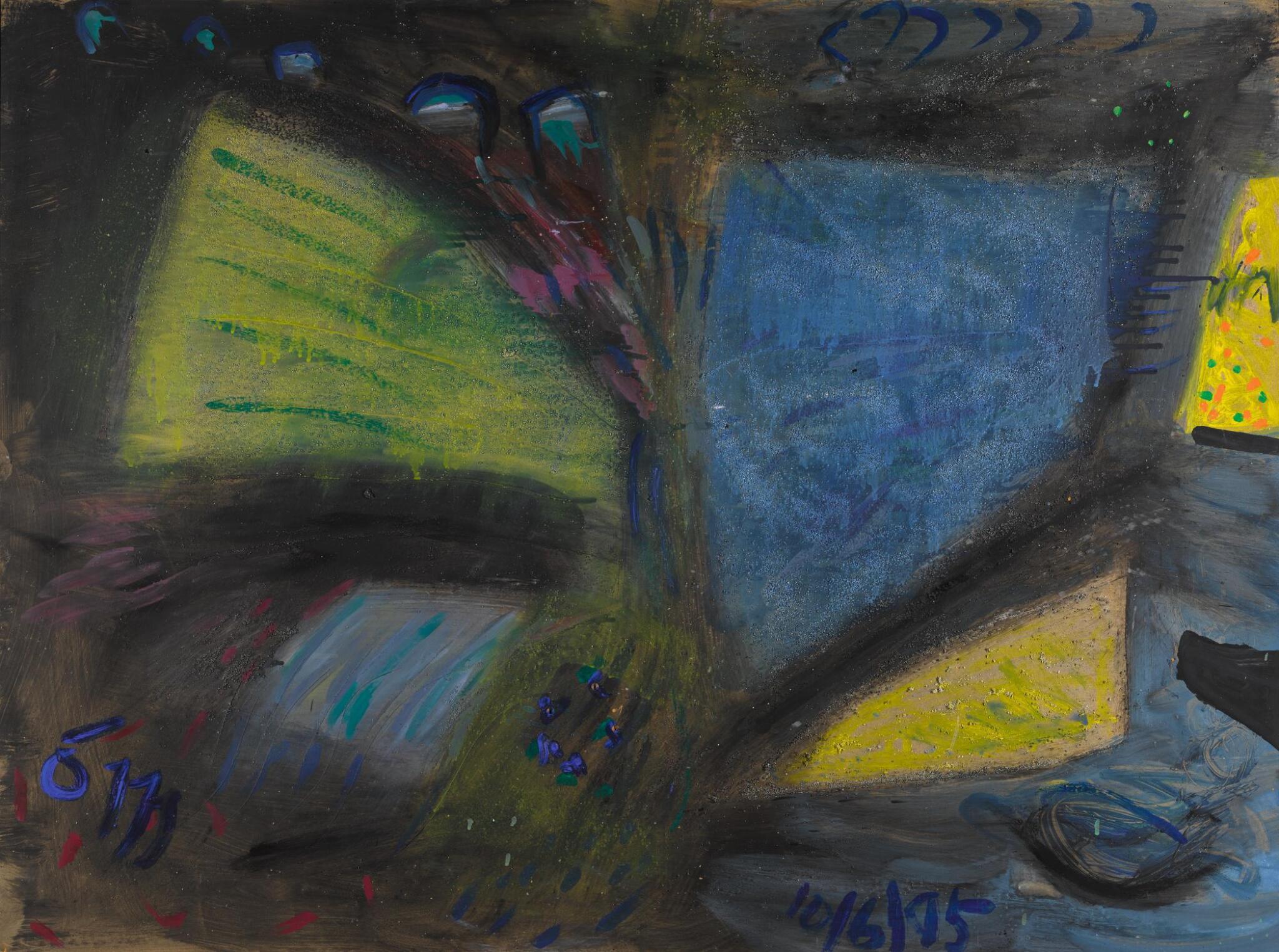 signed with initials l.l and dated l.r.: 10/6/95; also titled, dated 1995, signed and inscribed with the artist's address on the reverse

The board appears sound and the work in very good overall condition. The artist has intentionally used a sand like material within the paint and made 5 shallow drill holes in a circular pattern near centre of lower edge.

RTÉ Collection since circa 1996

A self-taught artist who broke off his previous career and turned to painting following a severe battle with tuberculosis in the 1940s, Tony O’Malley burgeoned as a painter of abstract landscapes to become an undisputed leading light of modern Irish art. O’Malley’s rich sensory imagination and distinctive ability to evoke vertiginous spaces or spiralling movement lend his paintings an elemental energy, forming self-referential, autonomous worlds of their own.

Critics eager to impose stylistic narratives on O’Malley’s long and fruitful career often divide up his oeuvre: in the first, figurative; in the second, following his departure from Ireland to live in St Ives, Cornwall, increasingly abstract. In Ireland producing cool and dark paintings, but after spending long periods in the Bahamas and Canary Islands, turning to warmer colours, more intense light and prodigious patterning. The present work, stimulated by one of O’Malley’s many visits to Lanzarote in the latter part of his life, questions such distinctions. Painted in darker tones with characteristic use of asymmetrical mirroring, O’Malley preferred the term ‘non-objective’ rather than ‘abstract’ to describe works such as this, insisting that his painting was rooted in direct observation. Seeking a language of pure form, O’Malley believed his introspective nature led to a rejection of imagery: ‘I arrived at the inner world from outside. I didn’t want to abandon the outer world’ (Quoted in Tony O’Malley, ed. Brian Lynch, 1996, p.38).