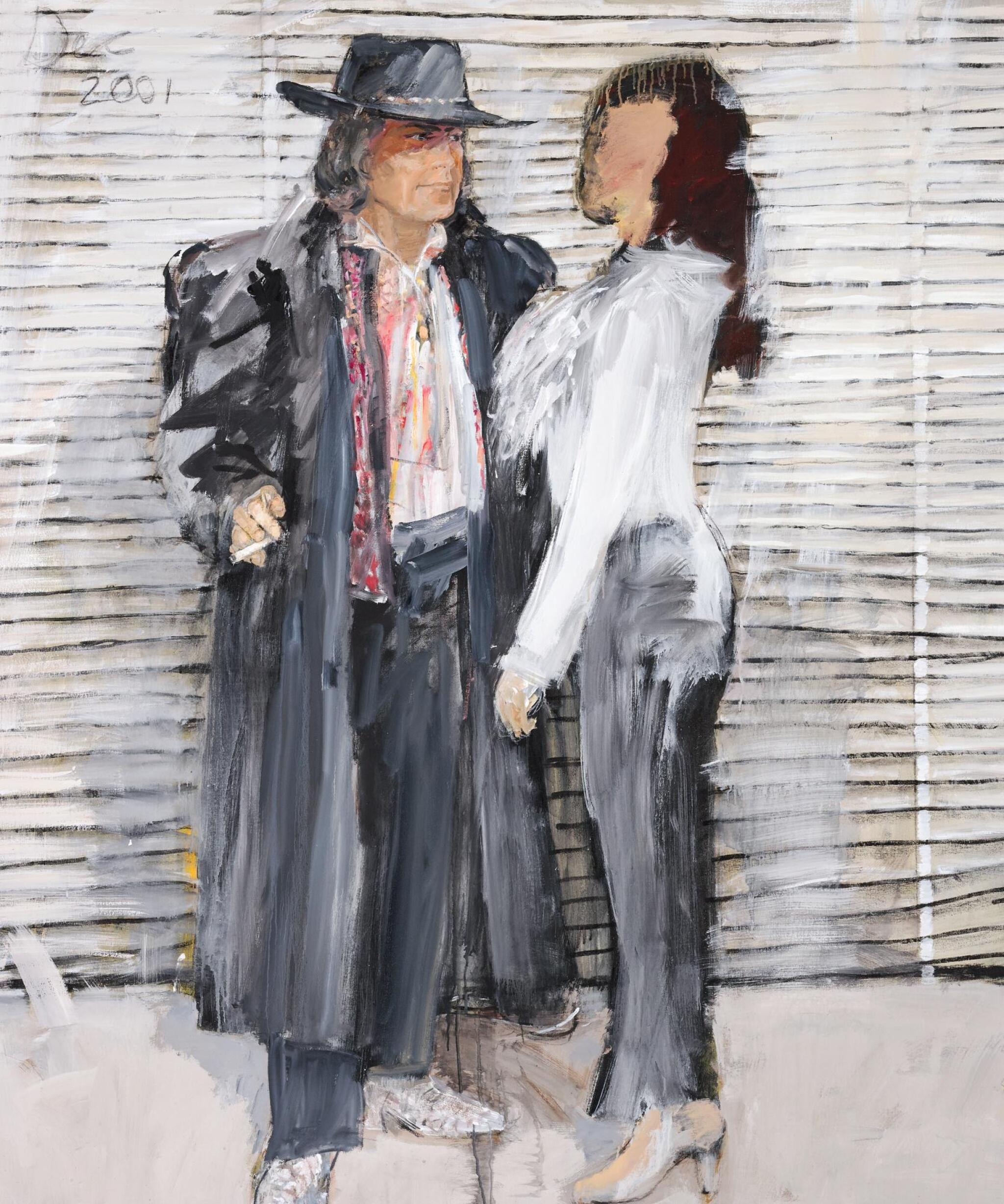 Purchased directly from the artist by the present owner

Basil Blackshaw wasn’t given to making double portraits normally and in the case of Graham and Jude it is now known, as was so often the case with Basil, accident played a big part.

The occasion was a party at the home of Northern Ireland sculptor Bob Sloan in 2001. Husband and wife team Graham and Jude Gingles are right at the heartbeat of Northern Ireland’s art scene, Graham a sculptor and painter and Jude a celebrated model best known as Blackshaw’s sitter for more than three decades as well as having a doctorate in anthropology.

According to Graham, he had turned up at the party with Jude wearing his ‘exhibition opening’ clothes replete with a hat, bedecked a silvery shiny dark coat, silver shoes, flashy scarf and topped off with multiple silver rings. Spotting Jude and Graham, Blackshaw grabbed a sheet of paper and a pencil and he executed a quick sketch of his good friends. He further prevailed upon Bob Sloan to take some photographs of the couple.

According to Graham, Basil identified the potential in the backdrop of the parallel lines of the venetian blinds (he hated venetian blinds) sliced down the middle by the two figures. Basil has always been a very geometric arithmetic artist.