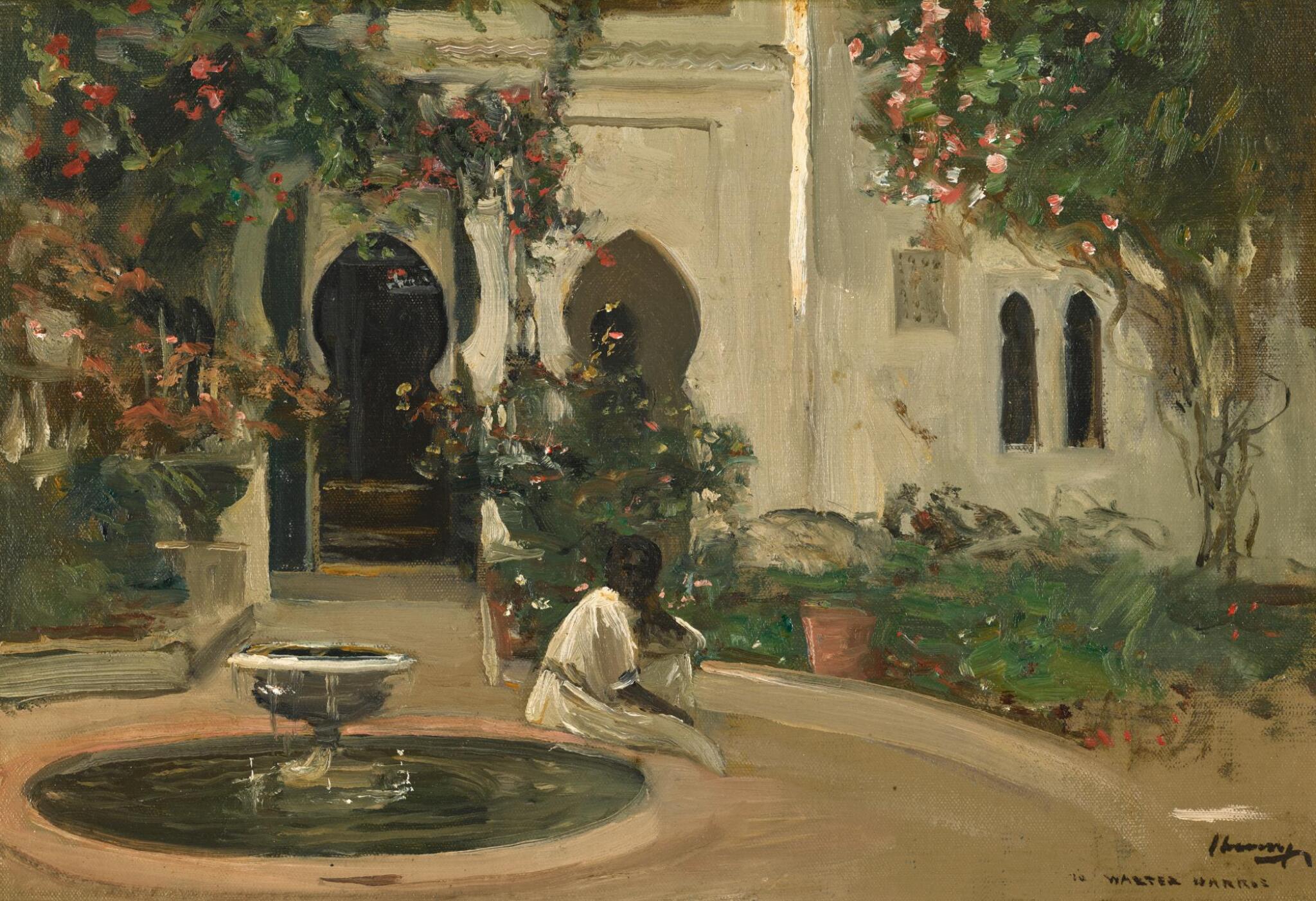 The canvasboard appears sound and the work in good overall condition. One or two minor spots of surface dirt.

Held in a gilt plaster frame, ready to hang.

Their sale, Adams, Dublin, 3 December 2014, lot 66 where purchased by the present owner

London, Goupil Gallery, John Lavery RSA, RHA, 1908, no.27, as The House of Walter Harris at Tangier

In 1894, on receipt of a legacy, Walter Burton Harris embarked upon an ambitious building project east of the Medina and close to what is now Plage Malabata at Tangier. The result was a resplendent Moorish villa, set in palatial gardens. Adjacent to the main building was a small fountain, a gathering place for guests at one of the Harris soirées. Since the nearby beach was a thoroughfare for tribesmen visiting the souk, during construction of the garden, The Times correspondent found it a useful location for picking up intelligence on the movements of local warlords. In a lighter vein he would converse itinerant traders and farmers describing their customs, colourful attire and good humour (see Walter B Harris, ‘In a Moorish Garden’, The Saturday Review, 2 April 1898, pp.456-7).

Two small garden elevation sketches of the house by Lavery are known - the present being that shown at the Goupil Gallery in 1908 and later inscribed to Harris. According to Brinton, the figure braiding her hair, is that of the writer’s servant. The second garden sketch includes the two vicious white peacocks who regarded the garden as their private domain, much to the dismay of the reporter’s more nervous visitors. Both sketches are likely to have been painted at the same time, c. 1906-7, when Harris, RB Cunninghame Graham and the artist visited Fez together.