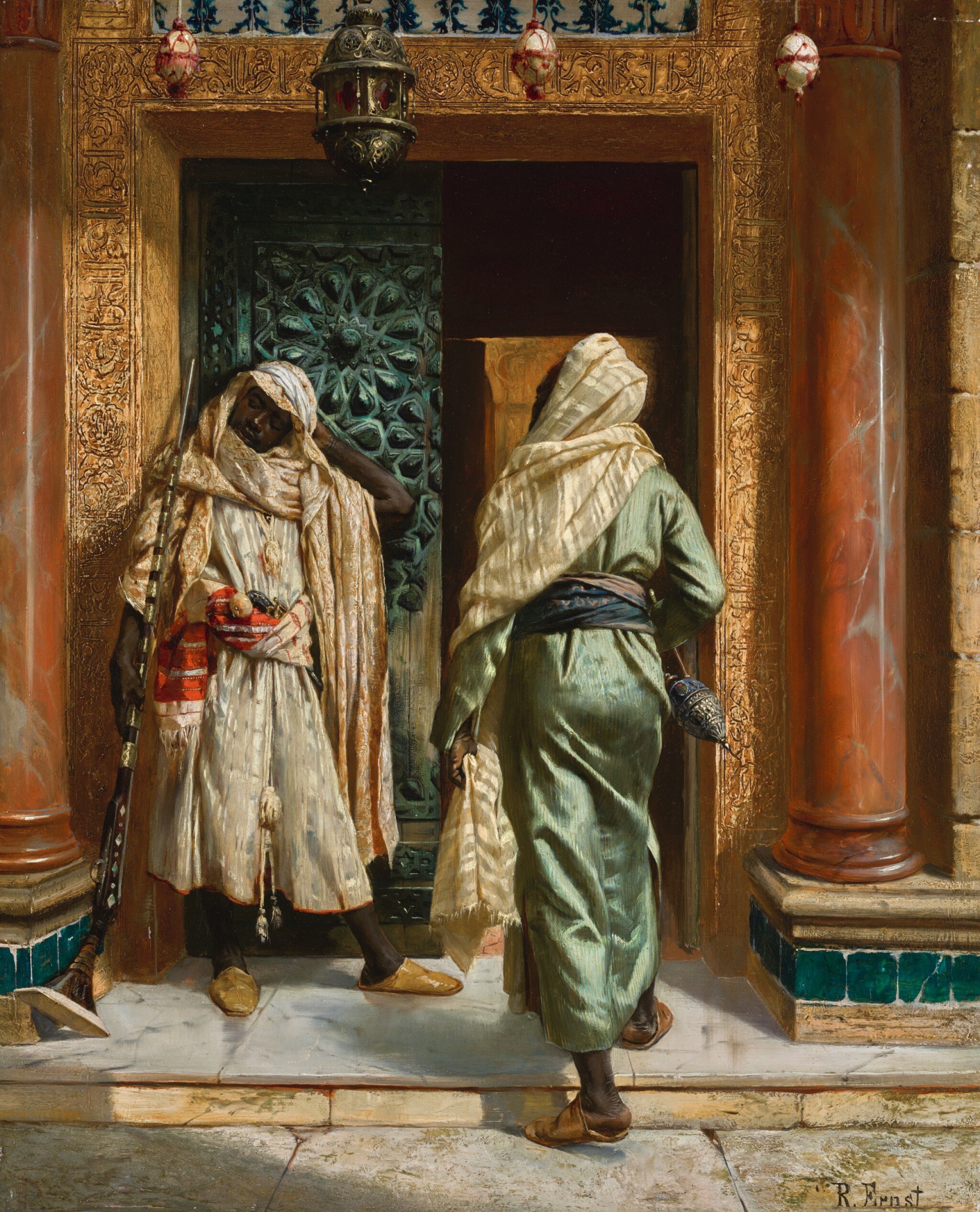 In this richly finished work, a Nubian guard stands before an ornate, patinated copper-plated wooden door. A second figure, bearing a powder flask round his waist, approaches him, possibly to relieve him of his shift. In ornament and design, the door resembles those decorative panels recorded by the great French artist and scholar Achille Prisse d'Avennes (1807-79), and may owe as much to one of these large, richly coloured lithographs, as to sketches made by Ernst on site. The eclectic components of the composition - the engraved stonework, the classical marble column, the glinting rifle, oil lamp and ostrich-egg pendants, and the sentinel’s smooth gleaming skin contrasting with his rich robes - make this painting, like many of Ernst's best works, a veritable tapestry in pattern and texture, a cumulative memory of his disparate travels in the Orient.

After studying at the Vienna Academy, Ernst travelled to Rome and, in the 1880s, to Spain, Morocco, and Tunisia. Later travels would take him to Egypt and, in 1890, to Turkey. In 1876, Ernst settled in France, exhibiting regularly at the Salon de la Société des artistes français and eventually taking French nationality. After starting out painting portraits and genre scenes, from 1885 Ernst turned exclusively to painting Orientalist subjects, which he worked up from the sketches, photographs, souvenirs, and memories accumulated during his travels. Almost all his paintings were executed in his studio in Paris, which he decorated in an eclectic Eastern style, and in which he would paint wearing a taboosh, in order to transport himself mentally into the world created in his paintings.