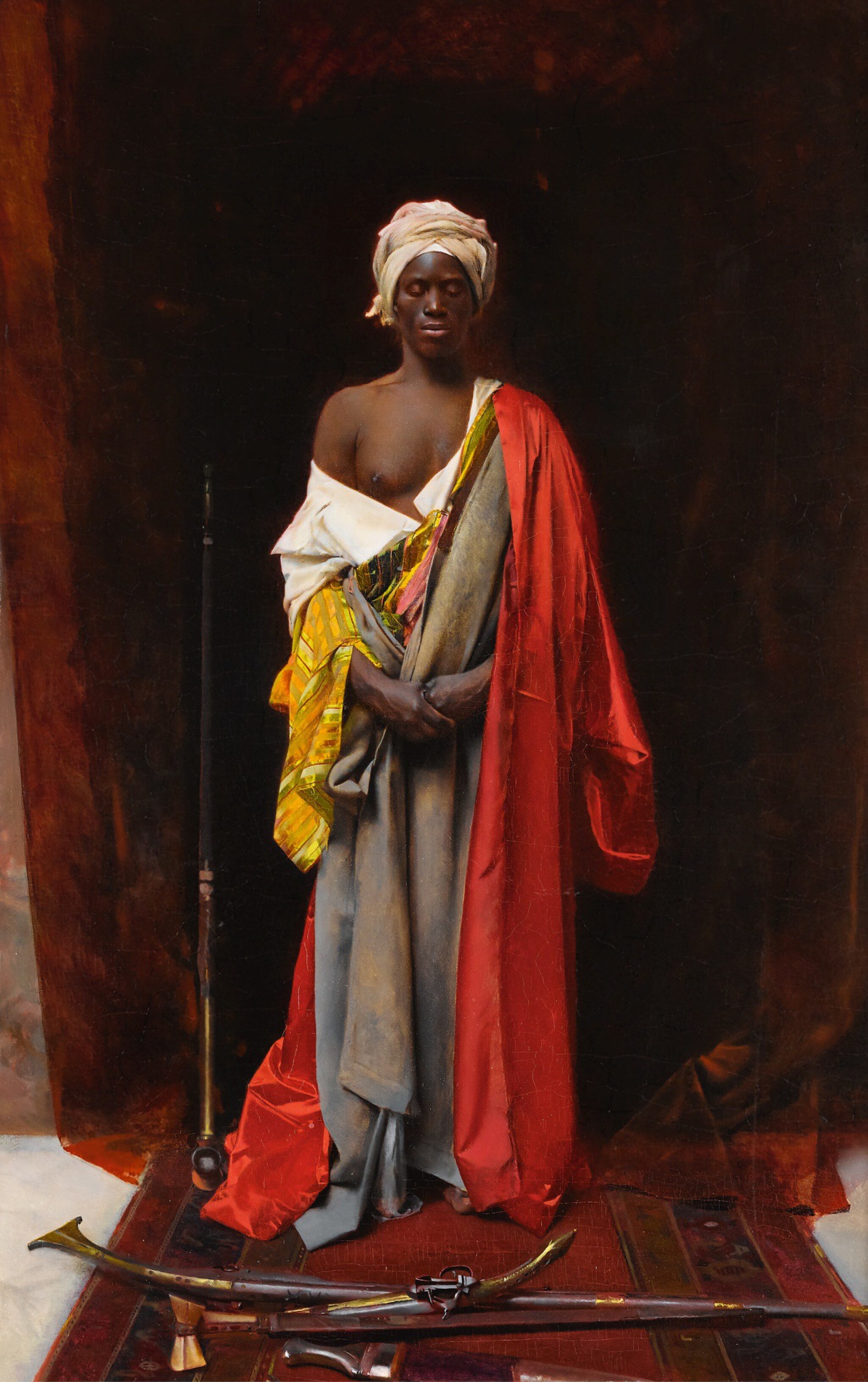 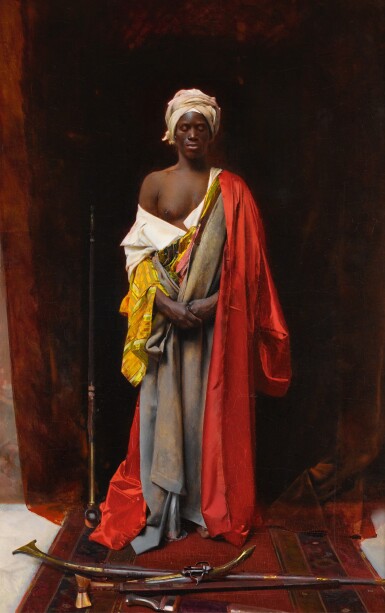 GEORGE SEYMOUR | A CONSECRATION OF ARMS

GEORGE SEYMOUR | A CONSECRATION OF ARMS

A CONSECRATION OF ARMS

A work of arresting frontality, profound atmosphere and rich colour, George L. Seymour’s A Consecration of Arms confronts the viewer with a figure in a state of total concentration. Imbued with heraldic imagery that is almost reminiscent of a medieval knight before battle, the warrior stands silently resplendent – chest partially exposed in a sensual intimation of strength – eyes closed and hands clasped in a bearing of satisfying balance. Seymour clothes his subject in tumbling layers of white, gold and a stridently red cloak, framing him to emerge from an inscrutable portal of dark fabric. The artist’s training as a draughtsman is betrayed by a level of detail that is almost photographic; the sharp definition of the meticulously delineated weapons in the foreground combines with the backdrop’s soft darkness to create a remarkable impression of clarity coupled with beguiling depth.

Seymour probably visited Egypt for the first time in 1881 on a voyage that inspired a series of atmospheric landscapes and studies of figures of various ages and social castes. It is possible that he was travelling with the antiquarian and friend of Flinders Petrie, William Loftie, for whom he produced a series of fifteen designs to accompany a pair of articles in The Magazine of Art entitled ‘Egyptian types’ and ‘Sketches in Egypt’. Having begun his career five years previously as an illustrator for Cassell’s, the renowned British publishing house, Seymour moved with confidence from pencil and Indian ink to watercolour and oil, becoming a respected exhibiting artist in his own right. A Consecration of Arms is one of several Egyptian paintings portraying similar themes with single figures – the others include the Study of a Nubian and Nubian Smoking from the early 1880s, and an undated work entitled The Snake Charmer. Anachronistic though Seymour’s vision of a stoic champion may be for Egypt towards the end of the nineteenth century, it is not difficult to understand how influential such works proved for fashioning the European myth of the ‘East’ when standing eye to eye with this serenely powerful composition.

A larger version of the present work was sold at Sotheby’s in Paris on October 24, 2007 under the title Warrior with a Red Cape.