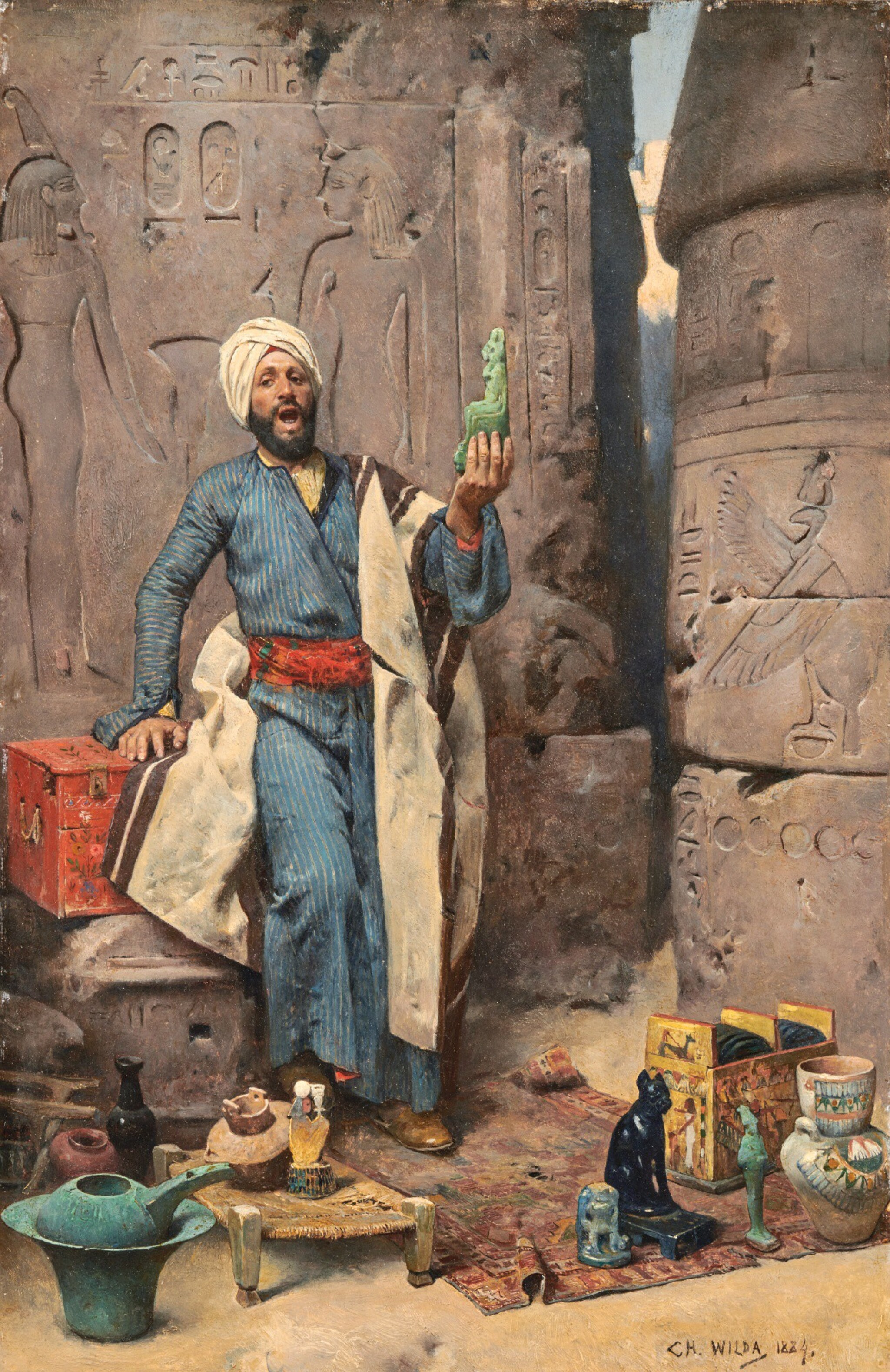 In this painting, Wilda has substituted the more usual setting of a Cairo street for an Egyptian temple, complete with columns decorated with hieroglyphs, and figures and animals from Pharaonic mythology. Capitalising on the new wave of tourism that these ancient Egyptian monuments attracted, a turbaned vendor peddles a variety of antiques.

The seller holds a faience seated figure of Sekhmet (probably dating from the Ancient Late Period). Set out on the ground, from left to right, are antiques dating from various Ancient Egyptian eras: a copper spouted vessel with engraved inscription on the shoulder (Old Kingdom); a polychrome wood appliqué of the goddess Maat; a blue faience figure of the god Pataek, head broken off and resting on base (Late Period). On the rug, a bronze figure of Bastet as a seated cat (Late Period); a bronze figure of Osiris (Late Period); a pottery jar painted with lotus motifs (New Kingdom); and a polychrome wood shabti box (New Kingdom). The temple wall depicts the goddess Maat in sunk relief, dating from the nineteenth Dynasty, and royal names in cartouches, in sunk relief. Meanwhile carved in sunk relief on the capital and temple column, to the right, is the vulture goddess Nekhbet protecting royal names, in sunk relief.

Born in Vienna in 1854, Charles Wilda trained at the Vienna Academy under Karl Leopold Müller. Like many of his fellow Orientalist painters, he travelled to Egypt in the early 1880s and set up a studio in Cairo where he developed a keen interest for the depiction of everyday Egyptian life. Wilda exhibited widely in Vienna and Berlin, and at the Exposition Universelle in Paris in 1900. In the year of his death, the Künstlerhaus in Vienna honoured him with his first retrospective.