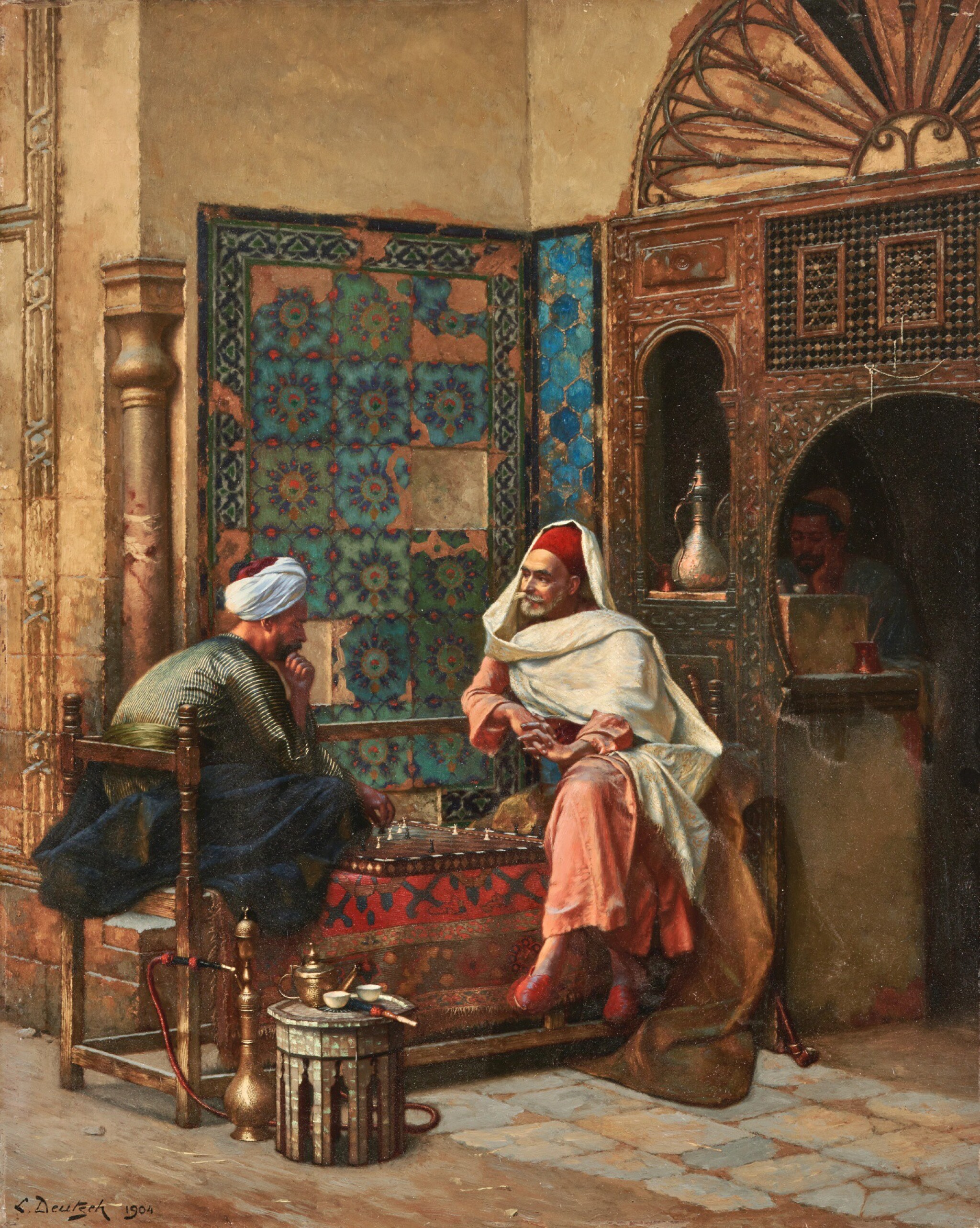 Before the entrance to a Cairene coffee shop, two men seated on a bench are absorbed in a game of chess. It is the turn of the man on the left - to judge by his headdress of a red fez with a blue tassel, a learned Shaykh from the al-Azhar Mosque and University - deep in concentration and stroking his chin as he considers his next move. His opponent takes the opportunity to look up from the game, although he appears to be lost in his own thoughts. Behind him, in the shadows of the entrance, the shop owner brews coffee.

Chess is believed to be derived from the Indian game chaturanga sometime before the seventh century. Chaturanga is also the likely ancestor of the Eastern strategy games xiangqi (Chinese chess), janggi (Korean chess), and shogi (Japanese chess). Chess reached Europe by way of the Middle East during the ninth century, following the Umayyad conquest of Spain. However, the modern rules were standardised in the nineteenth century.

Deutsch imbues the setting with impressive detail: the Northwest Persian Kurdish rug on which the men sit, the vivid blue Damascus tiles on the walls, the ornate mashrabiya screen forming the entrance to the shop, the Ottoman tombak coffee ewer on the window ledge, and the mens’ pipes—a chibuk and a water-pipe or narghile. These lush, meticulous details provide a fascinating glimpse into the social pastimes a visitor might experience in Cairo’s streets.

The present work reprises a composition of the previous year entitled The Smoker (Shafik Gabr collection), with which it shares the identical backdrop.