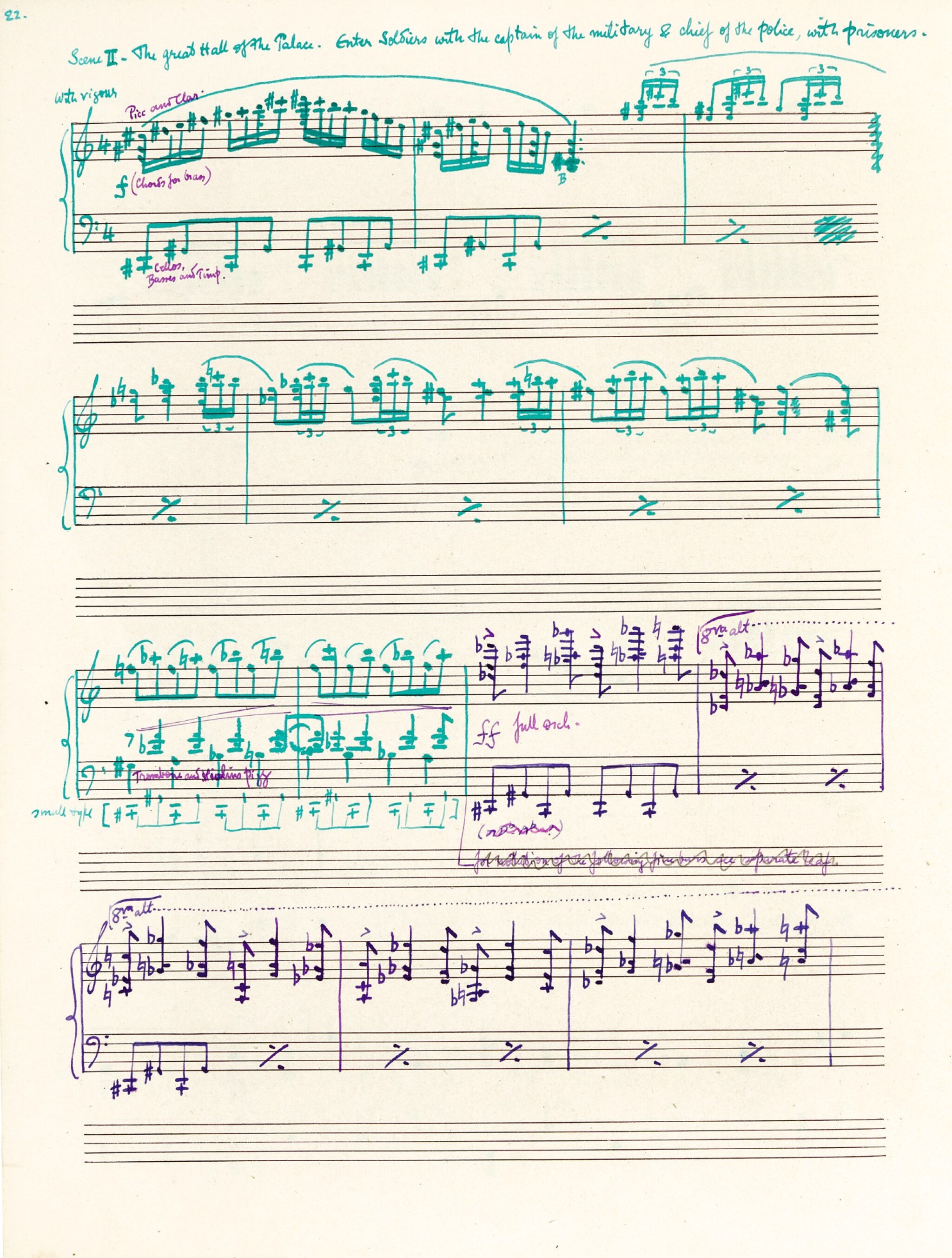 Autograph manuscript by Philip Heseltine of his vocal score of Delius's incidental music to "Hassan", RT I/9, [1921], together with an early scribal full score

1) Heseltine's vocal score, in green and violet inks on various systems of up to four staves each, the first half of the music in green, the continuation, annotations (instrumental markings), title and orchestral list added in violet, with deletions and revisions, occasionally written on slips of paper pasted into the score, signed by Heseltine on the title page: "Hassan or the Golden Journey to Samarkand, drama in 5 Acts by James Elroy Flecker. Music by Frederick Delius (Piano score by Philip Heseltine)", 42 pages, including title and list, 4to (c.31 x 24cm), unbound bifolios, 12-stave paper ("R.C.1"), addressed by Heseltine to Delius in pencil at the foot of the title, detached blank at end, [London] summer 1921

Hassan was the last major work completed by Delius in his own hand. Philip Heseltine ("Peter Warlock", 1894-1930) made this highly attractive manuscript reduction of Hassan, but it is not the score used as a model for the first edition in 1923. It bears no editorial or engraver's markings and the arrangement is somewhat different from that published.  Heseltine was a close friend to Delius from 1911 until his death and had acted as his copyist from the time of "The Song of the High Hills" (1913). Heseltine evidently made at least two reductions of Hassan, commissioned by the composer. On 1 June 1921, he wrote to Delius "I have finished one fair copy of the piano score of Hassan and propose to make the other copy myself as I am desperately hard up and whoever is going to pay for it may just as well pay me as a copyist in London. I shall send off both copies to you on Saturday next at the latest, and the full score as well".