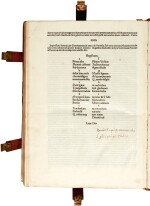 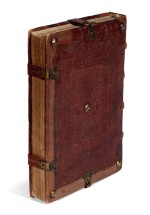 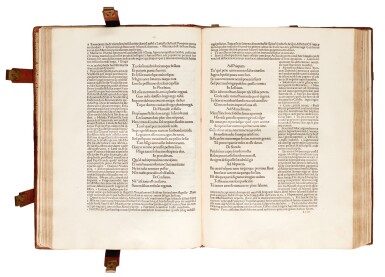 Two commentaries in one volume with fine contemporary provenance, comprising:

For a binding with one of the same border tools, and also with 5 small round bosses, see De Marinis plate CCLXXXVIII, no. 1642, on a 1487 Venice edition of Sabellico.

Benedetto Capilupi (1461-1518) was secretary to the Gonzaga family and in particular to Isabella d'Este. His son Lelio (1497-1563) was a poet. Benedetto wrote to Aldus Manutius on behalf of Isabella requesting books.