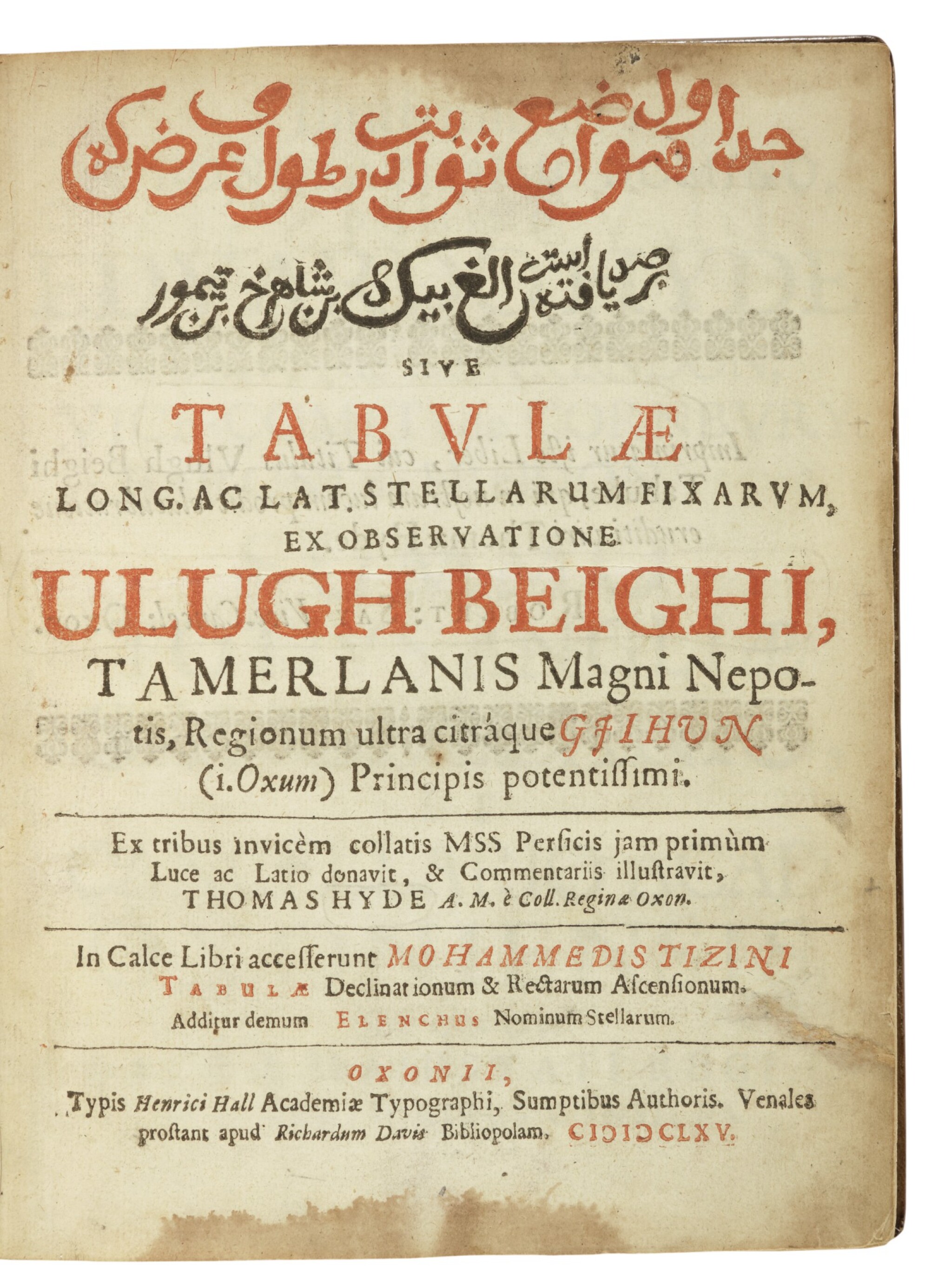 FIRST EDITION IN PERSIAN of one of the most important texts on astronomy of the medieval period. Ulugh Beg, the grandson of Tamerlane, founded an observatory at Samarkand which used the Fakhri sextant for measurement. It had a massive radius of 40.04m and was used to measure the height of the sun at its meridian. "The star catalogue of Ulugh Beg has great value, since it is basically original, but nevertheless was influenced by Ptolemy, at least in respect to its coordinates" (DSB XIII, p.537).

This work was paid for by Hyde himself, although he may well have been subverted by Bishop Seth Ward. Hyde edited it from three manuscripts in the Bodleian (one of them from Edward Pococke), and part of the text had already appeared (edited by John Greaves) in Bainbridge's Canicularia (cf. Macclesfield Science A-C, lot 282). The third book is the first Western edition of any of Abulfida's writings.