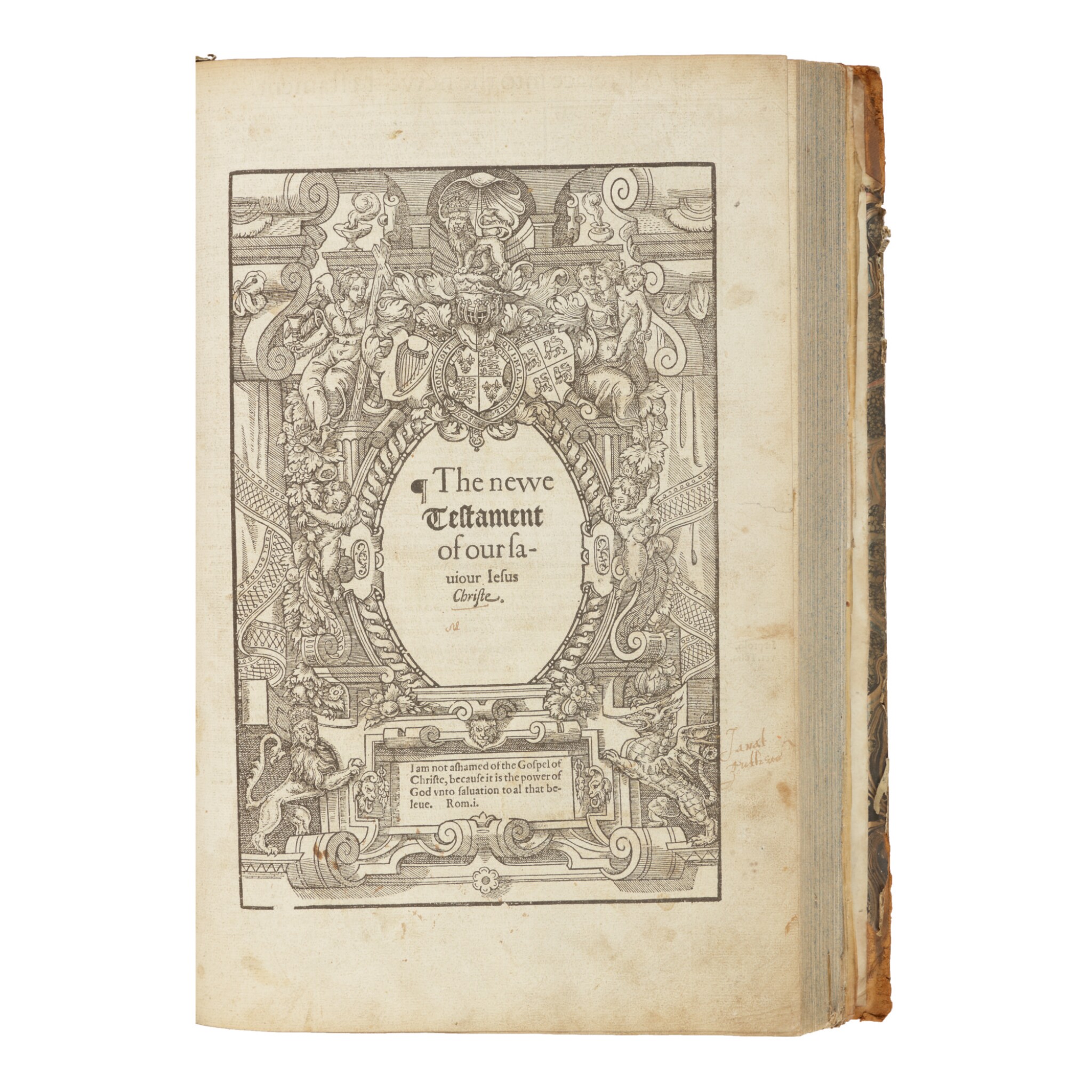 2 vols., folio (15 x 10 3/4 in.; 380 x 272 mm). Black letter, with roman and italic, text in two columns. Woodcut illustrations and maps, section-titles to parts 2 & 3, New Testament title within woodcut border, with the engraved portraits of the Earl of Leicester and Lord Burghley; lacks engraved map of Canaan by H. Cole; lacks approximately 37 of 732 leaves (all before *3, including general title, 15 leaves of preliminaries; lacks from NT P7, Q–R8, S4); a number of leaves defective with loss and artless repair including title to Apocrypha and end of NT, some browning and soiling. Nineteenth-century calf over marbled boards, blue edges; worn. Sold with all faults, not subject to return.

The revised version of the 1569 edition containing a remarkable rendering of the Psalter, in which the translations of the Great Bible and the Bishops' Bible are printed in parallel, with the former in black letter and the latter in roman type.

Condition as described in catalogue entry. Sold with all faults, not subject to return.