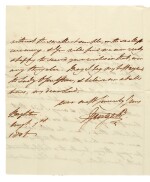 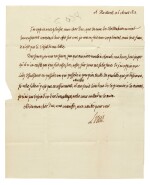 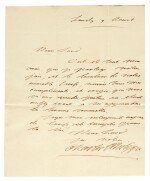 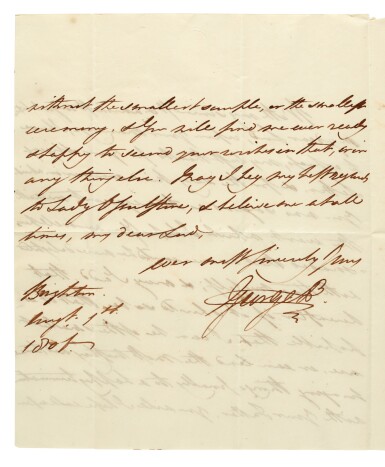 Bundle of c.45 letters to him and his wife Corisande, daughter of the Duc de Gramont

Correspondents include: George IV as Prince of Wales (2, relating to Ossulston's marriage and his father's opposition, with a draft letter to the Prince, 1804-6), Prince Frederick the Duke of York and Albany, Louis XVIII (to the Duc de Gramont), Marie Joséphine of Savoy (to Corisande on her marriage), Charles X (4 letters signed as "Charles Philippe"), Duc de Gramont, Charles Ferdinand Duc de Berry (4, only one signed), C.J. Fox (2), 6th Duke of Devonshire, Talleyrand, and Lord Holland, 1800s-1850s

[with:] small bundle of c.10 later personal letters, and an appointment signed and sealed by the Dean of Norwich; chiefly 19th century

Charles, 5th Earl of Tankerville (1776-1859) - Lord Ossulston before 1822 - enjoyed a close connection with the French court in exile through his marriage to the daughter of Antoine, Duc de Gramont, the Bourbon military commander and diplomat.