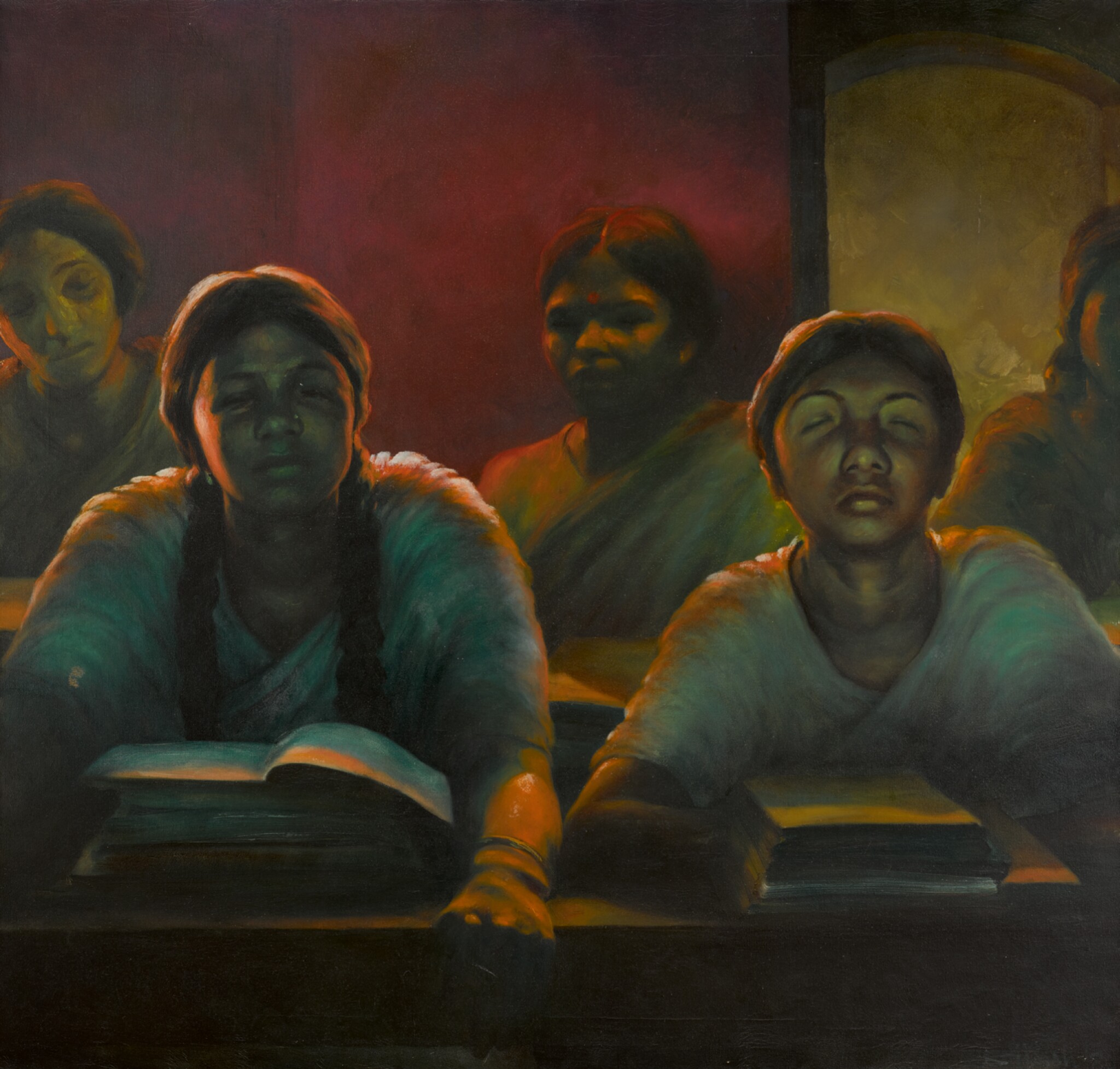 Much of Bikash Bhattacharjee’s work was inspired by his Bengali roots and his experiences in Calcutta. He lost his father as a child and the consequent struggle for survival without his support is often reflected in his work. Children and childhood symbols frequently appear in his works and become metaphors for his loss and the suffering that he witnessed around him. His paintings and drawings often include street scenes, creatures of the night, haunting children and young and middle-class women going about their lives.

Each of his works invites the viewer to delve into the context and deeper symbolism behind these creations. It can be argued that Bhattacharjee was uninterested in the appeal of a conventionally aesthetic painting, but rather aimed to portray the dark reality of a certain strata of lives in Calcutta.

In the current lot, five girls sit at desks in a classroom. The girls, particularly the two in the foreground, appear to be in a trance-like state. The figure who sits behind and between them is particularly haunting. Whilst the lightly closed eyes of her fellow students make them appear vacant, the sunken eye sockets of the central figure stare intently out at the viewer. One is left to wonder why the students are in this unnerving state, namely, who it is that stands before them.

As with his other paintings, in the present work Bhattacharjee uses light and shade to great effect. Here, the shadows of the girls faces and bodies are contrasted with a fiery orange light which hits them from above, which adds to the unsettling quality of the scene. This sombre and unusual painting, executed in a photo-realistic style, is quintessentially Bikash Bhattacharjee.