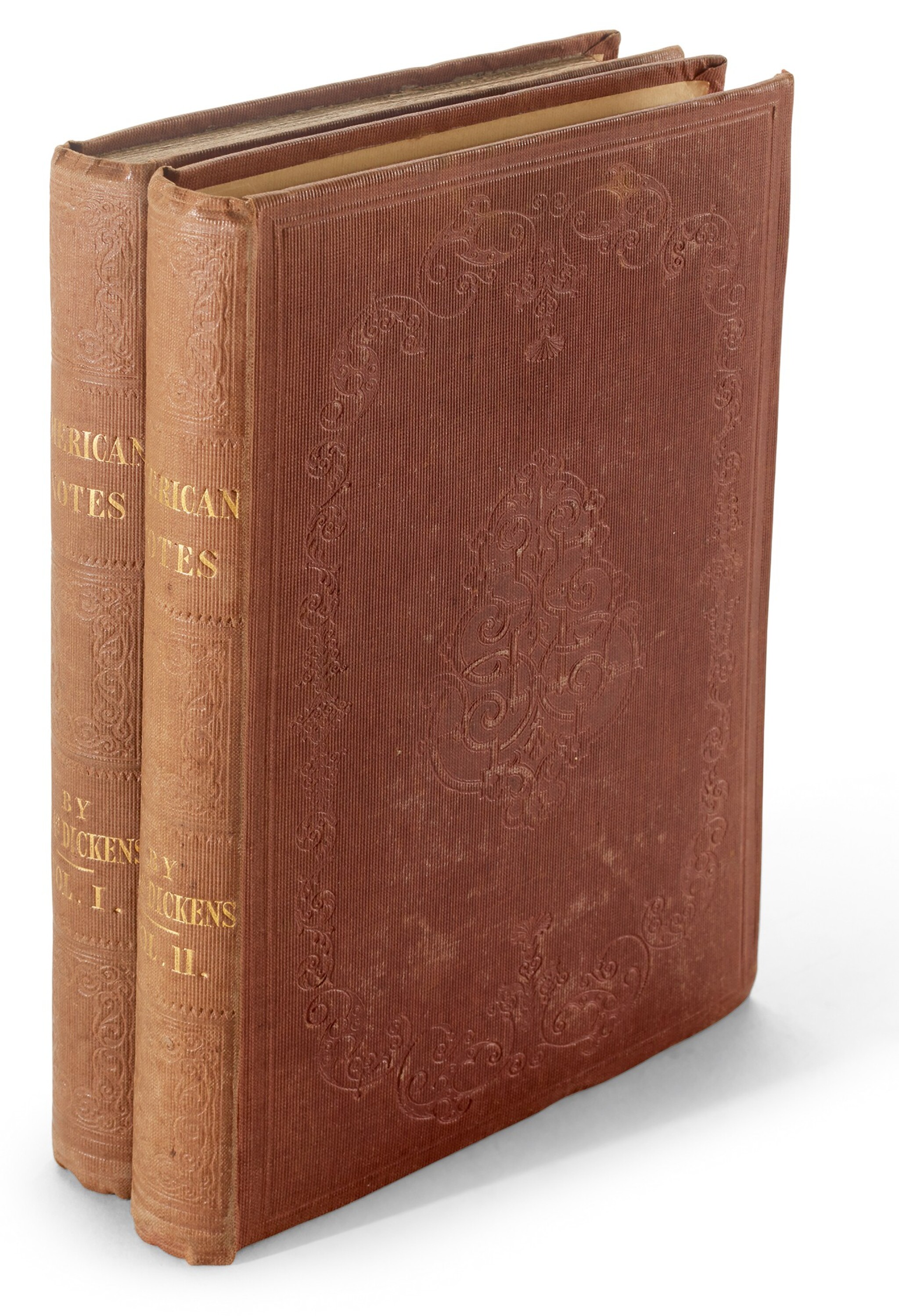 The philosopher and historian Thomas Carlyle (1795–1881) was one of Dickens' lifelong friends. They first met in the early 1840s at a dinner with the politican Edward Stanley, after which Carlyle produced a vivid description of his first impressions of the novelist: "clear blue intelligent eyes, eyebrows that he arches amazingly, large protrusive rather loose mouth - a face of the most extreme mobility..." (quoted by Tomalin, p.112). Dickens came to revere him greatly, and was heavily influenced by his historian friend's thinking on social matters, once remarking, "I would go at all times farther to see Carlyle than any man alive" (Forster, 839). Dickens' biting social satire Hard Times, set in the northern industrial city of Coketown (probably modelled on Preston, see lot 166) and focussing on the obsessively factual and unimaginative educational system developed by Mr Gradgrind, was dedicated to the historian. Later he was inspired by Carlyle's study of the French Revolution to compose his highly popular historical adventure novel, A Tale of Two Cities.

This first edition of American Notes, Dickens controversial travel book for Chapman and Hall following his first visit there in 1842 (see note, previous lot) was published on 18 October (the day before the author inscribed this copy to Carlyle), and no doubt Dickens was immediately keen for his new eminent social commentator friend to receive a copy of his own piece of social commentary on the United States.