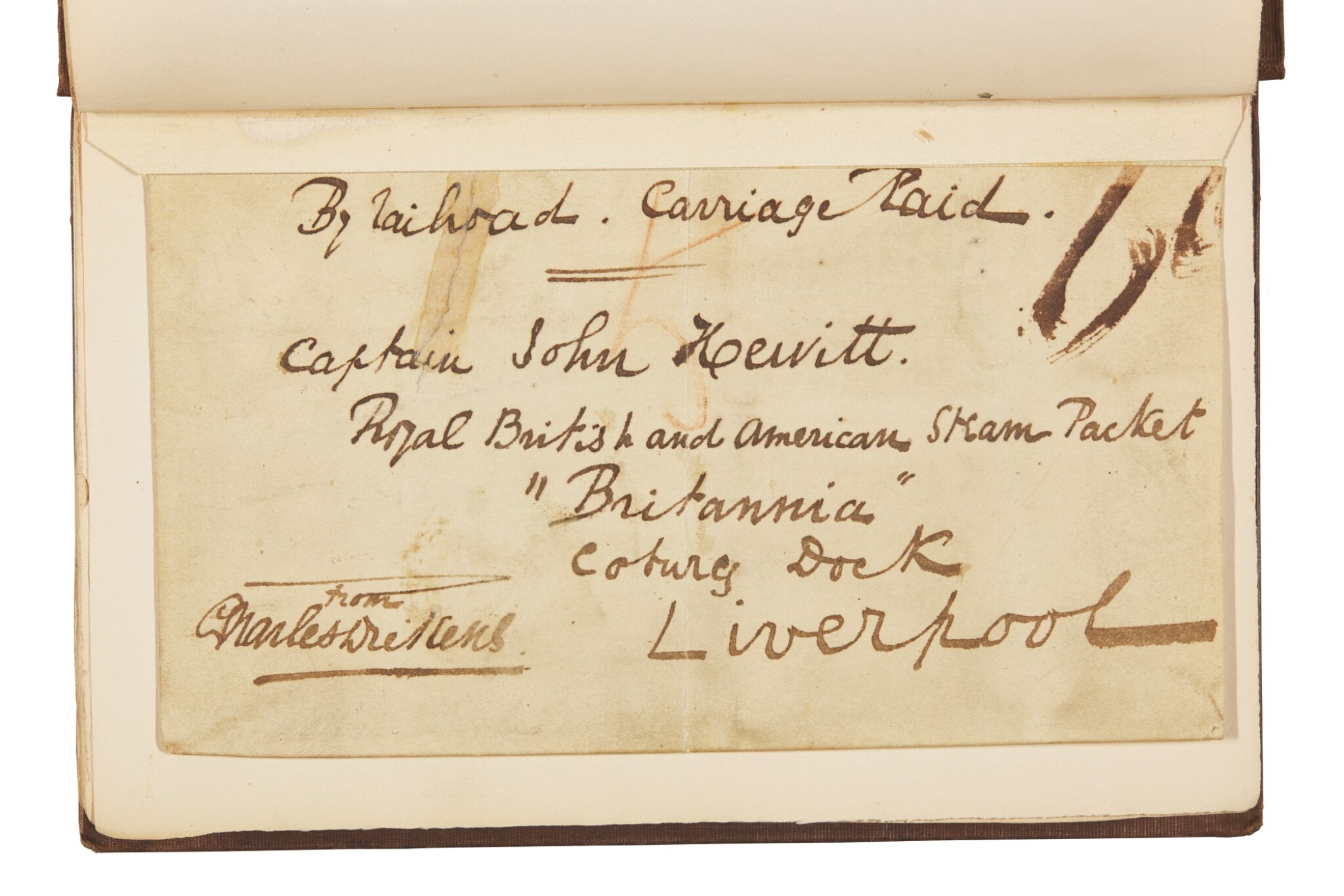 FIRST EDITION OF THE NOVELIST'S CONTROVERSIAL ACCOUNT OF HIS FIRST TOUR OF THE UNITED STATES, WITH AN EVOCATIVE MEMENTO TIPPED-IN. The luggage tag, in Dickens' hand reads: "By railroad. Carriage paid. | Captain John Hewitt.| Royal British and American Steam Packet | 'Britannia' | Coburg Dock | Liverpool.| From | Charles Dickens." Dickens and his wife had travelled to America in January 1842 aboard the Britannia, commanded by John Hewitt. The weather was bad, they were seasick for most of the voyage and they subsequently returned home on a sailing ship. Among the cities Dickens visited during his trip were Boston, New York, Sandusky and Cincinnati.