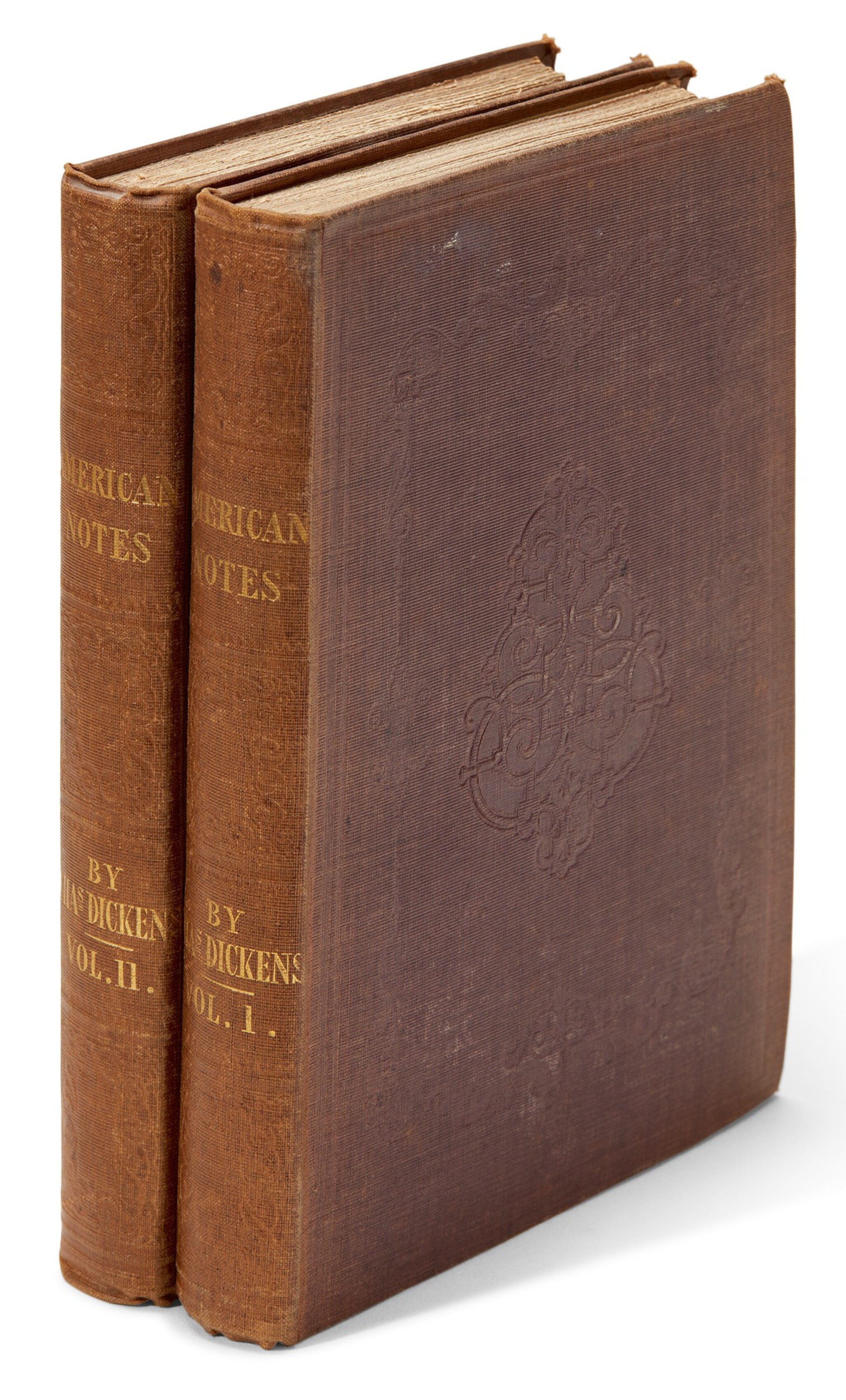 First edition in cloth of Dickens' promised travel book for Chapman and Hall following his first visit to America in 1842. The author praised many institutions but condemned the prevalent worship of "smartness" (sharp practice) which he felt he experienced, criticised aspects of American social life (including the habit of spitting in public) and attacked the hypocrisy and venality of the American press (there had been a long-running battle between the author and newspapers concerning the abuse of copyright during his visit). Most significantly, he denounced at length the continuing practice of slavery.  Predictably the book, which appeared on 19 October 1842, was met with a highly critical reception in the United States. The preface for American Notes was suppressed because John Forster and other friends advised him that it might be misunderstood in America. However, it had already been printed and when deleted from the preliminaries the original pagination was not altered -- as here, in the first state, with x wrongly numbered xvi.