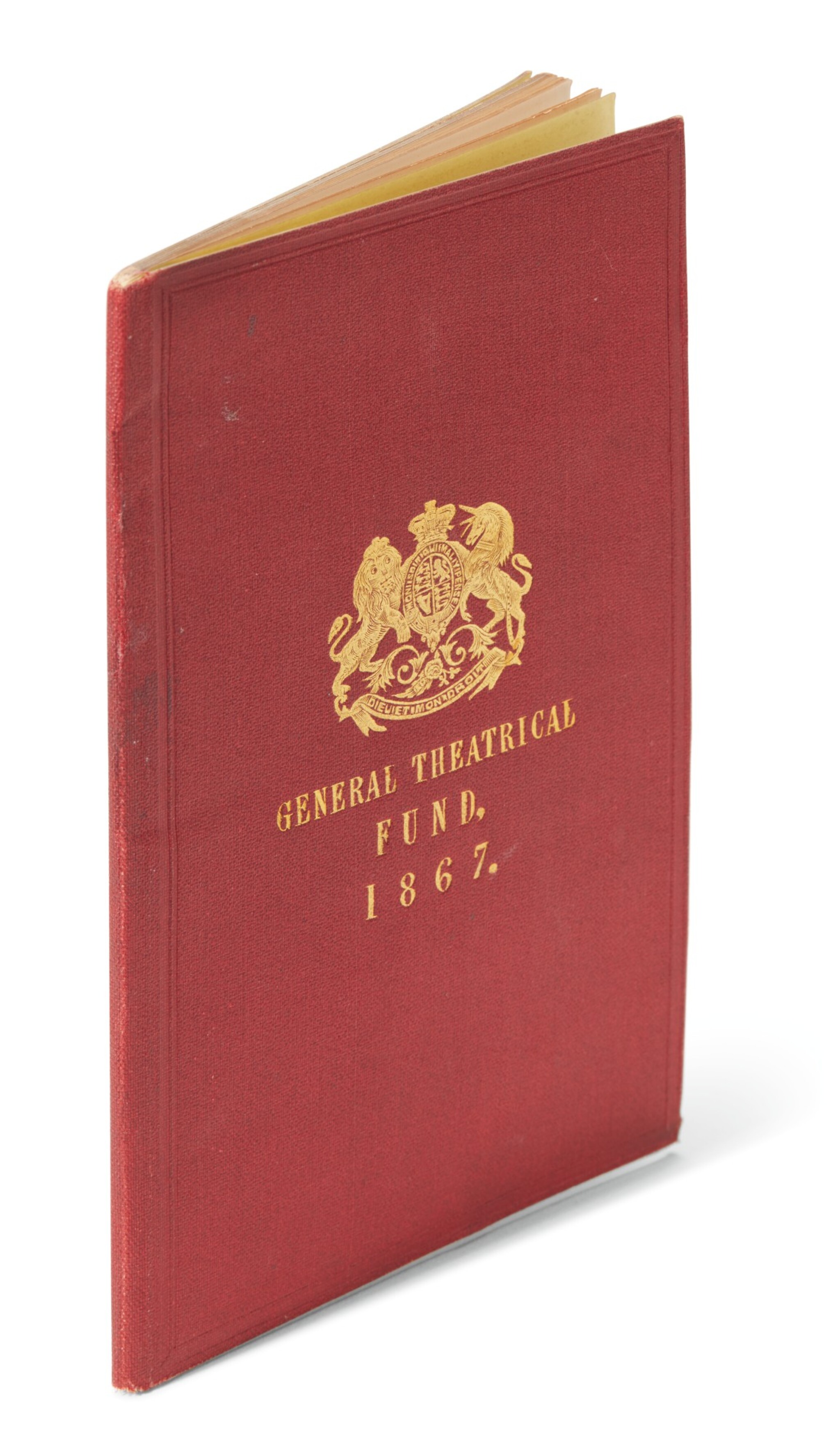 Proceedings at the Twenty-Second Anniversary Festival of the Royal General Theatrical Fund, held at the Freemasons' Tavern... on... April 18th, 1867... London: J.W. Last, [1867]

Dickens was a supporter of the Royal General Theatrical Fund (and had given them a speech in 1866). He is listed in this publication as an honorary vice-president (together with others including Wilkie Collins, John Forster and W.C. Macready.