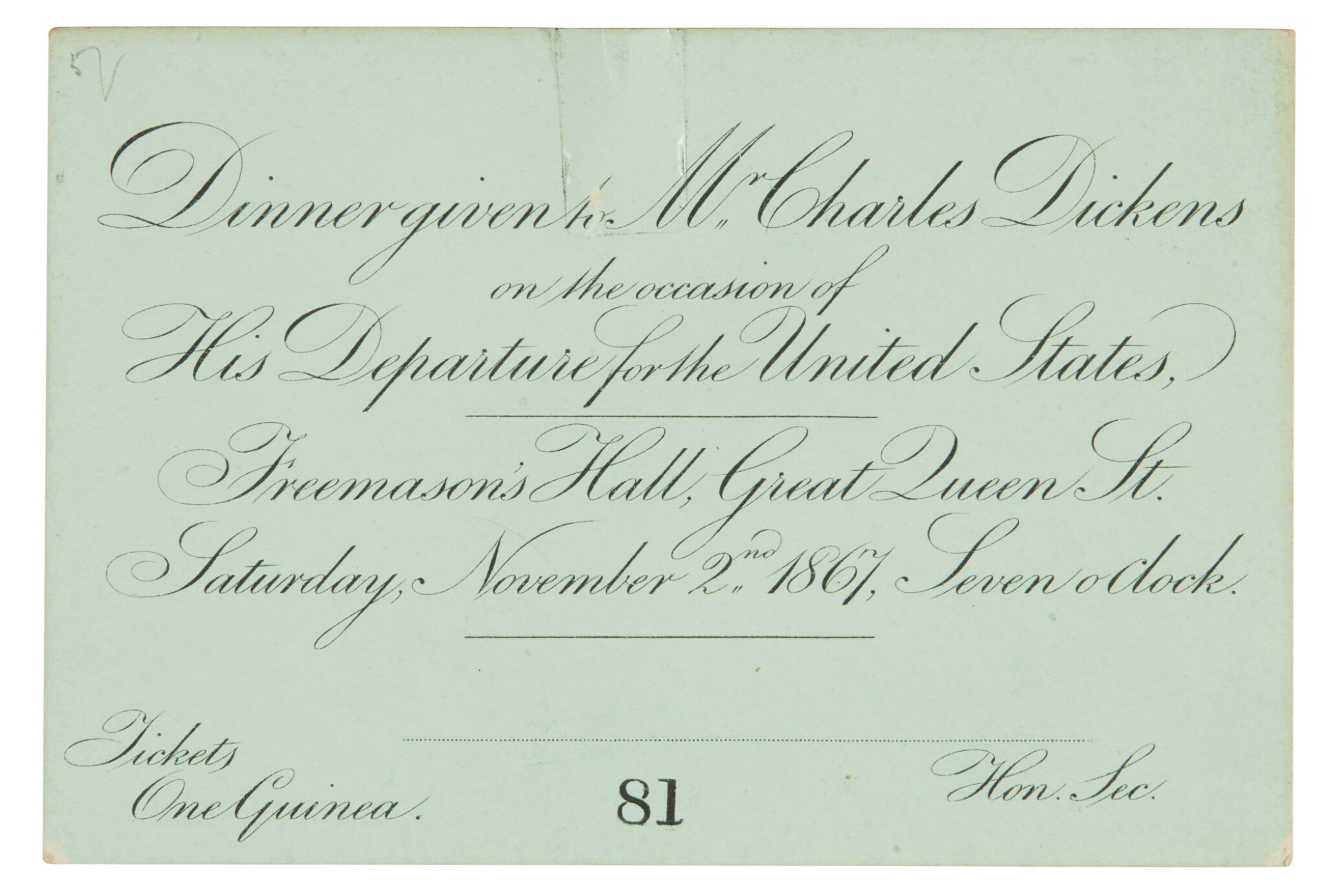 Dinner given to Mr Charles Dickens on the occasion of His Departure for the United States. [London: no publisher, 1867], 76 x 113mm. admission ticket, number 81

A fine collection of material relating to the dinner given to Dickens prior to his departure for his second trip to the United States (9 November 1867 to 22 April 1868). Eckel describes the first item as "a book... having the words of the songs and the names of the dinner committee and stewards..."