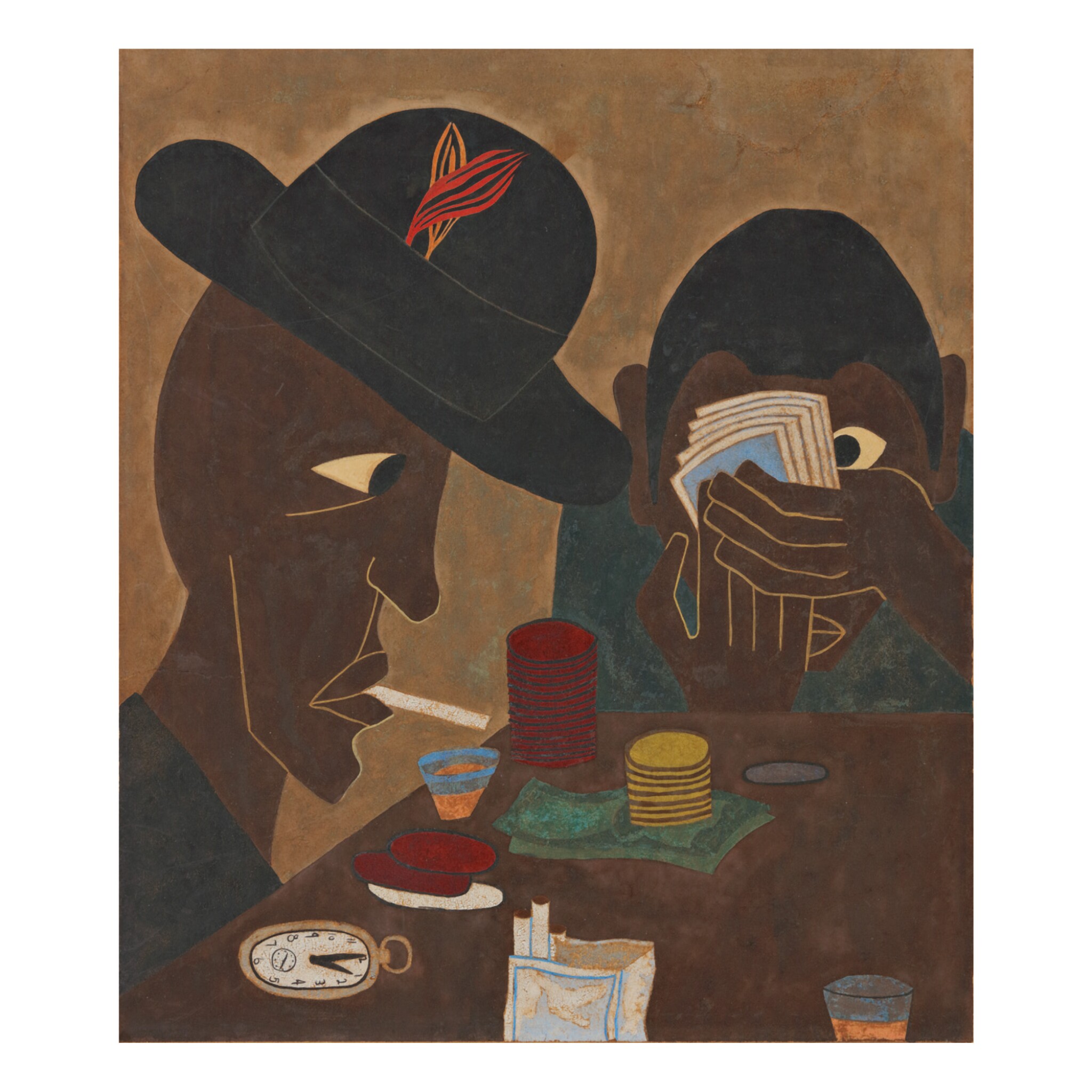 This work will be included in the forthcoming addendum to the catalogue raisonné of the artist's work being prepared by Peter T. Nesbett and Michelle DuBois.

Leslie King-Hammond writes, "Everywhere Lawrence went, his eyes were a camera, and scene after scene fed his artistic appetite. He found material in the leisure time that was precious to the new working-class migrants—both young and old. Because downtown New York establishments such as clubs were off-limits for African Americans to patronize, people in Harlem made their own recreation. It took many forms, such as rent parties, shooting pool, dancing, singing, playing 'numbers,' cards, checkers, dominos, and telling 'tall stories' (as quoted in Over the Line: The Art and Life of Jacob Lawrence, Seattle, Washington, 2000, p. 84).