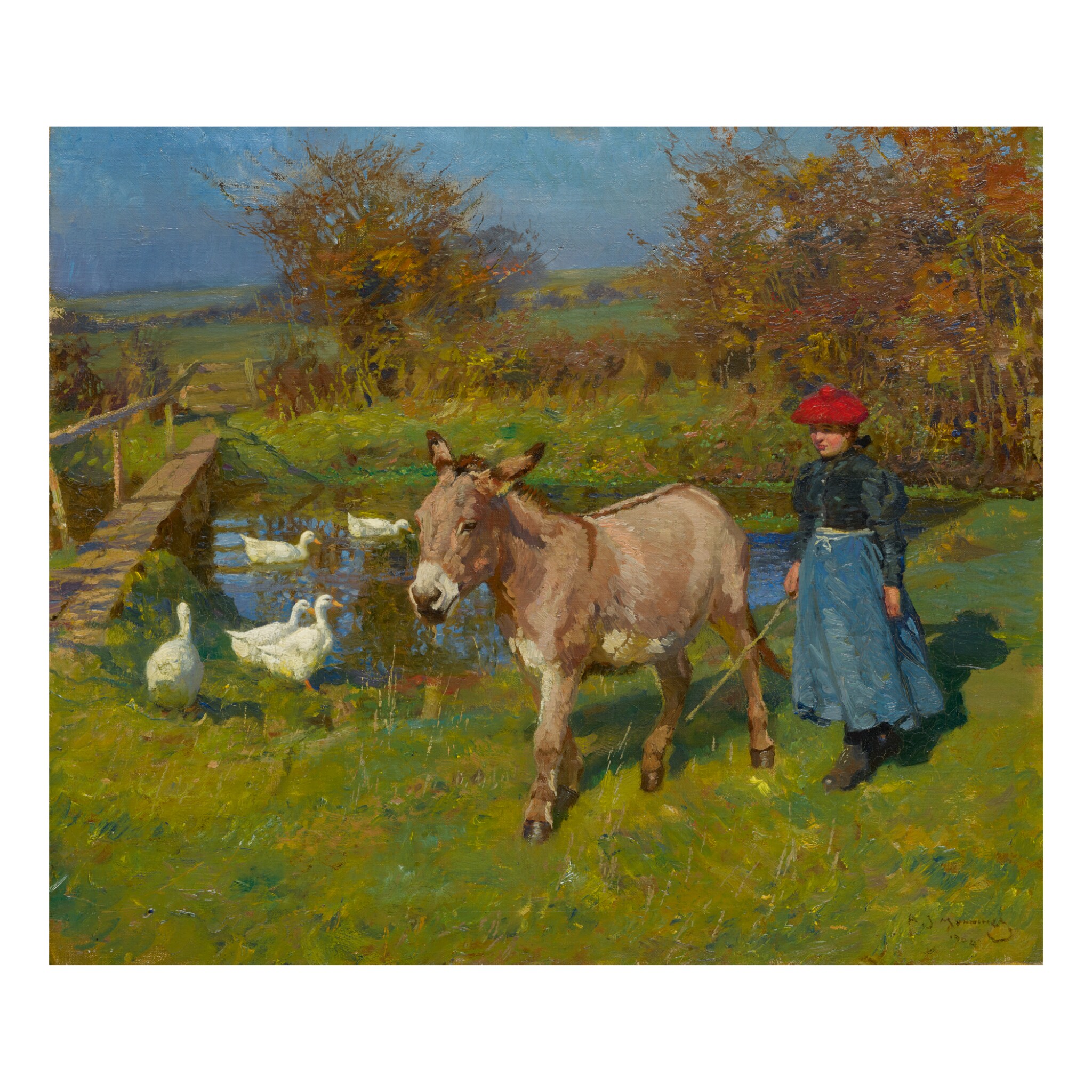 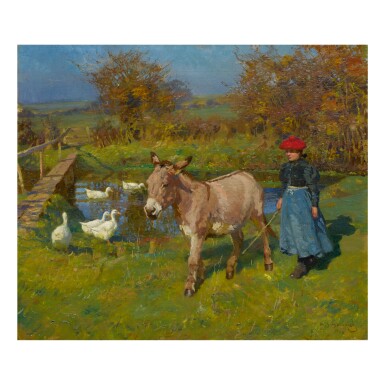 CROSTWICK COMMON: WOMAN WITH A DONKEY AND GEESE

Lined. The surface presents well and the colors appear bright and fresh. There are a very few scattered areas of faint, stable craquelure and a small, faint area of abrasion at the upper center edge. Under UV: thick varnish fluoresces green. One old dot of retouching at upper center edge.

Growing up in Mendham, Norfolk, near the Waveney River, Sir Alfred James Munnings possessed an affinity for the simplistic beauty and bucolic nature of the English countryside. Though horses would become his true passion, and the subject for which he is most celebrated, he also enjoyed painting livestock and the local people of the charming villages of East Anglia throughout his career.

Crostwick Common: Woman with a Donkey and Geese was painted in 1904, when Munnings stayed near Norwich at an inn called the Crostwick White Horse and painted at Crostwick Common. In his memoir An Artist’s Life, published nearly fifty years after the present lot was completed, Munnings recounted those charmed days painting in the Common:

"I did my pictures at Crostwick, painting there undisturbed. An old man, woman or boy fetching a donkey, or roaming children, were part of the scene…Here I was in my twenties, with everything around me to paint, when for a few pence a boy was glad to hold a donkey or pony, or pose himself, all day long!" (Sir Alfred James Munnings, An Artist’s Life, London, 1950, p. 205).

Ever against technological advances and the encroaching of modernity across his beloved English countryside, Munnings was disappointed to see how urbanized the Common had become by the time he wrote his autobiography: "When I last saw the Common a chill came over me, a feeling that much that was beautiful in England was slipping away, that towns were spreading, and that few cared that materialism had come" (An Artist’s Life, p. 204).

The present lot is a lasting testament to the pre-war England that Munnings cared for so deeply and remembered so fondly from his youth—the England of idyllic rolling fields untouched by industrialization, war, and the modernity of twentieth century life.