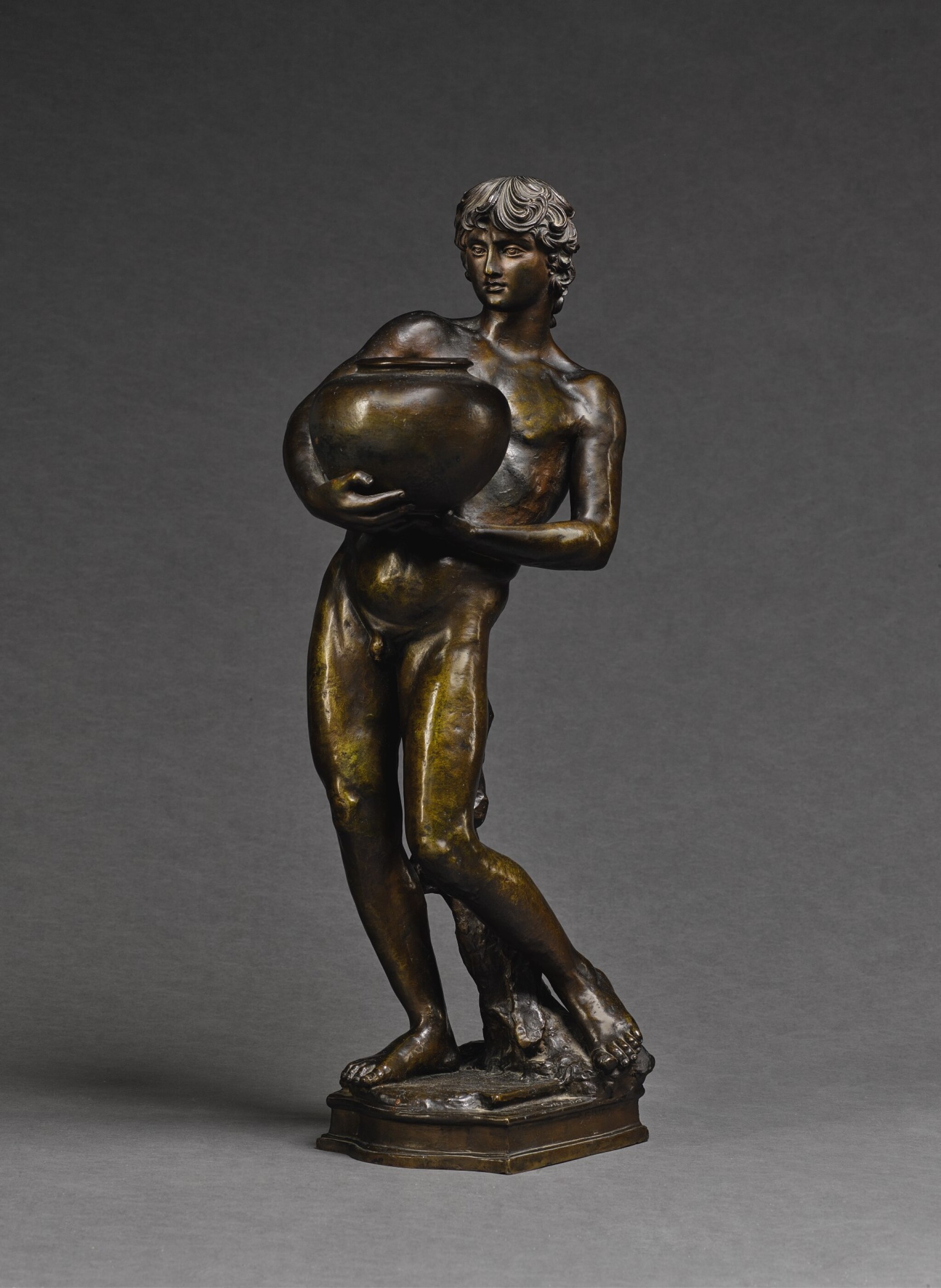 by family descent to the present owner

The Vasaio is one of the rarest of Gemito's models and the present cast is of high quality. Only a handful of casts are known: one sold in these rooms on 28 October 2014, lot 275, which was signed and dated 1927 and had a handwritten note by the artist declaring that the cast was: la prima fusione dalla cera originale (the first cast from the wax original); another in the Musei Civici, Milan (published by Mantura, op. cit., no. 153); and, finally, a cast sold in these rooms on 12 June 2006, lot 102. Compositionally Il Vasaio, which was first conceived as a wax circa 1915, is a development of Gemito's persistent reworking of his famous Acquaiolo originally modelled over forty years earlier. This theme evolved from the svelte contemporary urchin holding a water jug whilst offering forward a drinking cup, through to the more classicising boys and girls holding amphorae in La Sorgente (circa 1908), the present Il Vasaio and the Fanciulla con anfora.

The striking features of the head of Vasaio recall Gemito's busts and reliefs of Alexander the Great, but equally relate to the colossal bust of Antinous in the Vatican Museums, Rome, which had been discovered at Hadrian's Villa in Tivoli. Gemito was fascinated with the antique throughout his career.

The present cast is very beautiful, crisp and waxy, with an attractive brown patina with golden undertones. It is possible that the present bronze was amongst the first of the model to have been made by Gemito. Like the cast sold in 2014 (which had a letter from the artist describing it as the prime cast), the present bronze shares incised eyes (the other casts do not appear to have this feature). The present cast also has the distinction of a larger penis. It was acquired by the grandparents of the present owner whose annotated copy of Salvatore di Giacomo's Vincenzo Gemito, Rome, 1923, is inscribed Vasaio (originale); this annotation indicates that the collectors perhaps considered it to be the prime version. The possibility should therefore be considered that this is unique cast of a variant of the Vasaio. The argument that Gemito created two variants could explain both the differences and the fact that the 2014 bronze was described by the artist as the prime cast (it is impossible for both to be prime casts unless there were two different versions). In any case, the two are very close in terms of the quality of the casting, and it can be argued that the present cast is likely to be of an early date.