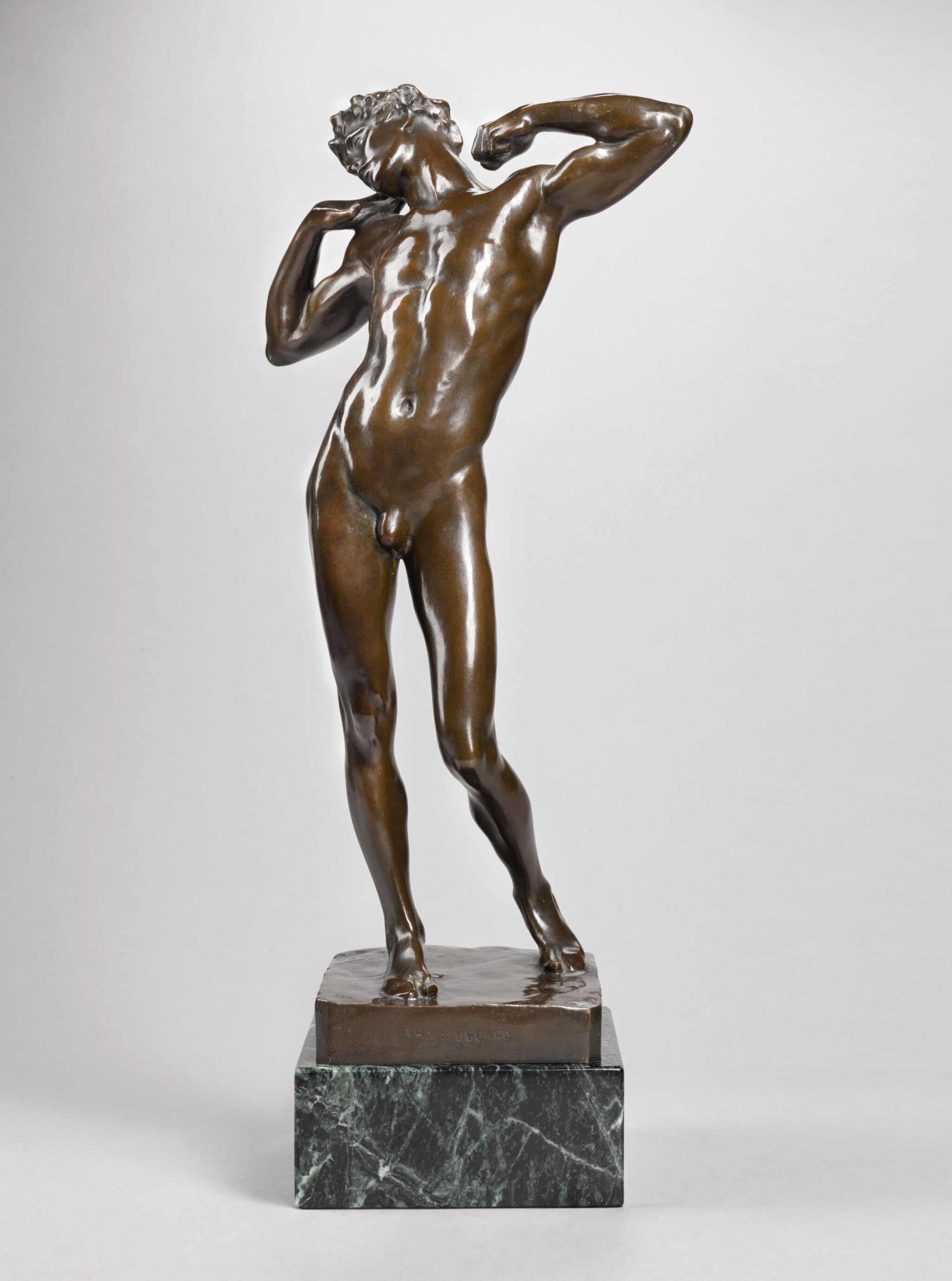 bronze, dark brown patina, on a veined green marble base

There is general wear to the marble base.

The Sluggard is one of the iconic masterpieces of 19th-century British sculpture. Its languid pose captures the essence of male beauty and is the epitome of the masculine ideal. Leighton's Sluggard was first exhibited as a clay sketch at the Royal Academy in 1886 and was conceived as the pendant to the artist's earlier masterpiece, An Athlete struggling with a Python, exhibited at the Royal Academy in 1877. The Sluggard was originally entitled Athlete awakening from sleeping and was inspired by the languid stretching of Leighton's muscular male model Giuseppe Valona after a long sitting. Leighton rapidly captured the pose in clay and thus created one of the masterpieces of Victorian sculpture, which has been described as 'a symbol of the art of sculpture, liberated by Leighton, flexing itself for renewed activity after a long time in the shackles of convention' (Benedict Read, Apollo, op. cit., p. 68). The bronze editions were produced by Arthur Leslie Collie and cast by Singer. Casts which bear both the Collie and Singer inscriptions are believed to date to circa 1896-1900. According to Nicholas Penny, casts only inscribed with the founder's name were made later. The present bronze is one of a number without a foundry mark which are likely to have been made in the interwar years.