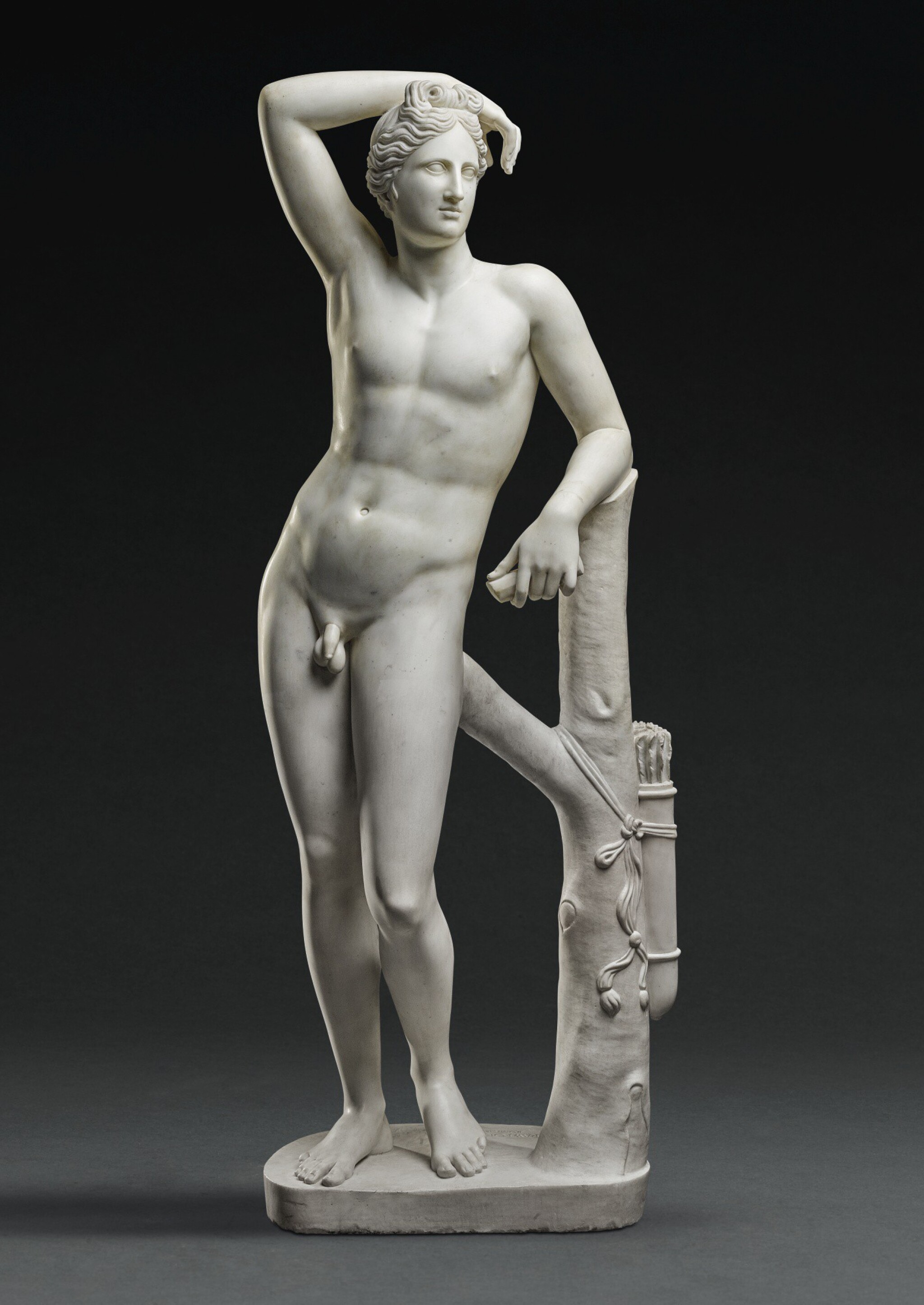 Overall the condition of the marble is good with minor dirt and wear to the surface consistent with age. The proper right thumb, index finger and little finger and the proper left little finger and index finger are reattached with original pieces. The proper left hand is reattached at the wrist with two joints. There are a few minor areas of filled restoration to the base. There is veining to the marble consistent with the material. There are naturally occurring inclusions to the marble. There are various minor chips around the edges of the base.

This copy of the celebrated antique Apollino, now in the Uffizi, Florence, is a rare work by the important American sculptor Thomas Crawford, who was active in the Rome for the majority of his short life.

Born in New York City, Crawford undertook his initial training with the New York sculptors John Frazee and Robert Eberhard Launitz before embarking on his long sojourn in the Eternal City in 1835. Upon his arrival in Rome, he entered the studio of the eminent neoclassical sculptor Bertel Thorvaldsen, and it is here, in the presence of casts and copies after the antique, that he appears to have sculpted the present work. In 1838 Crawford left Thorvaldsen's workshop to establish his own. Although he did not return to live in America, he nevertheless received commissions from his home continent. In 1854 he was tasked with modelling a statue for the US Capitol dome, as well as major components for the Senate building, including monumental pediment sculptures which were finished shortly before his death at the age of 43. Crawford was considered a leading American sculptor of his time, rivalling Hiram Powers and Horatio Greenough.