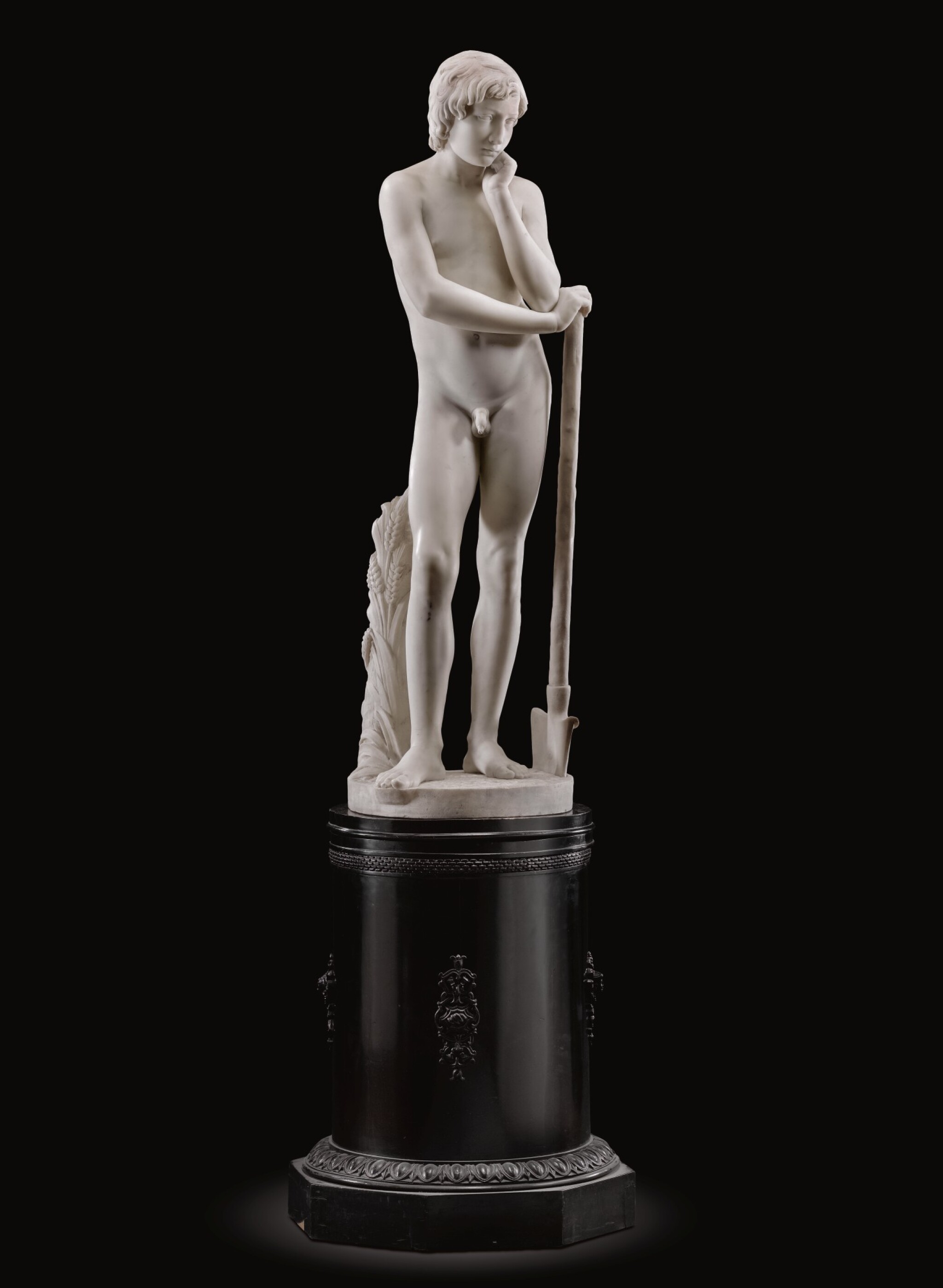 white marble, on an ebonised wood base with bronze mounts

Antonio Piatti studied under Thorvaldsen's pupil, Pietro Tenerani, at the Accademia Nazionale di San Luca in Rome. He took the unusual step of emigrating to Mexico in 1855, responding to an invitation to help build an autonomous artistic culture in the New World. His arrival in Mexico City corresponded with the blossoming of a national Mexican aesthetic. The art institutions of Mexico looked to Italy for their formation, and in particular to Rome. Mexico City's Accademia di San Carlos sent its prize students to Rome aided by government funding. Italian sculpture was purchased for the city's galleries and Rome's Accademia di San Luca was asked to provide a sculpture tutor.

In 1845 the Accademia di San Luca selected the Catalan-born Manuel Vilar, pupil of Thorvaldsen and Tenerani, for the post. Vilar in turn selected first works by Piatti for the Mexican academy, and later asked that the sculptor himself come to Mexico. In the year of his arrival, Piatti exhibited three statues at the academy, one of which was his Huerfano del labradores, perhaps in the present version. After Vilar's death, Piatti was given the chair of sculpture at the Accademia San Carlos. He also oversaw decorative works including the re-design of the academy's façade and other monuments.

The present work was originally given the rather more conventional title of Il Genio dell'agricultura (The Genius of Agriculture). Piatti's master, Tenerani, had produced a sculpture of the same subject, the plaster for which is in the collection of the Museum of Rome. The Mexican title gives the marble very different associations. It resonates well with the carefully observed awkwardness of adolescence and the boy's air of melancholy.

This lot is sold with an expertise by Dott. Stefano Grandesso.