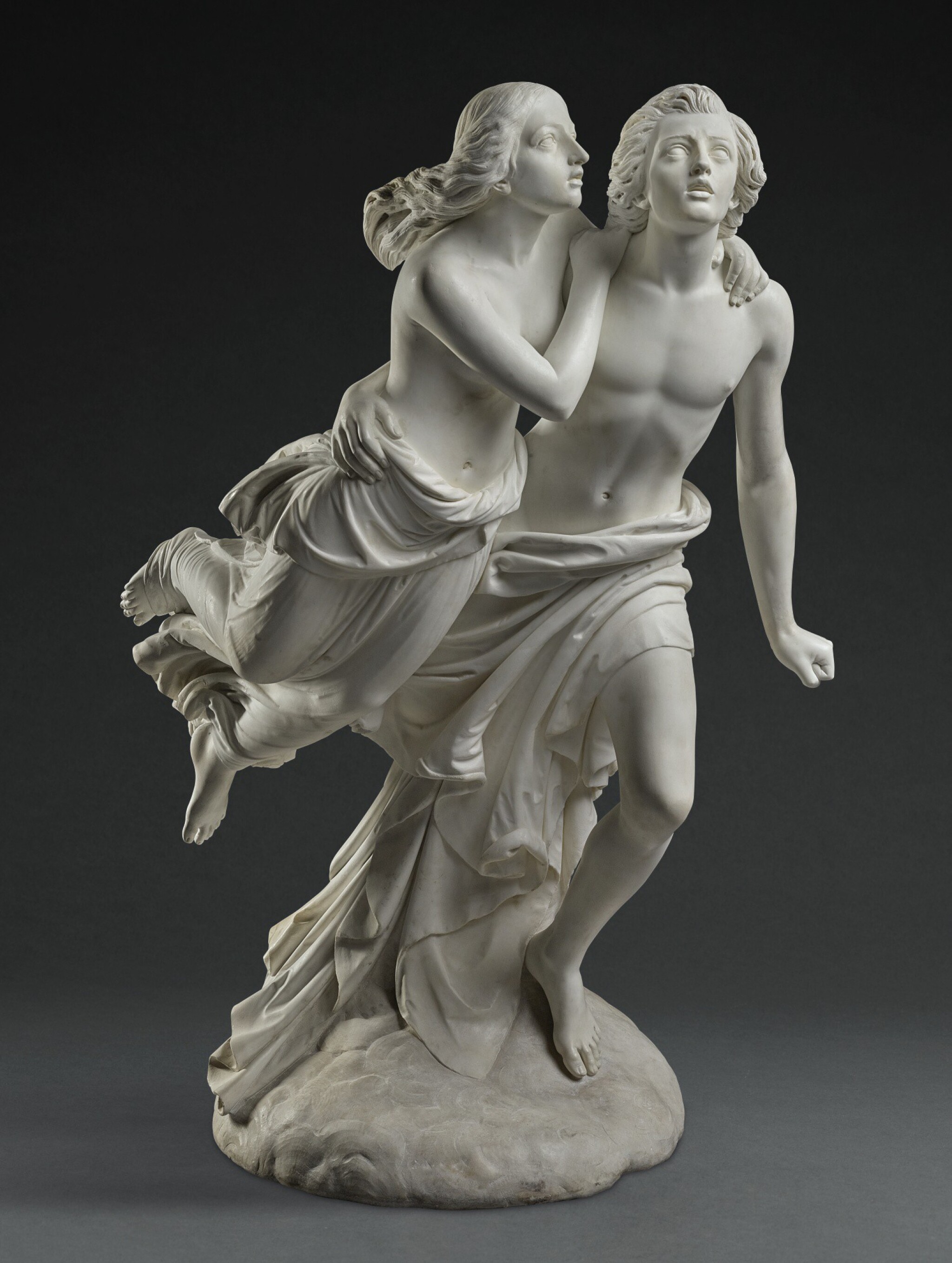 There are a number of restorations to the sculpture. The restoration has been combined with original pieces. Most of these restorations are at the extremities: Francesca’s legs and drapery at the back; Paolo’s proper right leg; the noses and parts of the faces; and Francesca’s hair at the back. Paolo’s proper left arm appears to be reattached and is partially restored. There may be further reattachments and restorations, particularly to the folds of drapery. The surface of the figures appears to have been largely repolished and is very clean. There is natural veining to the marble consistent with the material. There are minor abrasions to some of the edges of the drapery. Francesca’s proper left elbow appears to be reattached or restored.

The story of Paolo Malatesta and Francesca da Rimini was immortalised in a canto of the Inferno of Dante's Divine Comedy. Francesca was married to the older Giovanni Malatesta, but fell in love with his younger brother Paolo. The two had an affair and were ultimately caught by Francesca's husband, who killed them both. In Dante's poem, Dante and Virgil meet the couple in the second circle of Hell, where they are trapped in a whirlwind, as can be seen in the present marble. The lost souls of Paolo and Francesca, eternally swept through the air, became a popular iconography with Romantic and pre-Raphaelite painters and sculptors - see, for example, the triptych by Dante Gabriel Rossetti in Tate Britain (inv. no. N03056) and the painting by George Frederic Watts (Watts Gallery, inv. no. COMWG 83). The model for the present lot seems to have been completed in marble by Motelli in 1847, when it was exhibited at the Brera in Milan and published in the 'Cosmorama pittorico' (op. cit.): this may well have been the present marble. It was praised for its clever depiction of the seemingly weightless figures and the emotions expressed in the character's faces. Gaetano Motelli was active in Milan throughout his lifetime, exhibiting at the Brera, with the exception of a few international exhibitions, including in London in 1846. Some of his work is in the collection of the Galleria d'Arte Moderna in Milan.