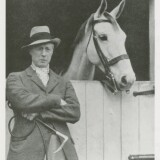 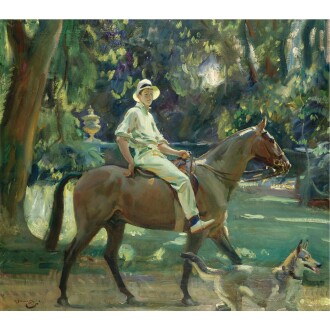 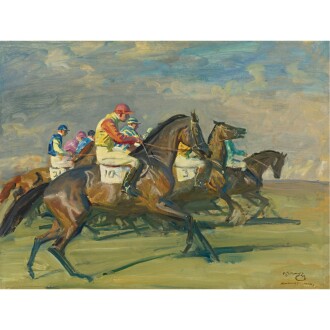 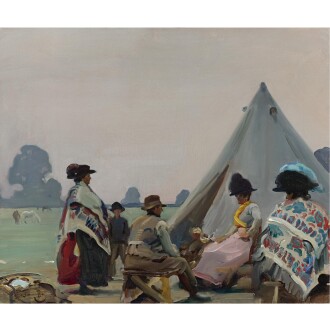 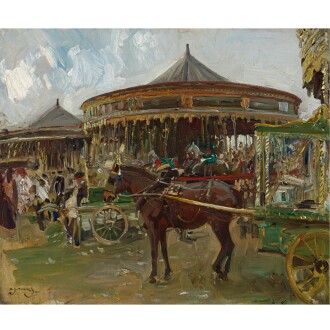 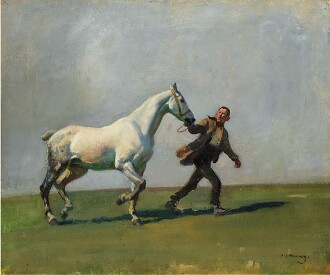 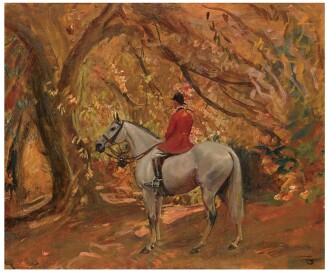 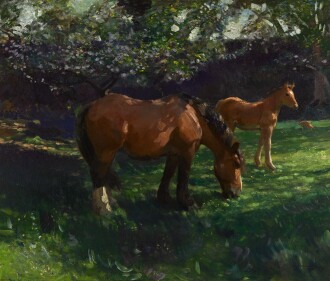 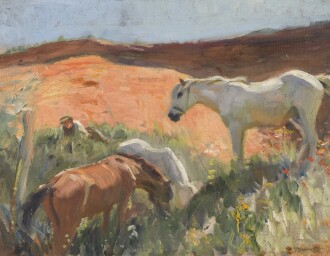 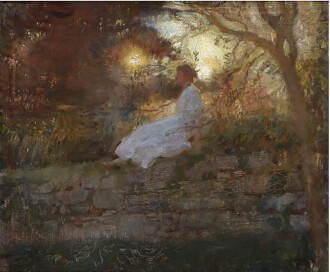 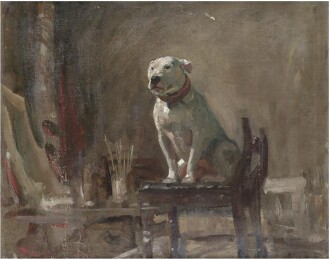 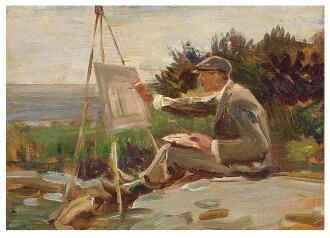 A controversialist who sternly rebuked the modern art movements of his day, Sir Alfred Munnings made his name and fortune with a splendid body of figurative work that depicted the vanishing pastoral life in England. He is particularly noteworthy for his paintings of horses, which were acquired by the most distinguished collectors and sportsmen of the time and which continue to command prodigious prices.

Alfred Munnings was born on October 8, 1878 at Mendham Mill, Mendham, Suffolk. His father was employed as the miller, and as a child, Munnings spent much of his time admiring and sketching the laden horses that arrived daily. At fourteen, he was apprenticed to a printer in Norwich and attended the Norwich School of Art (when not occupied with designing advertisements for his master). In 1899, he began his career as a painter with the exhibition of two pictures at the Royal Academy Summer Exhibition. In the following decade, Munnings spent time on the coast of Cornwall and became associated with the Newlyn artist colony. He married fellow Newlyn artist and equestrian Florence Carter-Wood in 1912; she attempted to kill herself on their honeymoon and did so two years later. During the Great War, Munning was employed as an artist for the Canadian Cavalry Brigade, once coming under shellfire while working on a canvas. In his later years, he was elected president of the Royal Academy of Arts and appointed Knight Commander of the Royal Victorian Order. In his valedictory speech as RA President, which was broadcast by the BBC to millions of listeners, Sir Alfred excoriated modernists like Picasso and Matisse and accused his fellow Academicians of “shillyshallying” rather than defending the traditional artistic values that he embodied and cherished. He died on July 17, 1959 at his estate, Castle House, in Essex, which now serves as the Munnings Art Museum.

Sir Alfred’s work can also be seen at the Tate in London and the Canadian War Museum in Ottawa. His finest horse pictures can fetch seven figures at auction, e.g. The Red Prince Mare (1921) which sold at Sotheby’s in 2004 for $7.85 million.