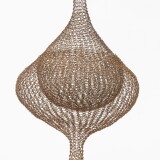 Works by Ruth Asawa at Sotheby's 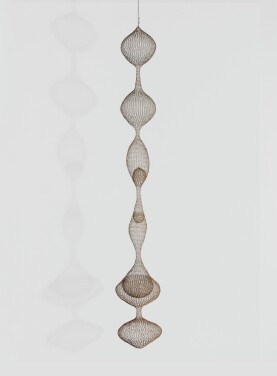 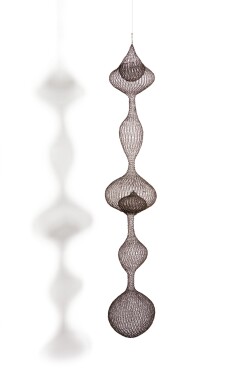 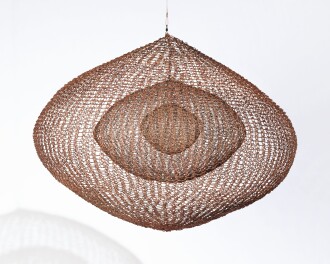 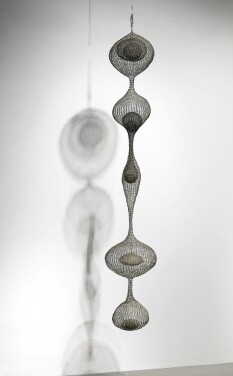 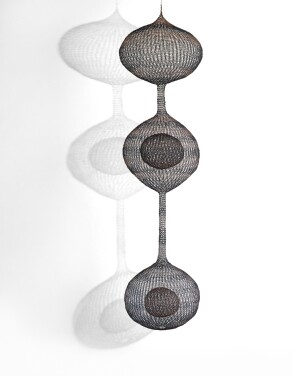 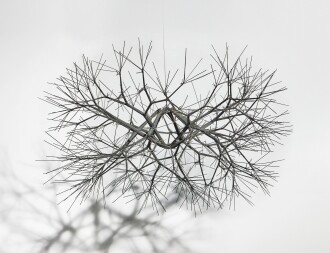 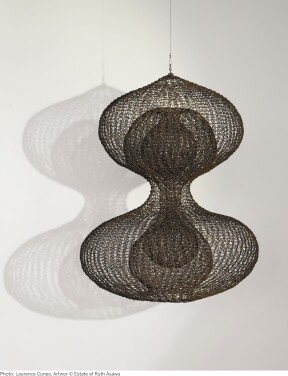 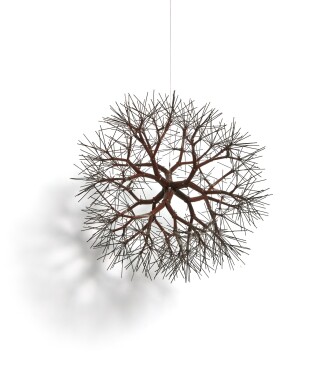 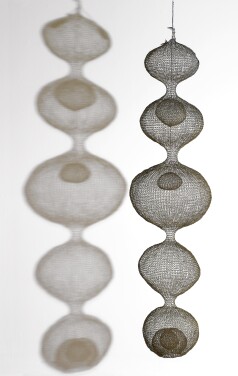 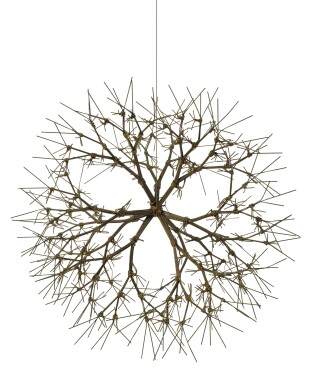 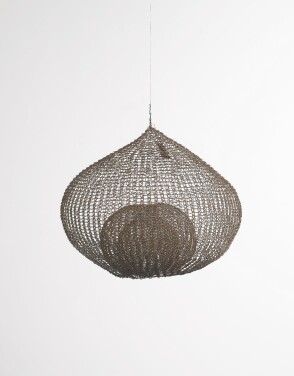 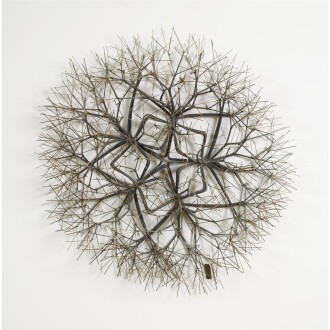 Ruth Asawa is an American sculptor known for her intricate, looped-wire sculptures. Asawa’s complicated wire sculptures were methodically woven entirely by hand, producing enigmatic forms that are at once exquisitely delicate and powerfully moving.

Asawa’s artistic development and achievement are inseparable from the racial and political environment of 1940s America. Born in Norwalk, California in 1926 to Japanese immigrant farmers, Asawa and her family were separated and forced into internment camps along with many thousands of Japanese Americans following the bombing of Pearl Harbor in 1941. Except for Asawa’s father, who was interned in New Mexico, Asawa’s family was interned at the Santa Anita racetrack for 1942, after which they were moved to the Rohwer War Relocation Center in Arkansas.

While interned at the Santa Anita racetrack in Arcadia, California, Asawa nurtured her love of art by taking drawing lessons from fellow internees who had been animators for Walt Disney Studios. After graduating from the internment camp’s high school, Asawa began studying at Milwaukee State Teachers College, with plans to become an art teacher. However, lingering postwar discrimination prevented her from following that path – so instead, she enrolled as an art student at the legendary North Carolina Black Mountain College in 1946.

For the next three years, Asawa studied alongside such luminaries as Willem de Kooning and Robert Rauschenberg, and worked under the innovative tutelage of Ilya Bolotowsky, Merce Cunningham, Buckminster Fuller and, most notably, Josef Albers. It was Albers’ emphasis on Bauhaus principles of formalism rooted in materiality, and traditional crafts as valid artistic methods in the pursuit of modern forms, that proved to be the generative point of Asawa’s career.

Beginning with her earliest experiments with wire, Asawa’s artistic practice straddled the realms of art and craft. She first learned the looping technique of wrapping a wire around a wooden dowel from a basket maker on a trip to Mexico in 1947, but she quickly adapted it to create the majestic and abstracted hanging sculptures that have come to define her most celebrated output. By embracing the qualities of craftsmanship, including a labor-intensive method and a patient repetition of countless aggregated shapes, Asawa presaged the work of several significant artists including Yayoi Kusama, Eva Hesse, Louise Bourgeois and Vija Celmins.

Asawa first rose to prominence in the 1950s, when her sculptures were included (several times) in the Whitney Biennial, as well as exhibitions at the San Francisco Museum of Art and in the São Paulo Art Biennial.

In the 1960s, Asawa began experimenting with forms rooted in nature, and further explored geometry and abstraction in her work. In 1968, the artist created her first representational work: a mermaid fountain in San Francisco’s Ghirardelli Square. In the coming years, she created more public sculptures and foundations around San Francisco, earning her the unofficial title of San Francisco’s “fountain lady.”

Asawa remained passionate about art education throughout her career, and devoted herself to advocating for children’s art programming. After being appointed to the San Francisco Arts Commission in 1968, the artist worked with politicians to establish and support art foundations for the city. Later, Asawa served on the California Arts Council, the National Endowment for the Arts and as a trustee of the Fine Arts Museums of San Francisco.

In 2013, Asawa died from natural causes at her home in San Francisco; she was 87 years old.