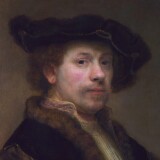 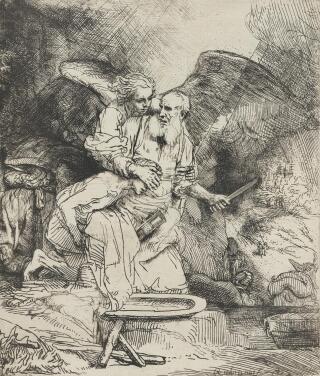 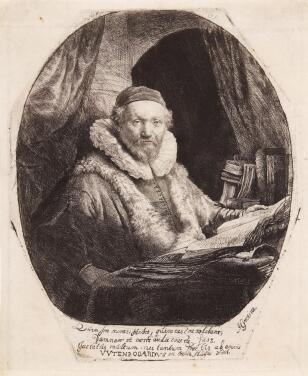 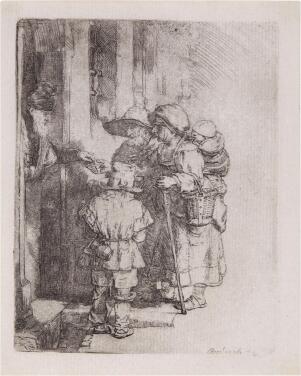 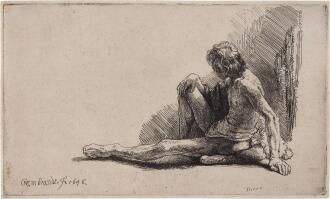 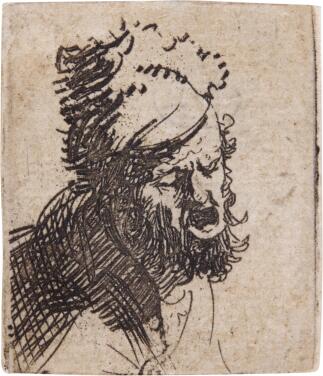 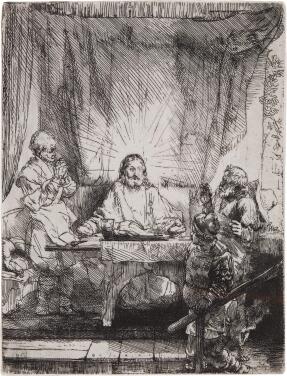 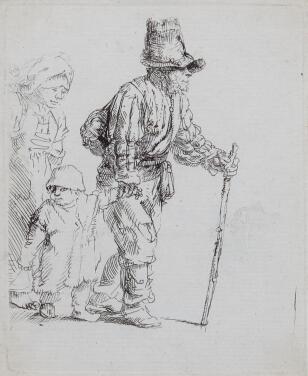 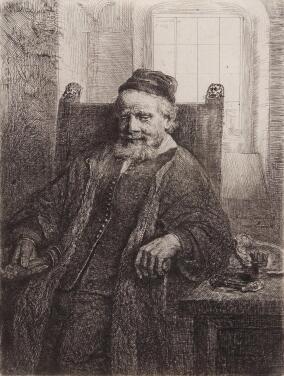 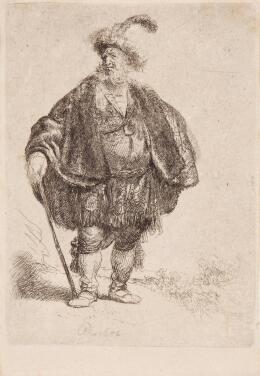 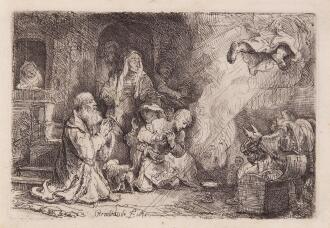 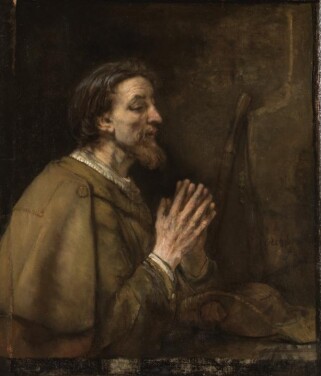 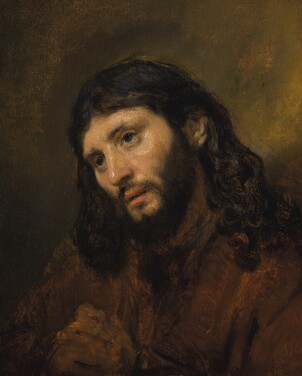 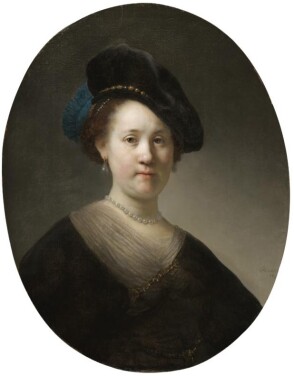 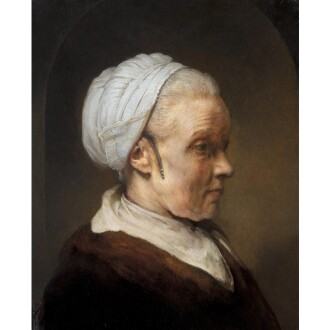 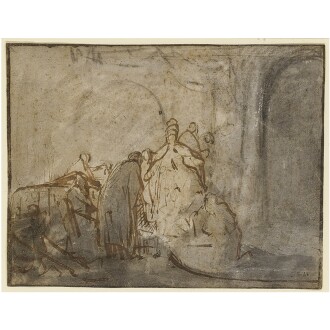 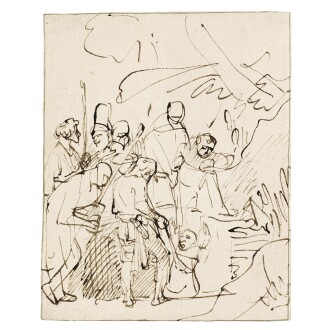 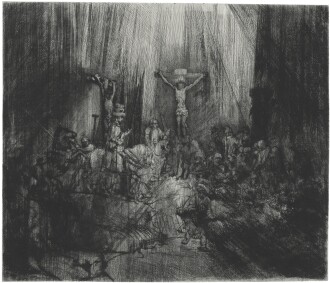 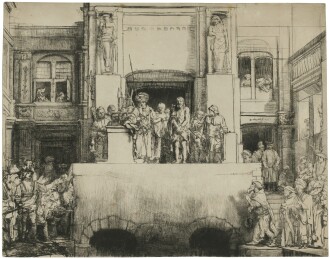 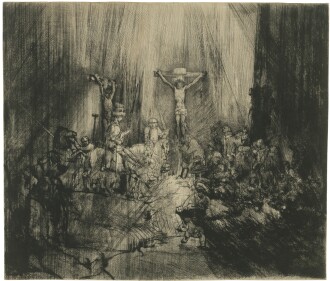 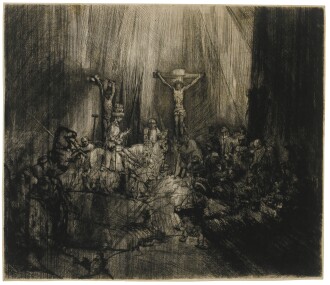 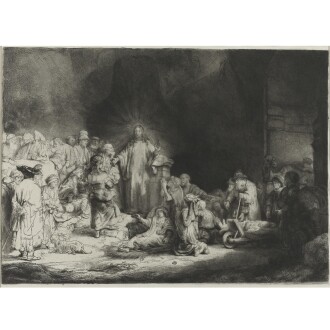 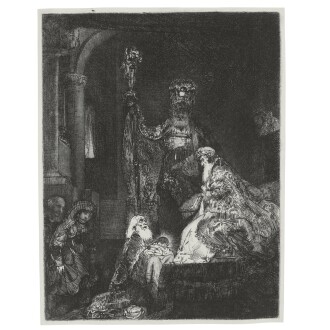 Rembrandt Harmensz van Rijn is considered to be perhaps the greatest artist of the Dutch Golden Age, the period in 17th-century Holland that also produced such masters as Frans Hals and Johannes Vermeer. Rembrandt was born in Leiden, The Netherlands, on 15 July 1606, and by 1632 lived in Amsterdam, where he established himself as one of the most sought-after portraitists of the time. He was famous in his lifetime, developing a style of painting that owed a debt to the Italian Baroque artist Caravaggio, who had died in 1610.

Like Caravaggio, Rembrandt’s work combined highly realistic figures with dramatic lighting – his style was at times theatrical, and often psychologically penetrating. A prolific painter, Rembrandt created works in many genres – commissioned portraits, history paintings, religious scenes, and self-portraits that are among the most famous and influential in all of art history. Rembrandt was also a brilliant draftsman and etcher; indeed, his many etchings, widely distributed, were a key reason his fame travelled far from his native country. A profligate spender, Rembrandt fell into bankruptcy in 1656, and when he died 13 years later, was buried in an unmarked grave.

Although Rembrandt died penniless, his paintings have been highly prized for centuries and are at the center of many of the world’s greatest museum collections, including the Rijksmuseum, Amsterdam; the Musée du Louvre, Paris; and the Metropolitan Museum of Art, New York. Because they are mostly in museums, Rembrandt’s paintings rarely come to auction – just one was sold in 2017. For those lucky enough to acquire one, the market has been reliably positive. According to Sotheby’s Mei Moses, the average compound annual return for a Rembrandt at auction is 8.5%, on par with Contemporary Art over the past ten years as well as with the long-run rates on U.S. equities. 90% of works by Rembrandt bought at auction increase in value. 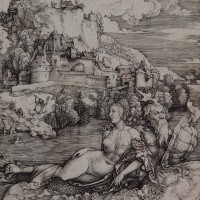 Type: museum
Rijksmuseum
Amsterdam
Type: museum
The Frick Collection
New York, New York | New York
Type: museum
National Gallery of Art, Washington
Washington D.C.
Type: museum
Musée du Louvre
Paris
Type: museum
The Metropolitan Museum of Art
New York, New York | New York
Type: museum
J. Paul Getty Museum at the Getty Center
Los Angeles, California | California
Type: museum
Museum of Fine Arts, Boston
Boston, Massachusetts | Massachusetts
Type: museum
Mauritshuis
The Hague
Type: museum
State Hermitage Museum
St. Petersburg
Type: museum
Gemäldegalerie
Berlin
Type: museum
Nationalmuseum
Stockholm
Please note that prior performance of the indexes and realized returns contained herein does not guarantee future results. In addition, there is no guarantee that random collections of individual works of art or stocks will yield index returns. We are not financial advisors and we are not in the business of recommending art as an investment. We also have no comparative advantage in forecasting the future direction of the art market. Investment decisions should be based on the risk return tolerance and time horizon of the investor with, if desired, the support of a licensed financial advisor. This information is provided "as is" and with no representations or warranties either express or implied of accuracy, merchantability, fitness for a particular purpose or of any other nature are made with respect to this information or to any expressed views presented in this information.