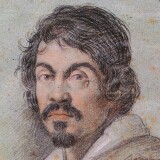 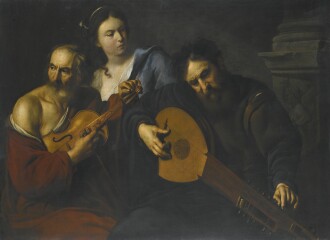 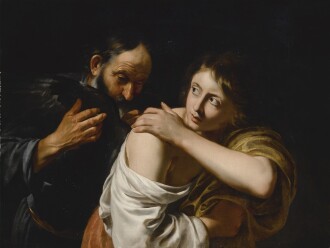 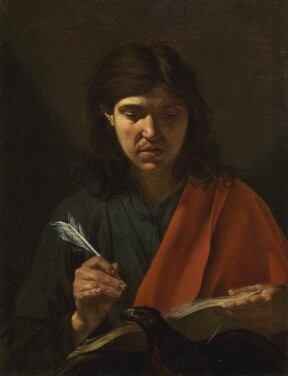 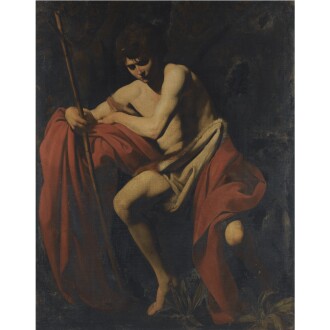 Italian Baroque painter Caravaggio is among the most influential and revolutionary artists in the canon of Western art history. Reknowed for combining intense psychological insight with dramatic lighting and color, he interpreted biblical scenes and figures in contemporary surroundings, attitudes and dress. His heightened artistic ability was matched only by his turbulent persona of tempestuous behavior, violence and crime.

Born Michelangelo Merisi da Caravaggio in 1571, the artist supplemented his early training under the Milanese painter Simone Peterzano with visits to see the works of Giorgione, Titian, and da Vinci. He eventually moved to Rome to secure prestigious commissions, where he would develop his career, producing major works of the Baroque period. His paintings from the turn of the century, such as The Calling of Saint Matthew (1599-1600), exemplify the intense tenebrism, or dramatic chiaroscuro for which Caravaggio is known. The painting’s sharp lighting intensifies the immediacy of the scene and the psychological depth of the characters. Works such as Madonna di Loreto reflect Caravaggio’s integration of saintly figures into his contemporary world. In contrast to the traditional representation of Mary in her home surrounded by angels, Caravaggio painted the Virgin as a common woman receiving poor, dirty pilgrims into her home. Thus works such as the Loreto Madonna reflect the efforts of the Counter-Reformation to welcome believers from any social or economic status back into the fold of Christendom. The highly theatrical nature of his works inspired later major artists known as the Caravaggisti, including Artemesia Gentileschi, Geroge de la Tour and Carlo Sellitto.

Caravaggio stands as one of the major masters of all of Western art history, and his works constitute the most visited galleries of the world’s major museums, including the Metropolitan Museum, New York; the Louvre, Paris; the National Gallery, London; and the Galleria Borghese, Rome. His works sell for hundreds of millions of dollars, and continue to captivate contemporary viewers around the world. 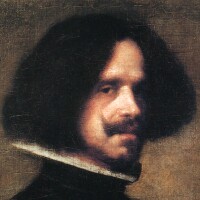 Type: artist
Category: Artist
Diego Velázquez
View Profile
Please note that prior performance of the indexes and realized returns contained herein does not guarantee future results. In addition, there is no guarantee that random collections of individual works of art or stocks will yield index returns. We are not financial advisors and we are not in the business of recommending art as an investment. We also have no comparative advantage in forecasting the future direction of the art market. Investment decisions should be based on the risk return tolerance and time horizon of the investor with, if desired, the support of a licensed financial advisor. This information is provided "as is" and with no representations or warranties either express or implied of accuracy, merchantability, fitness for a particular purpose or of any other nature are made with respect to this information or to any expressed views presented in this information.