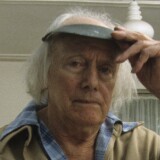 Works by Paul Delvaux at Sotheby's 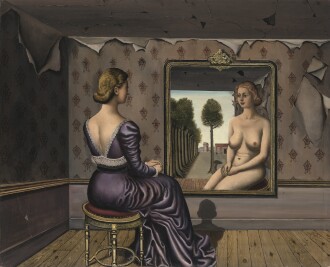 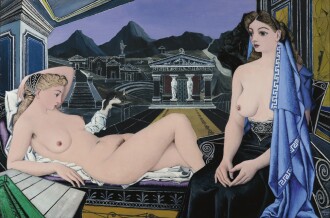 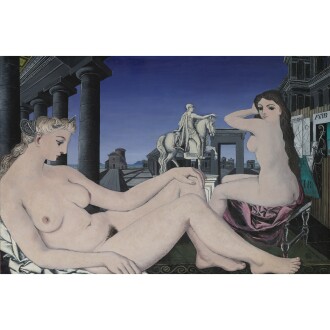 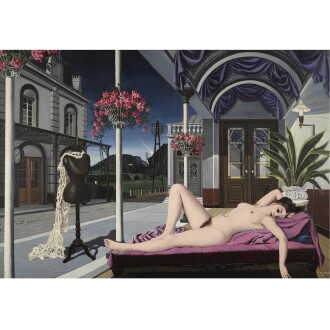 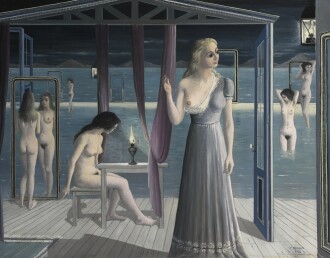 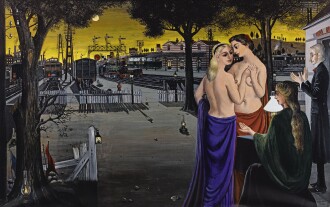 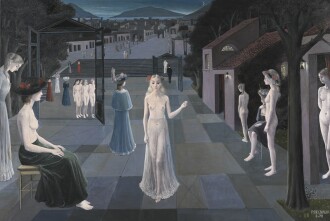 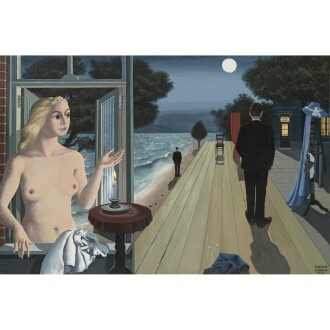 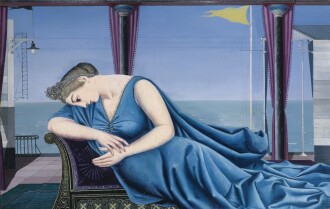 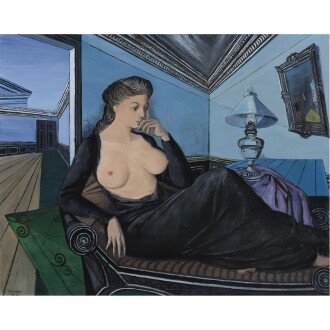 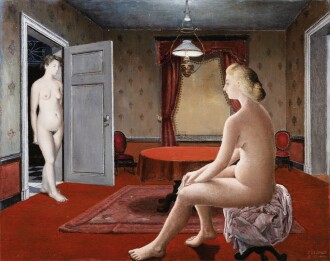 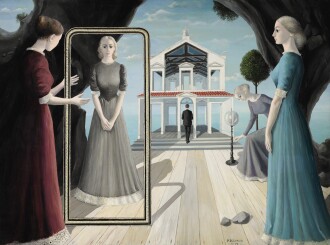 Drawing on the formative experiences of his youth, Paul Delvaux’s shadowy, dream-like paintings convey a profound sense of curiosity and unease. In the Surrealist tradition of “poetic shock,” Delvaux’s art combines a bizarre set of recurring visual motifs to create eerie, disquieting scenes: nude women wander transfixed through darkened railway stations, grimacing skeletons peer from the shadows and puzzled scientists confer in long corridors. While he did not formally align himself with the Surrealists, Delvaux was distinctly indebted to artists like Giorgio de Chirico, René Magritte and Salvador Dalí, and the hallucinatory quality of his paintings was admired by the movement’s founder, André Breton.

Born in 1897 in Antheit, Belgium, Delvaux studied architecture and decorative painting at the Académie Royale des Beaux-Arts in Brussels. Initially influenced by Post-Impressionist and Expressionist painters, Delvaux had his first solo exhibit in 1925. Around 1933, Delvaux’s style evolved to reflect the influence of de Chirico, whose use of atmospheric shadow and classical motifs is echoed in Delvaux’s work. In 1936, Delvaux’s paintings were shown at the Palais des Beaux-Arts in Brussels, alongside the work of fellow Belgian painter René Magritte, and in 1938 he participated in the Exposition Internationale du Surréalisme at the Galerie des Beaux-Arts in Paris. Visits to Italy in the late 1930s, where Delvaux admired Roman architecture and 16th-century mannerist paintings, inspired further stylistic developments. Beginning in the 1950s, Delvaux executed a number of mural commissions, including a 1959 mural at the Palais des Congrès in Brussels. Delvaux died in 1994 in Veurne, Belgium, at the age of 96.

Delvaux was recognized with many honors and appointments in his later life. In 1950, he was appointed professor at the École Superieure d’Art et d’Architecture in Brussels, where he taught until 1962, and from 1965 to 1966, Delvaux served as the President and Director of the Académie Royale des Beaux-Arts of Belgium. In 1982, the Paul Delvaux Museum was opened in Saint-Idesbald, Belgium, which houses the largest collection of the artist’s work. Delvaux’s work is also collected by numerous institutions around the world, including the Metropolitan Museum of Art, New York, the Art Institute of Chicago, the Peggy Guggenheim Collection, Venice, and the Tate Gallery, London.

Museums with Works by Paul Delvaux

Type: artist
Category: Artist
René Magritte
View Profile
Please note that prior performance of the indexes and realized returns contained herein does not guarantee future results. In addition, there is no guarantee that random collections of individual works of art or stocks will yield index returns. We are not financial advisors and we are not in the business of recommending art as an investment. We also have no comparative advantage in forecasting the future direction of the art market. Investment decisions should be based on the risk return tolerance and time horizon of the investor with, if desired, the support of a licensed financial advisor. This information is provided "as is" and with no representations or warranties either express or implied of accuracy, merchantability, fitness for a particular purpose or of any other nature are made with respect to this information or to any expressed views presented in this information.