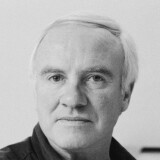 Born 1936, United Kingdom. Died 2005.
Interested in selling a work by Patrick Caulfield?
Get an Estimate

Works by Patrick Caulfield at Sotheby's 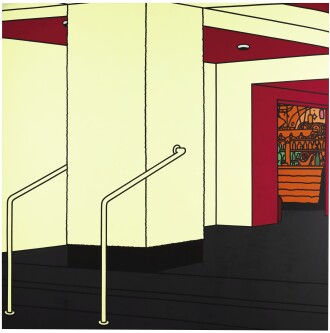 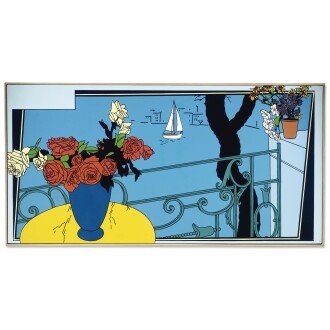 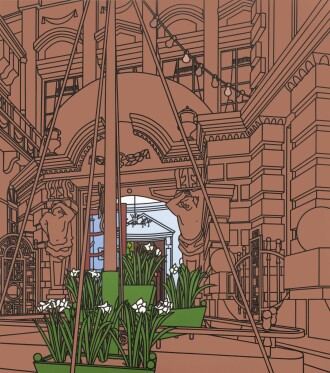 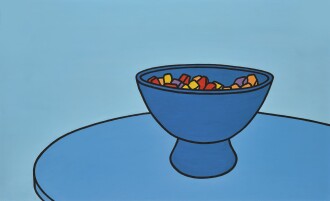 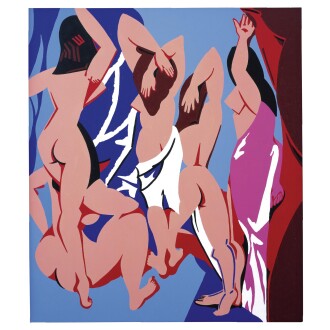 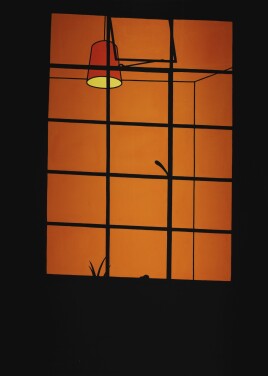 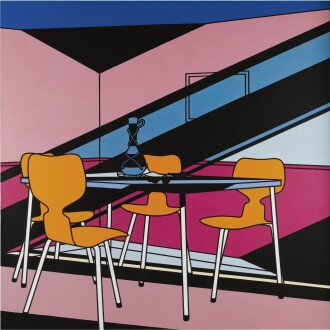 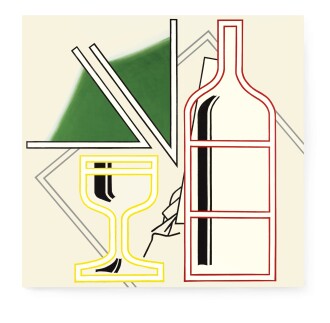 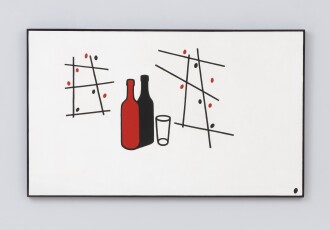 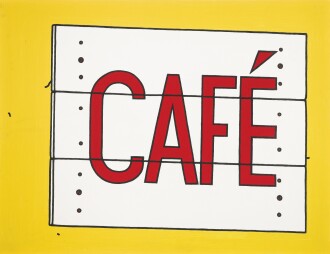 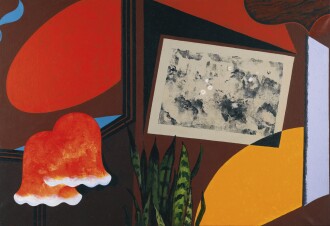 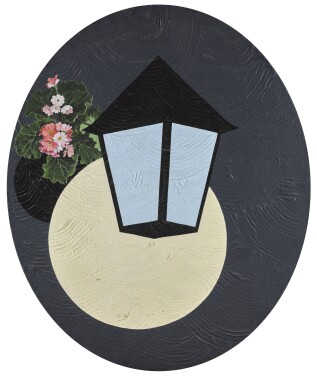 Born in in 1936 in West London, Caulfield studied at the Royal College of Art and the Chelsea School of Art, where he taught until the early 1970s. He began to experiment with passages of relative realism juxtaposed with planes of unmodulated color and bold outline. He was included in the Whitechapel Gallery’s 1964 New Generation show, which confirmed his inclusion in the Pop Art movement, although he consistently refuted the association. The following year, he represented Britain at the Paris Biennale, where he was awarded the Prix des Jeunes Artistes. Throughout the 1980s, he turned to subjects that engaged with contemporary social issues, and his figurative works became increasingly pared down. He completed many commissions throughout the 1990s, including the stained glass for London’s The Ivy restaurant, a carpet for the British Council’s Manchester headquarters, and the doors at Portsmouth Cathedral.

Caulfield was nominated for the 1987 Turner Prize and was made a CBE in 1996. He had multiple major solo exhibitions including a retrospective at the Serpentine Gallery, and solo shows at Hayward Gallery (1999); Tate Liverpool (2006); Royal Academy (2006); and Tate Britain (2013). His works can be found in the Victoria and Albert Museum, London; the Tate Modern, London; the National Museum of Wales, Cardiff; and many other artistic institutions. Three of his major works were destroyed in a warehouse fire along with others by John Walker, R. B. Kitaj, Howard Hodgkin in 2004. Since his death in 2005, his prints and paintings continue to garner admiration from collectors including Charles Saatchi and David Bowie. His works have been widely admired by collectors since his death in 2005. Foyer sold for $832,000 and Les demoiselles d'Avignon vues de derrière for $820,000, both at Sotheby’s.

Museums with Works by Patrick Caulfield