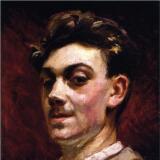 Works by Othon Friesz at Sotheby's 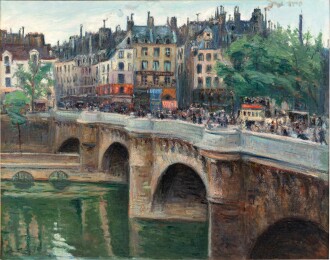 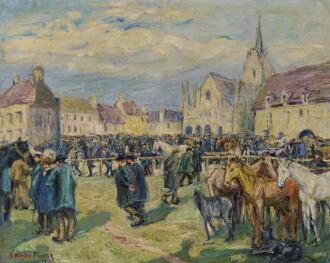 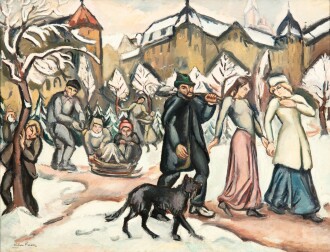 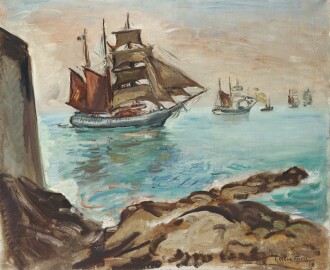 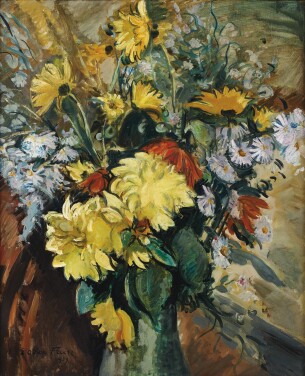 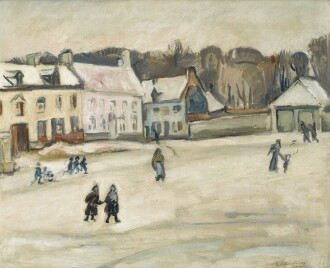 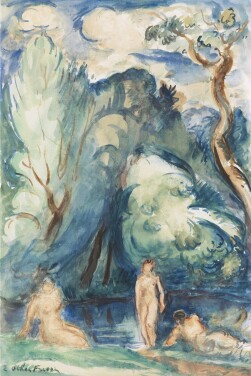 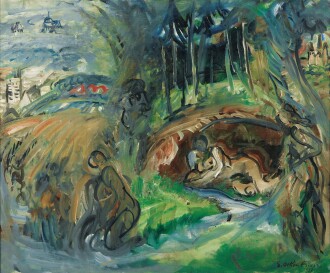 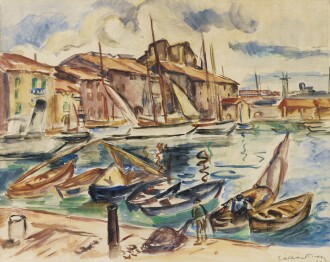 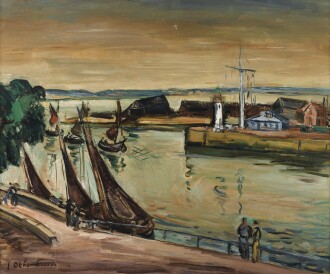 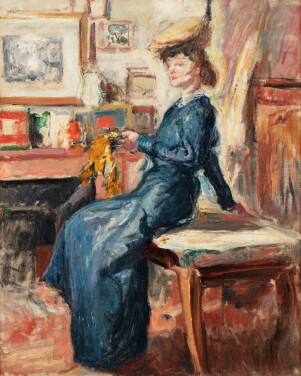 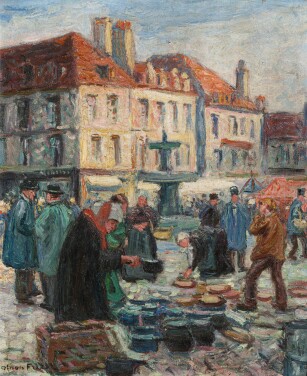 Othon Friesz was a founding member of the Fauves – the rebellious but short-lived movement known for its ferocious colors and exuberantly gestural brushwork – before returning to his academic roots.

Achille-Émile Othon Friesz was born on 6 February 6 1879 in Le Havre, the scion of a long line of shipbuilders and sea captains. He attended the lycée and the municipal art college in his native city and there met Raoul Dufy, with whom he went to Paris to pursue further study in art. In Paris, they befriended Henri Matisse, Georges Rouault, Maurice de Vlaminck and others who would revolt against the sober strictures of the Academy and develop the expressive, vibrant style known as Fauvism. Friesz participated in the watershed Salon d'Automne in 1905 that riffled the sensibilities of critics and the public at large but found an advocate in Ambroise Vollard. The Favues would exert a profound influence on the trajectory of modern art in the twentieth century, paving the way for expressionism in all its powerful iterations, but the group itself drifted apart a few short years later. By 1908, Friesz had all but abandoned brilliant colors and lyrical lines for a more stolid style, hearkening back to his early lessons from Charles-Marie Lhullier and Leon Bonnat but also evincing the compositional theories of Cézanne. In the last decades of his life, Friesz was a respected painter, illustrator and teacher in the academic tradition, holding professorships at the Académie Scandinave from 1929 and the Académie de la Grande Chaumière from 1941. He was active to the last, illustrating an edition of Petronius's Satyricon and producing a suite of twelve lithographs for Mauriac's Désert de l'Amour in the months preceding his death on 10 January 1949.

Friesz's work is represented in numerous major institutional collections, including the Hermitage in Saint Petersburg, the Musée du Petit Palais in Geneva and the Museum of Modern Art in New York.