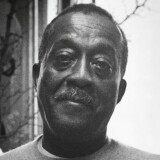 Works by Norman Lewis at Sotheby's 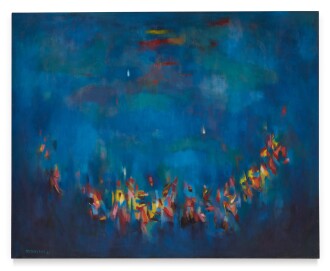 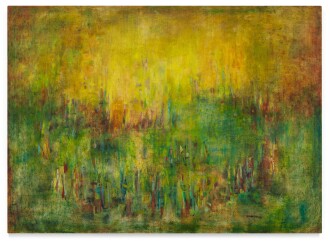 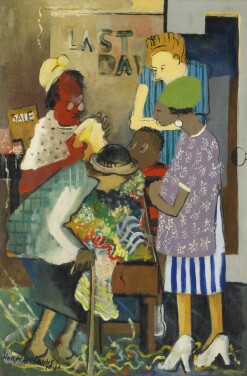 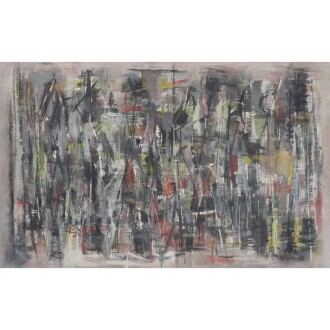 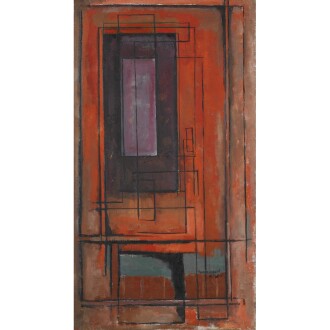 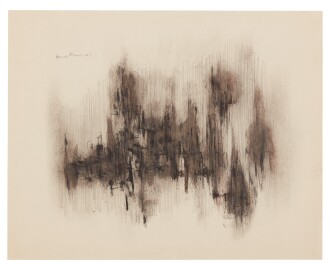 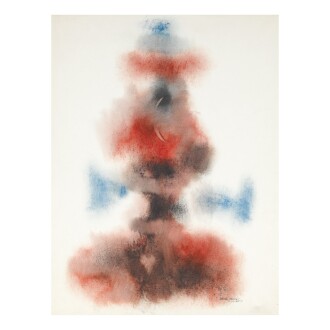 Born in 1909 in Harlem, New York, Norman Lewis tirelessly dedicated his life to his art and his community. Alongside the behemoths of Abstract Expressionism, including Jackson Pollock, Willem de Kooning, Mark Rothko, Clyfford Still, and Barnett Newman, Lewis stands as a critical member of this seminal group, and was indeed the only African-American artist present at the historic 1950 symposium at Studio 35 in New York, where the leading artists of the day coined their eponymous term.

Unlike his peers, however, Lewis resisted strict categorization, relentlessly exploring new media and motifs, engaging contemporary socio-political issues through both figuration and abstraction, and looking to sources as disparate as the European Modernists, African visual culture, and the early American Ashcan School.

A perpetual student at heart, Lewis attended classes at Columbia University Teachers College in the 1930s. He participated heavily at the Harlem Community Art Center in the 1940s and 1950s, where he met writers, musicians, and artists, including Jack Whitten. Lewis’s ongoing self-education, which included this engagement within his Harlem community, was supplemented by trips to the Museum of Modern Art, where he viewed the European masters like Vincent van Gogh and Wassily Kandinsky, and a fierce commitment to African-American social causes. The 1960s were a turning point for the artist, as he began to focus in a profound way on the subjects of race and civil rights. In response to the Ku Klux Klan, Lewis and other black artists formed Spiral, an activist group founded on a commitment to supporting the Civil Rights Movement and combatting the racism and threats posed by the white supremacist group.

He wore the hat of teacher with similar grace as that of artist, teaching art from 1965 to 1971 at Harlem Youth In Action, an antipoverty organization; and from 1972 until his death at the Art Student League. Among his honors were a Mark Rothko Foundation Grant and a National Endowment for the Arts Fellowship, both in 1972, and a Guggenheim Fellowship in 1975. His work is included in several prestigious museum collections, most notably those of The Museum of Modern Art, New York; the Smithsonian American Art Museum, Washington; the Museum of Fine Arts, Boston, and the Art Institute in Chicago.

Lewis passed away in 1979 in New York. Recently honored with a major retrospective, Procession: The Art of Norman Lewis, which traveled to the Pennsylvania Academy of the Fine Arts in Philadelphia, Amon Carter Museum of American Art in Fort Worth, and the Chicago Cultural Center, Lewis is only now gaining the significant critical and academic acclaim that he has long been overdue.