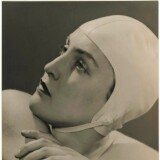 Works by Méret Oppenheim at Sotheby's 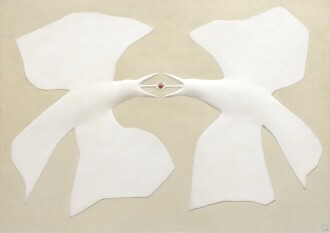 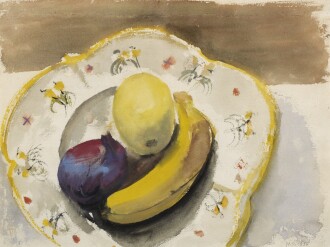 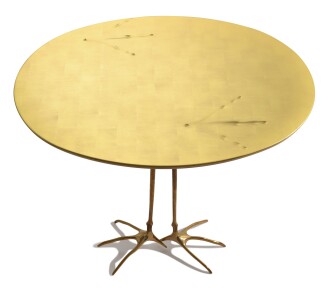 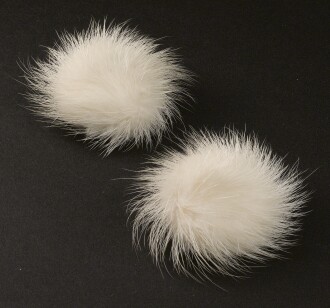 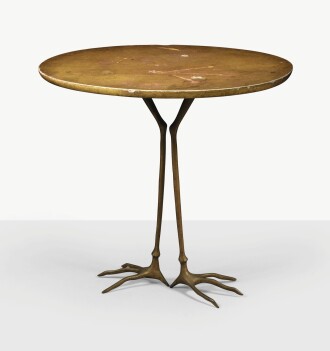 T he creator of what is widely considered the definitive Surrealist sculpture – Object (Le Déjeuner en fourrure), a tea set covered in gazelle fur – Méret Oppenheim was one of the few women in the Surrealist milieu who broke out of the passive role of model and muse to take her place alongside the movement's most daring inventors.

Méret (or Meret) Elisabeth Oppenheim, presciently named after an enfant sauvage in a Gottfried Keller novel, was born on 6 October 1913 in Berlin. At the outbreak of the Great War, in which her German-Jewish father was conscripted, she went to live with her maternal grandparents in Switzerland, where she was exposed to avant-garde art and philosophy. At eighteen, she moved to Paris; there, she studied painting at the Académie de la Grande Chaumière and befriended Hans Arp and Alberto Giacometti, who invited her to participate in the groundbreaking Surrealist exhibition at the 1933 Salon des Surindépendants. In 1936, Oppenheim held her first solo show in Basel, the same year she created her famous Object, which was purchased for fifty dollars by the Museum of Modern Art in New York – the museum's very first Surrealist acquisition – and included in its landmark exhibition entitled “Fantastic Art,” which also introduced intrigued new audiences to Hans Bellmer, Federico Castellon and Salvador Dalí. In 1956, Oppenheim designed the costumes for Picasso's play Le Désir attrapé par la queue and in 1959 she staged two different iterations of Spring Banquet (Le Festin), in which food was served on the body of a naked woman. In 1972, stung by the fact that she was still mainly recognized for her Object of three decades before, Oppenheim lampooned both herself and the art world establishment with a series of kitschy souvenir reproductions. She continued to work and exhibit until her death in on 15 November 1985 in Basel.

Oppenheim's archive and many artworks have been accessioned into public institutions in Bern, including the Museum of Fine Arts and the National Library. Her work can also be seen at the Moderna Museet in Stockholm, the San Francisco Museum of Modern Art and the Harvard Art Museums in Cambridge.