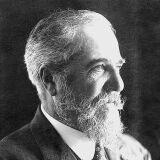 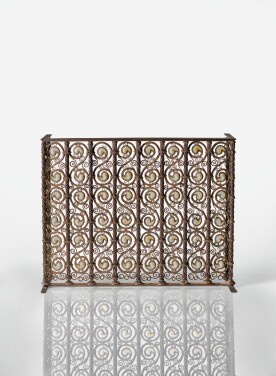 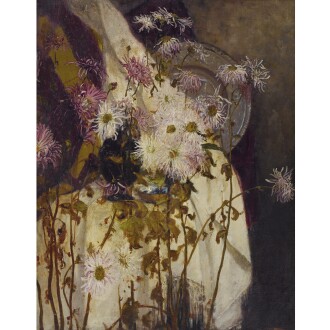 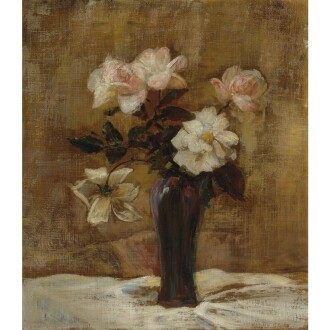 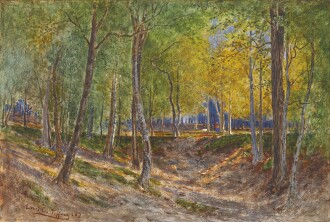 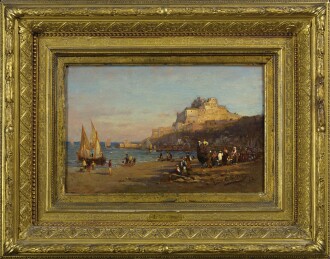 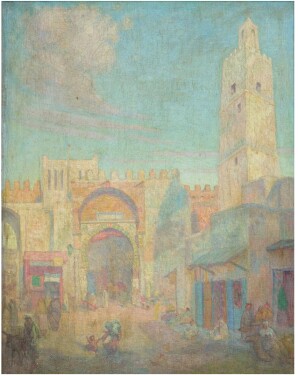 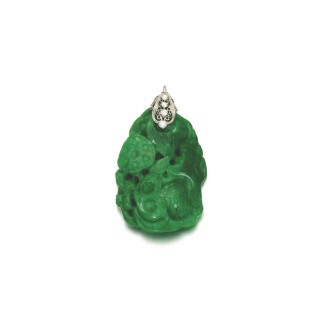 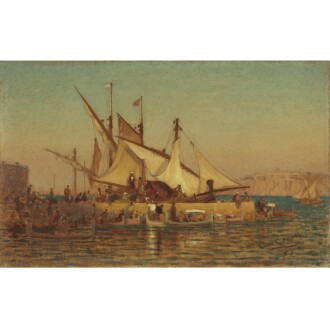 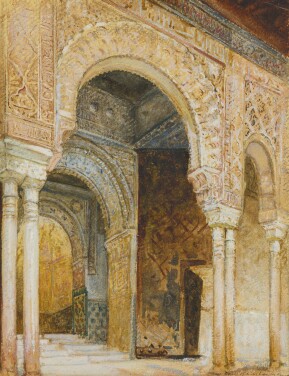 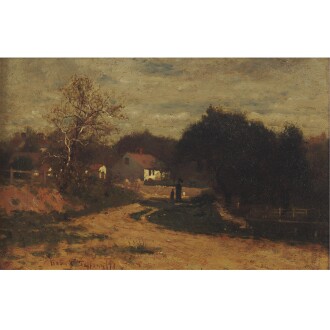 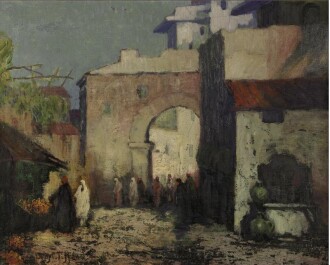 American artist Louis Comfort Tiffany is best known for his work in the decorative arts during the Gilded Age. He worked in stained glass, pottery, jewelry, textiles, and metalwork, using the aesthetics of the Art Nouveau and the Aesthetic movements. The son of Charles Lewis Tiffany, the founder of Tiffany’s jewelry, Louis was born into a world of refined taste, with access to rare materials of high quality. Best known for his stained-glass work, Tiffany became a renowned craftsman across the United States and in Europe, producing major commissions and high-profile projects.

Despite his father’s wealth and profession, Tiffany chose to study the fine arts rather than join the family business. Born in 1848 in New York City, Tiffany studied painting under George Inness and Samuel Colman, and later at the National Academy of Design in New York. He began his career as a painter, but turned to stained glass in the mid 1870s. He opened his own glass factory which was quickly successful; he was commissioned to design the interior of the Mark Twain house in Connecticut in 1881. The following year, President Chester Alan Arthur commissioned Tiffany to design the Entrance Hall of the White House, in addition to the Red, Blue, East, and State Dining Rooms. He next completed the installation of a glass curtain for the Palacio de Bellas Artes in Mexico City. He experimented with stained glass technique, finding new methods to produce iridescent finishes, and inventing lava glass and Favrile glass. His patented Favrile was then applied to Tiffany lamps and glass finishes; following his own artistic success, he eventually became the first design director of Tiffany & Co.

Louis Comfort Tiffany won the first of many gold medals at the 1900 Exposition Universelle in Paris, and he went on to win gold medals at the Expositions of St. Petersburg, Buffalo, Dresden, Turin, Jamestown, Seattle, Panama, and Philadelphia. He was a chevalier of the Legion d’Honneur, and an honorary member of the National Society of Fine Arts in Paris and the Imperial Society of Fine Arts in Tokyo. In 2006, the Metropolitan Museum mounted a major exhibit of his work, as did the New York Historical Society in 2007. His vases, lamps, and mosaics can be found in major museums around the world including the largest collection of his works at the Haworth Art Gallery in England.

Type: museum
The Metropolitan Museum of Art
New York, New York | New York
Type: museum
New-York Historical Society and Library
New York, New York | United States
Please note that prior performance of the indexes and realized returns contained herein does not guarantee future results. In addition, there is no guarantee that random collections of individual works of art or stocks will yield index returns. We are not financial advisors and we are not in the business of recommending art as an investment. We also have no comparative advantage in forecasting the future direction of the art market. Investment decisions should be based on the risk return tolerance and time horizon of the investor with, if desired, the support of a licensed financial advisor. This information is provided "as is" and with no representations or warranties either express or implied of accuracy, merchantability, fitness for a particular purpose or of any other nature are made with respect to this information or to any expressed views presented in this information.