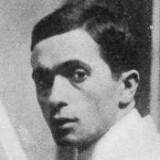 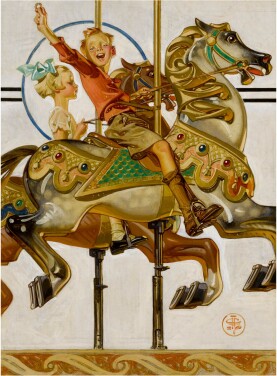 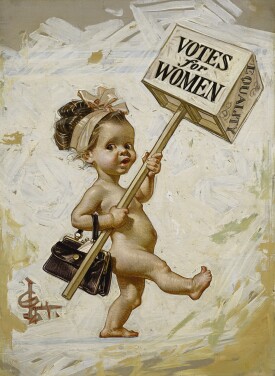 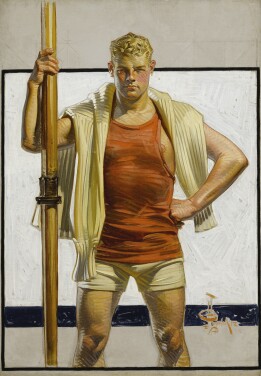 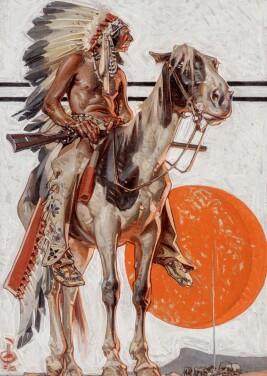 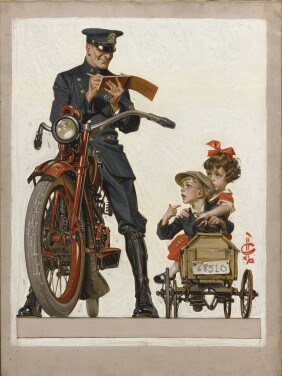 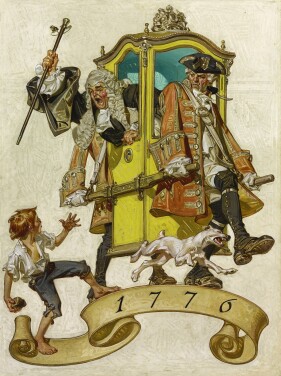 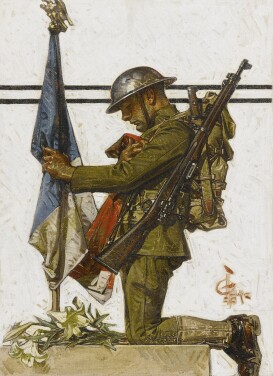 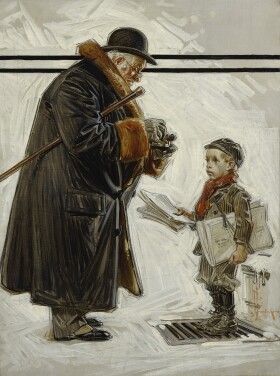 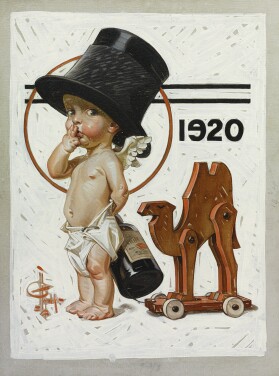 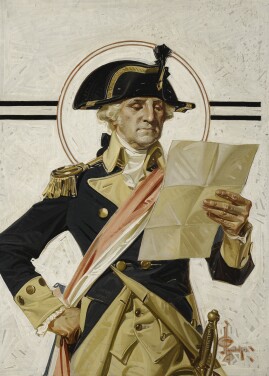 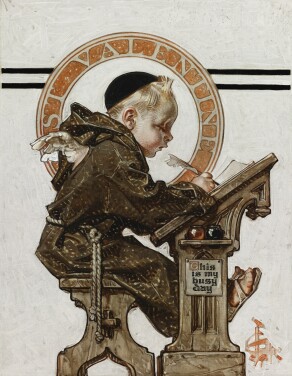 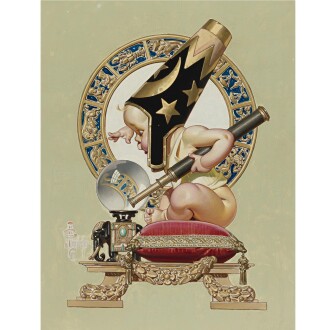 A gifted draughtsman and a true go-getter, J.C. Leyendecker was a central figure in the Golden Age of Illustration. As the inventor of the Arrow Collar Man, Leyendecker defined dapper manhood for the entire prewar generation, and as the creator of over 300 covers for the Saturday Evening Post, he revolutionized modern magazine design and chiefly informed Norman Rockwell's wistful vision of America.

Joseph Christian Leyendecker was born on March 23, 1874, in Montabaur, Rhine Province, Germany. In 1882, his family immigrated to Chicago, where his uncle was vice president of a prosperous brewery. In his youth, Leyendecker worked for a Chicago engraving firm, completed a commercial commission of biblical illustrations for the Powers Brothers Company and studied drawing and anatomy under John H. Vanderpoel at the Chicago Art Institute. In 1898, he and his younger brother, Francis Xavier, enrolled in the Académie Julian in Paris, and returned stateside the following year to establish a studio in the Chicago Fine Arts Building. That same year, Leyendecker received his first Saturday Evening Post commission, which began a decades-long relationship. In 1900, the brothers Leyendecker moved to New York City and won lucrative contracts with various menswear manufacturers; of chief importance to Leyendecker was that with Cluett Peabody & Company – the maker of Arrow collars and shirts. Appearing from 1905 to 1931, the fictional Arrow Collar Man (originally based on Charles Allwood Beach, the brothers' studio factotum and J.C.'s life partner) graced countless dormitory walls, received fan mail, and inspired a Broadway musical. Leyendecker's commercial career waned following the Great Crash and the ascendancy of color photography, although he continued to sporadically contribute Post covers until 1943. He died at his estate in New Rochelle, New York, on July 25, 1951.

Leyendecker's works currently reside at the Smithsonian Museum of American Art in Washington, DC, the Haggin Museum, Stockton, California, and the National Museum of American Illustration, Newport, Rhode Island, among many other notable institutions. Several of his best-loved Post covers have surfaced at auction in recent years, including Soldier Kneeling at French Memorial, which graced the June 1, 1918, issue and was sold by Sotheby's in 2017 for $212,500 against a high estimate of $60,000.