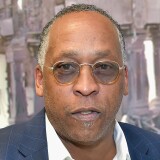 Works by Henry Taylor at Sotheby's 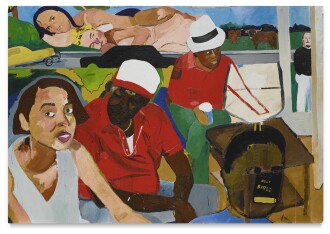 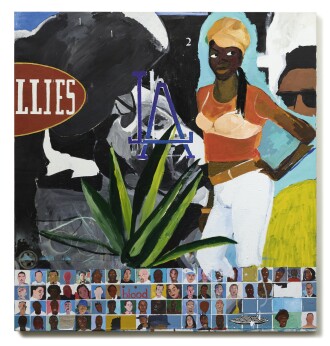 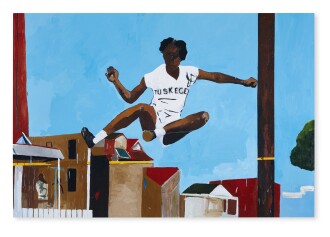 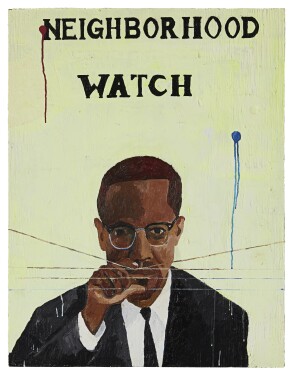 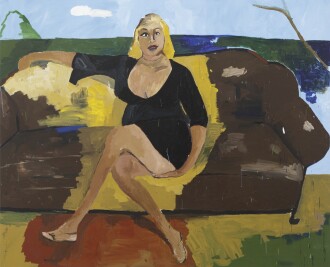 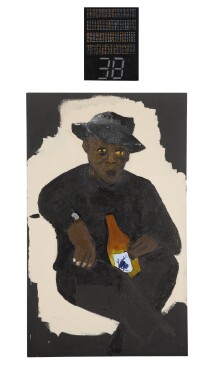 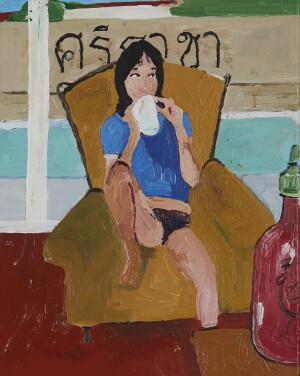 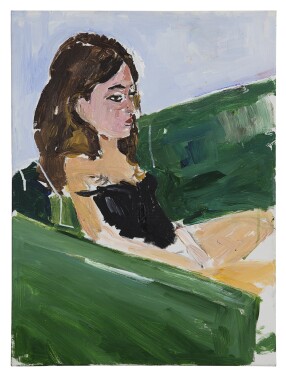 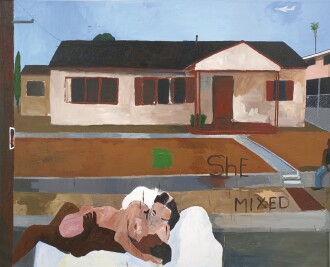 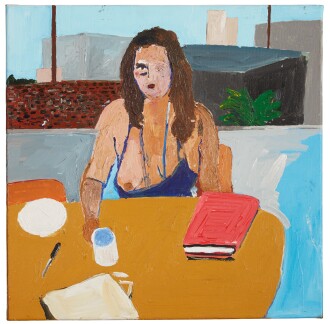 American contemporary artist Henry Taylor is best known for his portrait paintings, though he also works with sculpture and mixed media installations. The Los Angeles–based artist synthesizes imagery and figures from history, popular culture and personal experience to present complex social commentary. His works make careful reference to the history of art and the works of artists such as Alice Neel, Jean-Michel Basquiat, Henri Matisse, Francisco Goya, Diego Velazquez and Jacob Lawrence.

Born in Oxnard, California, Taylor studied art at Oxnard College under James Jarvaise, who introduced him to the work of Willem de Kooning and Jean Dubuffet. He worked for ten years as a psychiatric technician at Camarillo State Mental Hospital, where, during off hours, he would paint portraits of patients with a nuanced approach to their inner lives. He obtained his BFA at the California Institute for the Arts in 1995 while continuing to work at the hospital, and retired from psychiatric work two years later. Since the late nineties, Taylor has worked prolifically and vigorously, often turning to furniture, crates and cereal boxes as experimental canvases for his portraiture. In many ways, his work functions as a critical lens through which to view black life in America, both past and future. He often collapses historical periods; in his 2017 Cicely and Miles Visit the Obamas, which features an image of the young Cicely Tyson and Miles Davis (based on an original photograph of the couple at the premiere of Tyson’s 1968 film The Heart is a Lonely Hunter), transported to the Obama’s White House in a celebration of two power couples that enormously influenced their eras. The double portrait laments that Davis died over a decade before the Obamas occupied the White House, but its timeliness celebrates the Presidential Medal of Freedom which President Obama awarded Tyson just one year before Taylor’s painting.

Since the late 1990s, Taylor has been the subject of multiple solo exhibitions at the Studio Museum in Harlem, Blum & Poe in Los Angeles, the Santa Monica Museum of Art, and was the subject of a mid-career retrospective at MoMA PS1. His works can be found at the Institute of Contemporary Art, Boston, the Hammer Museum, Los Angeles, and the Carnegie Museum of Art, Pittsburgh.

Museums with Works by Henry Taylor

Type: museum
Hammer Museum
Los Angeles, California | California
Type: museum
Carnegie Museum of Art
Pittsburgh, Pennsylvania | Pennsylvania
Type: museum
ICA Boston
Boston, Massachusetts | United States
Cardholder + 3 Guests
Artist Image: 2019 Stefanie Keenan
Please note that prior performance of the indexes and realized returns contained herein does not guarantee future results. In addition, there is no guarantee that random collections of individual works of art or stocks will yield index returns. We are not financial advisors and we are not in the business of recommending art as an investment. We also have no comparative advantage in forecasting the future direction of the art market. Investment decisions should be based on the risk return tolerance and time horizon of the investor with, if desired, the support of a licensed financial advisor. This information is provided "as is" and with no representations or warranties either express or implied of accuracy, merchantability, fitness for a particular purpose or of any other nature are made with respect to this information or to any expressed views presented in this information.