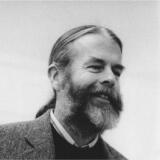 Past Lots by Fred Sandback 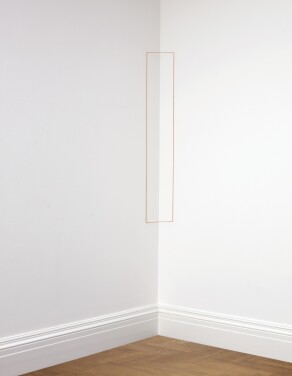 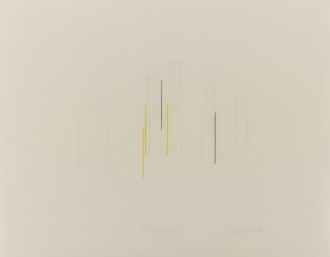 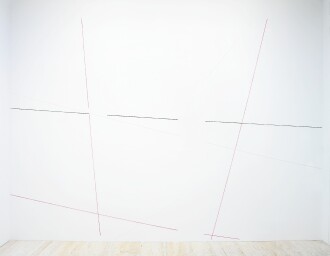 Fred Sandback was an important Minimalist sculptor, known for his yarn installations, drawings, and prints. Using simple store-bough acrylic yarns, Sandback secured threads to floors and walls to create outlined planes and volumes. These shapes are illusionistic, merely suggesting a form like a parallelogram or rhombus, and forces the viewer to complete their existence. Born in Bronxville, NY, Sandback was interested in music from a young age—stringed instruments in particular—which is often credited with having a lasting influence on his art. He studied philosophy and sculpture at Yale University, where he obtained both a BA and BFA in 1967, and then his MFA in 1969. While there, he was taught by visiting instructors Donald Judd and Robert Morris, who fostered his interest in Minimalism.

Sandback began exhibiting his work while still in school, with his first two solo exhibition taking place in Germany in 1968, at Konrad Fischer Galerie and Galerie Heiner Friedrich. His work has been subsequently exhibited regularly all over the world, and a permanent installation of his yarn sculptures can be found at Dia:Beacon in upstate New York. Sandback was one of the artists sponsored by the Dia Art Foundation, which allowed him to open an institution dedicated to his own work, the Fred Sandback Museum located in Winchendon, MA. Major museum retrospectives include those at the Kunstmuseum Winterthur in Switzerland, the Kunstmuseum Liechtenstein in Vaduz, and the Museum of Contemporary Art in Denver. Numerous institutions have collected his work, including The Museum of Modern Art in New York, the Centre Pompidou in Paris, the National Gallery of Art in Washington, D.C., and the Guggenheim Museum in New York, among others. Today, his estate is represented by David Zwirner gallery.