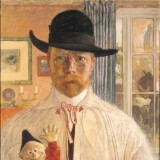 Works by Carl Larsson at Sotheby's 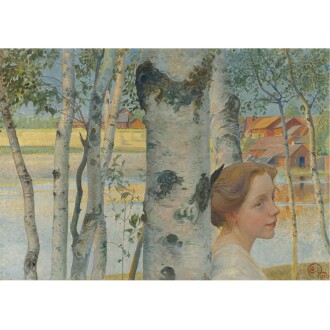 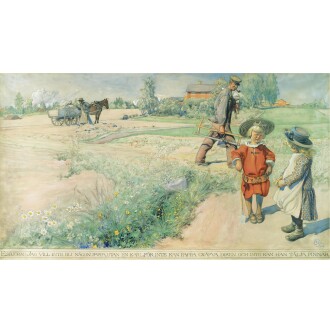 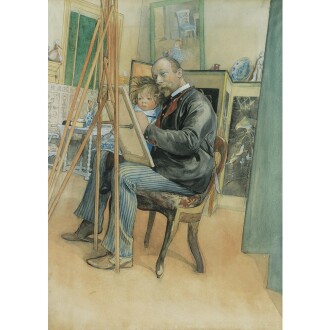 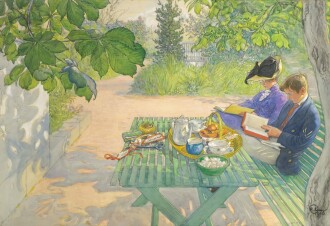 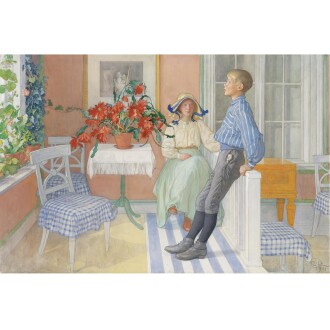 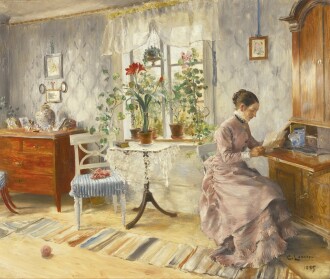 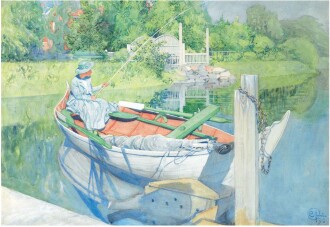 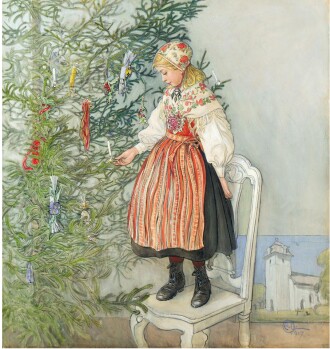 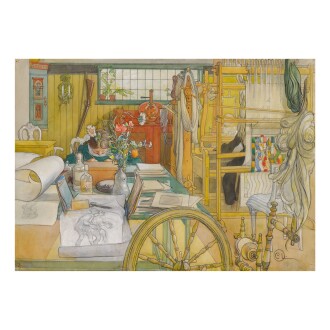 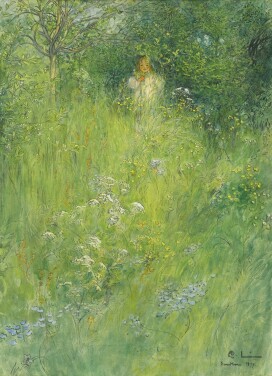 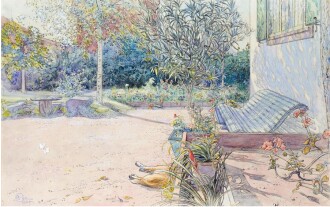 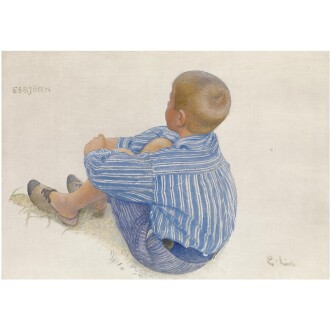 Characterised by his bright watercolours of family life, Carl Larsson represents the Arts and Crafts movement that shaped Europe in the late nineteenth century. His vision of ‘Swedishness’ is firmly embedded in the national psyche, whether in his depictions of a blossoming meadow or his children at play amidst the backdrop of his family home at Sundborn. Born in the old town of Gamla Stan, Stockholm in 1853, Larsson had a difficult childhood and was brought up in the poverty of a Stockholm slum. He had a challenging relationship with his father who worked as a casual labourer and drank heavily. Despite a tumultuous beginning, Larsson was able to paint as a means of escape, enrolling at the Royal Swedish Academy of Arts from the age of thirteen and eventually working as an illustrator from the age of eighteen, providing the artist with a form of employment for the next twenty years.

After a series of trips to Paris, where he continued to paint within the academic tradition, Larsson experienced a series of rejections from the Parisian artistic establishment including a refusal by the jury of the Paris Salon to show his large work At the Court Painter’s. Larsson, frustrated but still resolute, cut the work into pieces, distributed them amongst his friends and moved 40 miles south of Paris to the village of Grez-sur-Loing.

Grez proved to be a crucial turning point for Larsson as the artists’ colony there championed plein-air realism among international artists studying in France. Larsson, like many Nordic painters, went on his own distinct path and it was in Grez where he was able to perfect his characteristic watercolour technique. The presence of English, American, Norwegian and Japanese artists made for a healthy cross-pollination of ideas.

Happier news followed for Larsson after he met his future wife, fellow artist Karin Bergöö, in the village at a dance. They were married in Stockholm in June 1883, but returned to Grez the following year where their daughter Suzanne was born. The young Suzanne was a suitable and happy subject for Larsson to paint and here marked the beginning of his transition to maturity as an artist.

In the summer of 1895, Larsson went with his father-in-law, Adolf Bergöö, to the village of Sundborn where they saw the small property of Lilla Hyttnas, then inhabited by his father-in- law’s two sisters. This became Carl and Karin’s new home which, over the next few years, was transformed with a unique blend of arts and crafts interiors, Karen channelling her artistic talent into textiles, furniture design, and clothes for all the family. Over the following two decades Larsson produced a series of watercolours which depicted his growing family. They celebrate the country idyll and his works either feature the cottage’s interior or grounds. A few of these intimate series of watercolours have passed through Sotheby’s salerooms notably The Letter (1885) depicting Ulla, his great aunt engrossed in reading a letter amongst the floral decorations and local handicrafts; and Holiday Reading (1916) depicting Karin and his youngest son Esbjörn relaxing together on a sunny Sunday afternoon. Today their house in Sundborn is open to the public as a museum.

Whilst these works depict a happy family life, Larsson around the same period fought a bitter campaign to have the art authorities accept his controversial mural Midvinterblot (Midwinter Sacrifice), with which the artist sought to complete his decorative scheme at the Stockholm Nationalmuseum. Despite the support of friends, notably fellow painter Anders Zorn, Larsson finally admitted defeat in the face of widespread opposition in 1916, the same year as painting the present work, and Midvinterblot did not find its permanent place on the walls of the Nationalmuseum until 1997, following its sale at Sotheby’s ten years earlier.

Museums with Works by Carl Larsson