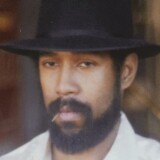 Born 1945. Died 2017.
Interested in selling a work by Barkley L. Hendricks?
Get an Estimate 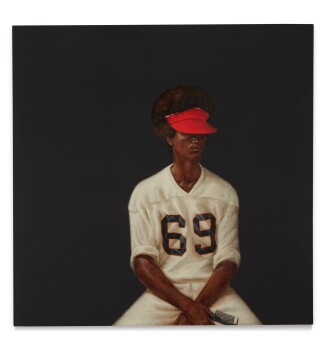 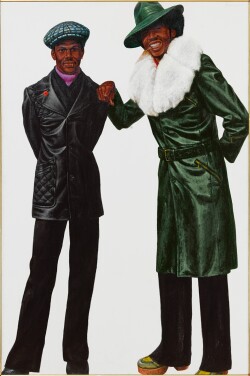 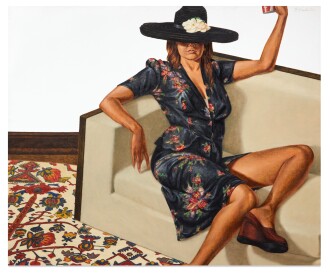 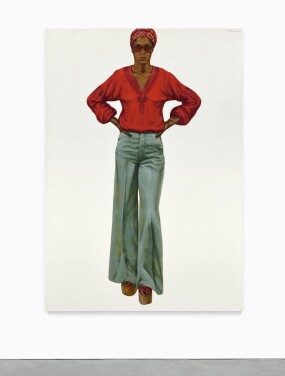 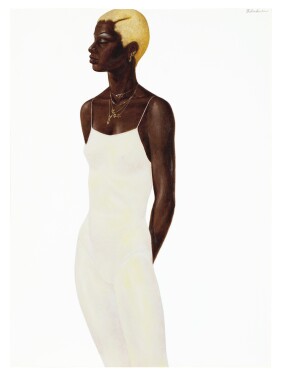 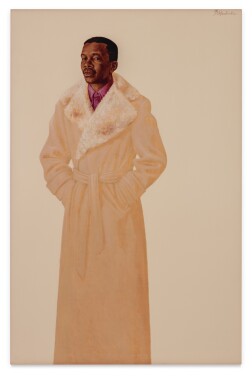 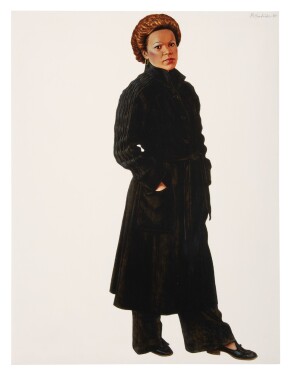 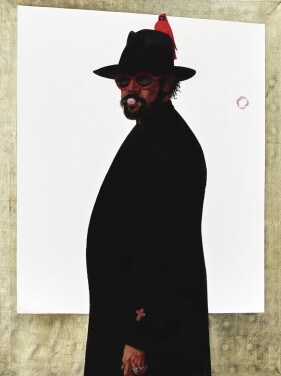 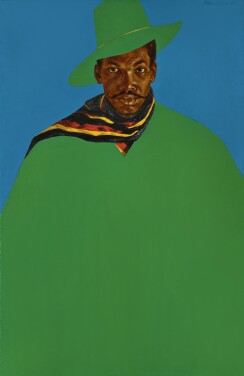 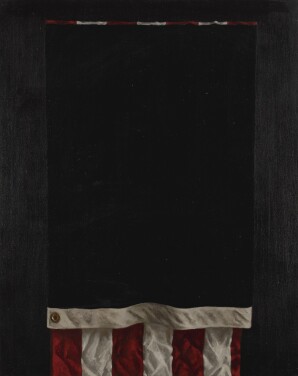 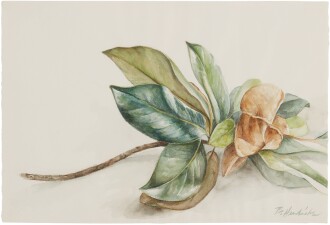 One of the most influential artists to have emerged in the late 20th century, Barkley L. Hendricks revolutionized portrait painting with his post-modern depictions of cool, stylish and self-aware black subjects. Produced mostly between the late 1960s and the early 1980s, his vivid, precise paintings and photographs of everyday black Americans liberated the black body from a white-centered gaze, with subjects gifted with an unprecedented degree of regality, autonomy and self-assertiveness. Hendricks technical brilliance, evident in his sensitivity to color and his meticulously crafted style, capture the nuances of darker skin tones and the textured articles of clothing that drape his statuesque figures, pictured against radiating monochromatic backgrounds.

Born in 1945 in Philadelphia, Pennsylvania, Hendricks attended Yale University, earning both Bachelor’s and Master’s degrees in Fine Art in 1972. Soon after he began teaching studio art at Connecticut College where he continued to teach until his retirement in 2010. During the mid-1960s, Hendricks experienced an important artistic realization that altered the direction of his life. While traveling in Europe in his twenties, Hendricks found himself at once awe-struck by the portraits of Old Master painters such as Rembrandt and Velásquez he saw and simultaneously dismayed by these same museums’ collective failure to represent people and artists of color. This experience led Hendricks to his decision to create portraits of black subjects, many of whom he knew personally, and imbue them with the elevated dignity, vulnerability and immediacy they had long been denied. Coaxing his knowledge of art history with his direct engagement in black popular culture, Hendricks forged a distinct style, ambiguously positioned between the provocative playfulness of Pop Art, the critical gravitas of Conceptual art and the incandescent grandeur of Baroque-style portraiture. His formally sophisticated identity-driven representations have set a critical precedent for a younger generation of artists including Kehinde Wiley, Kerry James Marshall and many more.

Hendricks had his first painting retrospective, Barkley L. Hendricks: Birth of the Cool, at the Nasher Museum of Art in 2008, curated by Trevor Schoonmaker, which then traveled to other prestigious museums in the United States. Hendricks’s work is also included in numerous public collections both in the US and abroad, including the Whitney Museum of American Art, New York; the National Portrait Gallery, Washington, DC; the National Gallery of Art , Washington, DC; Tate Modern, London; the Studio Museum in Harlem; the Philadelphia Museum of Art; Rubell Family Collection, Miami; and the Nasher Museum of Art, Durham, NC.

National Gallery of Art, Washington
Washington D.C.
Tate Modern
London
Whitney Museum of American Art
New York, New York | New York
Nasher Museum of Art at Duke University
Durham, North Carolina | North Carolina
Philadelphia Museum of Art
Philadelphia, Pennsylvania | Pennsylvania
National Portrait Gallery, Smithsonian
Washington, DC | DC
Rubell Family Collection
Miami, Florida | Florida
Please note that prior performance of the indexes and realized returns contained herein does not guarantee future results. In addition, there is no guarantee that random collections of individual works of art or stocks will yield index returns. We are not financial advisors and we are not in the business of recommending art as an investment. We also have no comparative advantage in forecasting the future direction of the art market. Investment decisions should be based on the risk return tolerance and time horizon of the investor with, if desired, the support of a licensed financial advisor. This information is provided "as is" and with no representations or warranties either express or implied of accuracy, merchantability, fitness for a particular purpose or of any other nature are made with respect to this information or to any expressed views presented in this information.